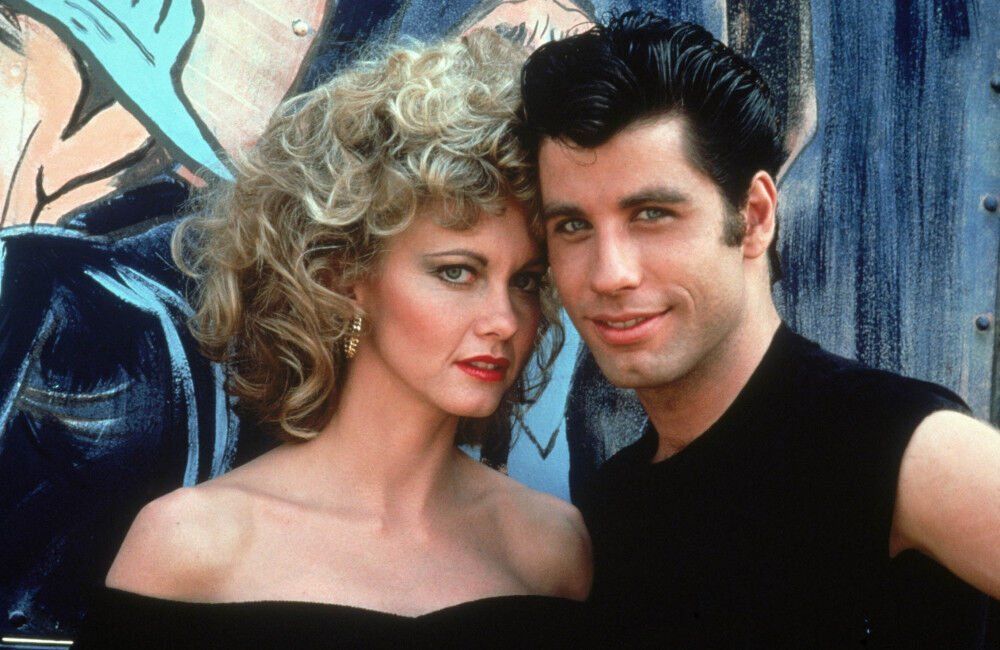 Tributes have been paid from around the world to Olivia Newton-John, who has died from cancer aged 73.

The British-born Australian singer and actress was best known for playing Sandy in Grease, one of the most successful film musicals ever made.

Her Grease co-star John Travolta said she "made all of our lives so much better" while its director said: "What you see is what you get with her."

She died peacefully at her California ranch surrounded by family and friends.

An actress and musician, Newton-John achieved commercial success as a country singer and sold millions of records globally.

But it was her role as high school student Sandy in the film Grease that catapulted her to worldwide fame.

The musical was the biggest box-office hit of 1978, and gave Newton-John three huge hit singles, including You're The One That I Want and Summer Nights, both performed with co-star John Travolta.

And it was a catalyst for change in both her image and her musical direction - shedding her innocent, country-pop image.

Following the news of her death, scores of fans, as well as famous figures from the world of entertainment, shared heartfelt messages and memories.

Actress Stockard Channing - who played Rizzo in Grease - said: "I don't know if I've known a lovelier human being. 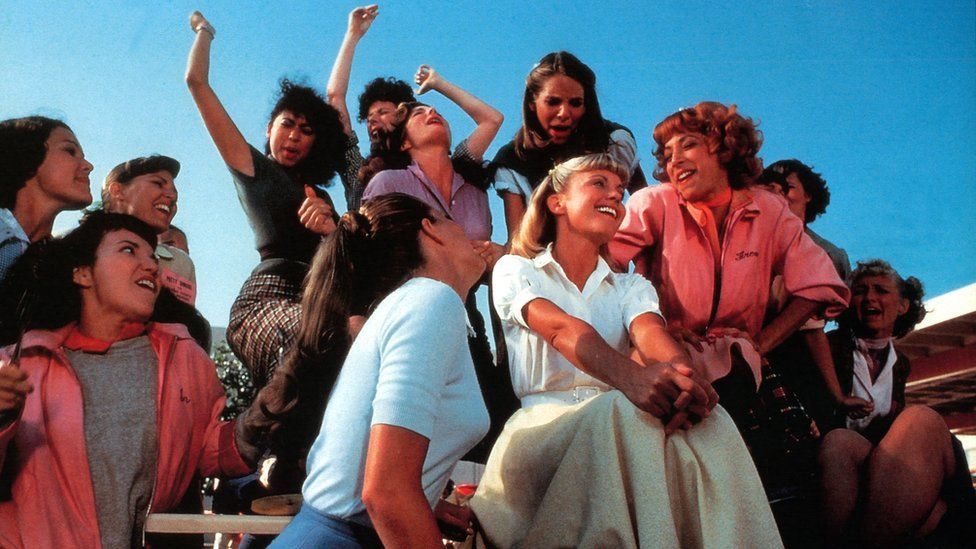 "Olivia was the essence of summer - her sunniness, her warmth and her grace are what always come to mind when I think of her. I will miss her enormously."

Singer Rod Stewart called her "the perfect lady, gorgeous, with great poise and with a certain Aussie sophistication".

"Her spandex trousers in Grease were my inspiration for my 'Da ya think I'm Sexy' era," he added, referencing the iconic tight black outfit that she wore at the film's finale.

US television host Oprah Winfrey said her "positivity was just infectious". "You'll be missed, Olivia," she wrote. "Here's to the good times."

Travolta wrote on Instagram: "Your impact was incredible. I love you so much. We will see you down the road and we will all be together again."

"Yours from the first moment I saw you and forever!" he added, signing off: "Your Danny, your John!"

The film's director Randal Kleiser said he had been friends with Newton-John for 40 years and "she never changed, she was always exactly the way everyone imagines her".

"She was charming, lovely, warm... There are so many clichés you can say about her, but in her case it was all true."

Asked what his everlasting memory of her will be, he told BBC Radio 5 Live: "Hanging out with her at her ranch. Seeing the real Olivia which was exactly like the Olivia she projected. No cameras around, no people around... she was exactly the same and as loving as ever."

Didi Conn, who played Frenchy in Grease, told BBC's Newsnight: "She was such a humungous, big, big pop star and her persona was of this beauty... pure and sweet. In the movie we would call her Miss Goody Two Shoes, you know, but simmering under that façade of innocence was a hot mama ready to come out."

Other tributes came from singers Kylie Minogue, who called her an inspiration, and Dionne Warwick, who called Newton-John "one of the nicest people I had the pleasure of recording and performing with".

Australian rock legend John Farnham, a long-time friend and with whom Newton-John released her final studio album, said she would be "greatly missed" and "behind that iconic smile was a tenacious fighter".

Olivia Moore, who is currently playing Sandy in Grease in London's West End, broke the news to a shocked audience at the end of Monday evening's performance.

Newton-John was first diagnosed with cancer in 1992 and went on to become a leading advocate of cancer research. Her charity, the Olivia Newton-John Foundation, has raised millions of pounds to support research.

In a statement, the hospital that runs the Olivia Newton-John Cancer Wellness and Research Centre in Melbourne - which was opened after the star's campaigning - said she "encouraged, inspired and supported" staff and patients every day.

"We are incredibly grateful for the special relationship we had with Olivia for many years. Her generous support and gift provided hope and changed the lives of thousands of cancer patients... She was the light at the end of the tunnel for many, many people."

Her efforts in the field were recognised by the Queen, who honoured her with a damehood in the 2020 New Year's Honours list.

In a statement posted to her social media channels, Newton-John's husband John Easterling said she had died on Monday, hailing her "a symbol of triumphs and hope for over 30 years, sharing her journey with breast cancer".

"Her healing inspiration and pioneering experience with plant medicine continues with the Olivia Newton-John Foundation Fund, dedicated to researching plant medicine and cancer." 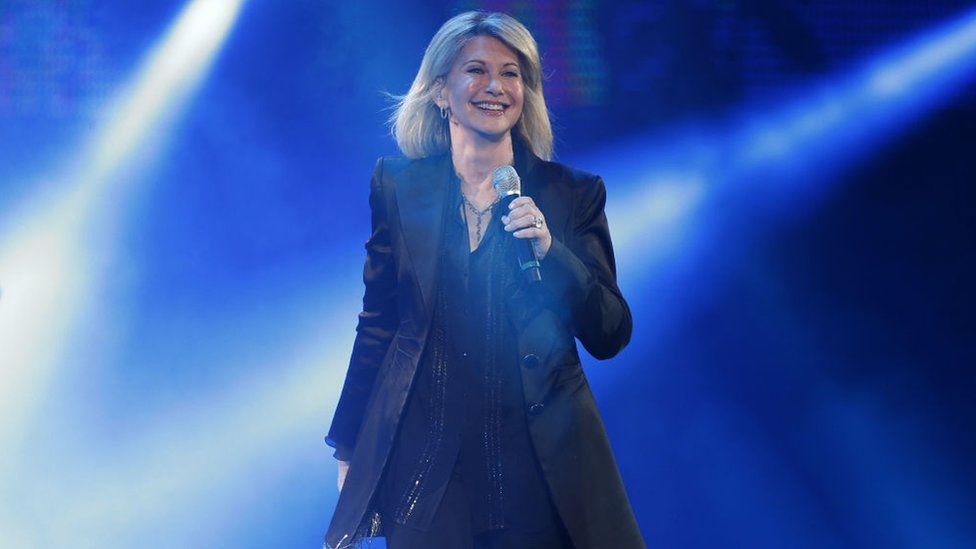 In later years, Newton-John became a cancer campaigner which led to the opening of an institute named after her in Melbourne

Newton-John was born in Cambridge on 26 September 1948.

Her father had been a British spy during World War Two. Her mother was the daughter of the German Nobel laureate, Max Born, and had fled with her family when the Nazis came to power in 1933.

The family moved to Australia in 1954, where she was raised.

Her breakthrough came in 1971 when she released a Bob Dylan-penned track, If Not For You, which reached number seven in the UK charts and featured on an album of the same name.

She won four Grammy awards and scored seven US number one hits between 1974 and 1977.

While critics never warmed to her audience-friendly style of music, the star forthrightly dismissed the reviews.

"It annoys me when people think because it's commercial, it's bad," she told Rolling Stone. "It's completely opposite. If people like it, that's what it's supposed to be."

In 1978 she became a global star with the release of Grease. The film, set in the 1950s, told the story of Sandy's summer fling with John Travolta's Danny and the difficulties the relationship encounters. In the end the pair reconcile, with Sandy having transformed her appearance.

In 2019, after being diagnosed with breast cancer for the third time, she was asked by CBS News how she coped.

"It was consuming my day and after a time I went 'you know what', I need to enjoy my life so I'm going to eat a cookie if I want it," she said.

"Because the joy of life and everyday living has to be a part of that healing process as well. So I've chosen that path to be grateful and to feel good about things because the other side's not so good."