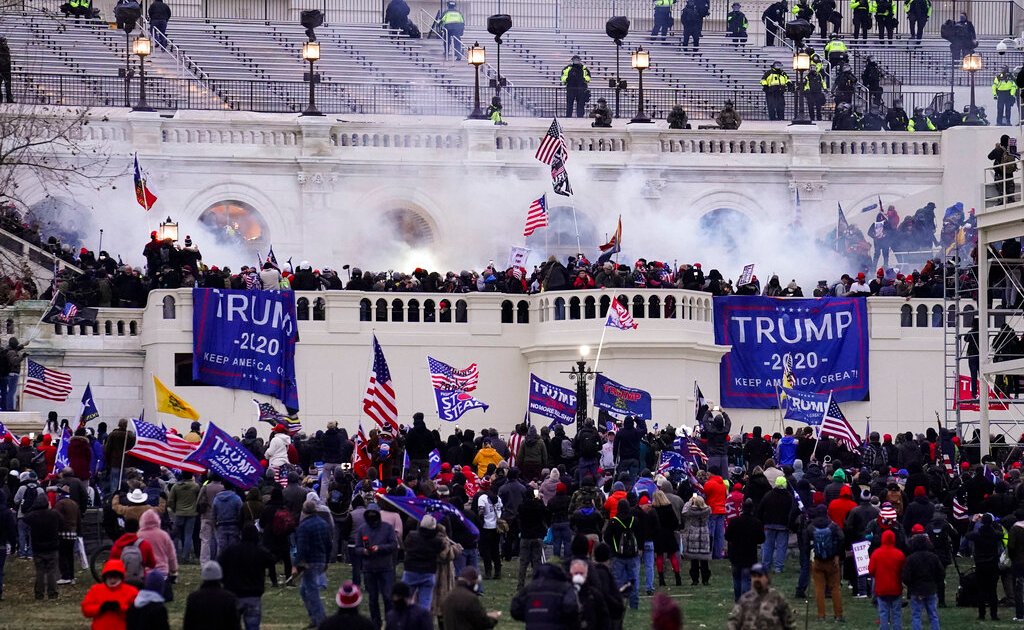 A United States congressional committee investigating the insurrection at the US Capitol last year has identified a seven-and-a-half hour gap in records of former President Donald Trump’s phone calls as the riot unfolded, US media outlets reported.

The gap in official White House records extends from a little after 11am until about 7pm local time (16:00 to 00:00 GMT) on January 6, 2021, The Associated Press and other US media outlets said on Tuesday, citing documents and people familiar with the probe being conducted by the US House of Representatives.

Trump had conversations on January 6 with a number of Republican lawmakers and others as his political supporters stormed the Capitol and interrupted Congress’s certification of President Joe Biden’s election win.

House investigators are looking at whether Trump was communicating through personal mobile phones, burner phones or phones passed to him by aides. The committee has subpoenaed phone companies for records and is awaiting data. 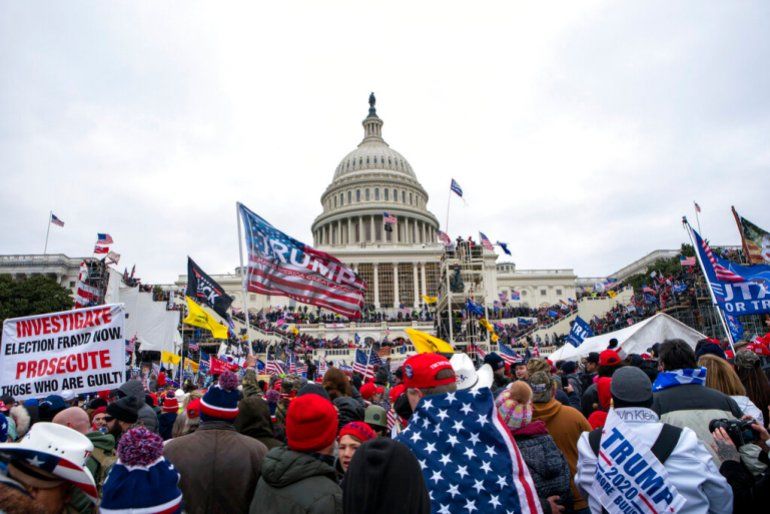 Eleven pages of records, consisting of the president’s official daily activities and the White House telephone logs, were turned over to House investigators by the National Archives earlier this year, according to CBS and The Washington Post newspaper.

The records show that Trump was active on the phone, speaking with eight people in the morning before the time gap, and 11 people in the evening afterwards, according to the reports.

The gap in information about Trump’s phone calls is frustrating House investigators’ efforts to create a comprehensive record of what the president was doing in the White House as hundreds of his supporters rioted at the Capitol.

During the missing hours, Trump gave a fiery speech at a rally near the White House, then watched as his supporters marched to the Capitol, overwhelmed police and marauded through the building for hours before they were finally kicked out by riot police at about 5:30pm local time (22:30 GMT).

Trump waited hours to tell his supporters via Twitter to stop the violence and leave the Capitol. At the rally that morning, he had called on them to “fight like hell”.

A spokesperson for the former president said on Tuesday that Trump had nothing to do with the records, and assumed any and all of his phone calls were recorded and preserved.

In a statement, Trump said, “I have no idea what a burner phone is, to the best of my knowledge I have never even heard the term.”

Among the unanswered questions House investigators are probing is how closely organisers of the rally coordinated with White House officials, including Trump.

Investigators have interviewed more than 500 witnesses, including several people in Trump’s inner circle who may be able to fill in the gaps in White House records. They are hampered, though, by the former president’s claims of executive privilege over his personal conversations, which have prompted some witnesses to refuse to answer questions.

The committee voted unanimously on Monday to hold former Trump advisers Peter Navarro and Dan Scavino in criminal contempt of Congress for their months-long refusal to comply with subpoenas.

A federal judge in California ruled on Monday that Trump’s lawyer John Eastman, an alleged planner of the insurrection, must release documents and provide testimony to House investigators.

Judge David Carter of the Central District of California, commenting on the case, described the attempt to overturn the results of the 2020 US election as “a coup in search of a legal theory”, arguing the president and his allies sought to criminally obstruct the work of Congress.

“If Dr Eastman and President Trump’s plan had worked, it would have permanently ended the peaceful transition of power, undermining American democracy and the Constitution,” Carter wrote.

More than 700 people have been arrested and charged in connection with the violence.