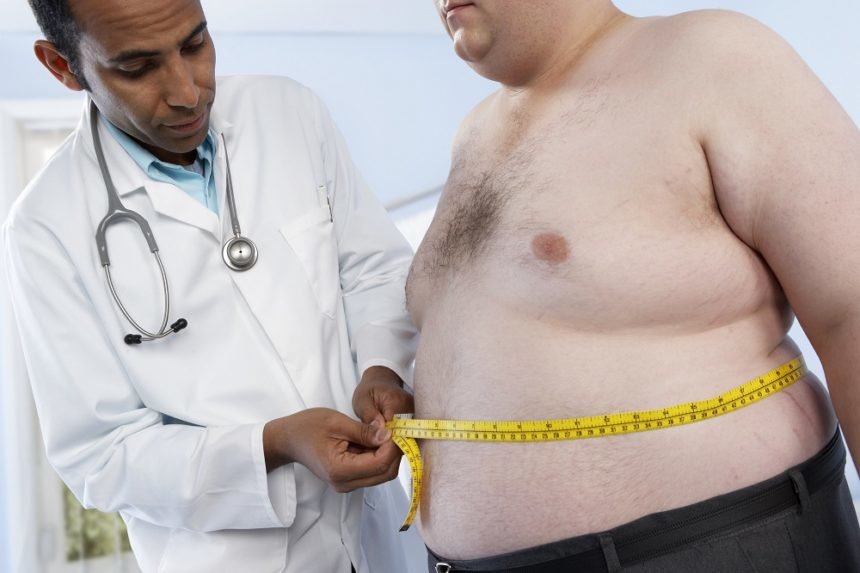 Obesity increases the risk of complications in Covid-19 patients

Obesity is among the conditions that can complicate the Covid-19 infection, causing patients to go to intensive care units and even death.
The Atlanta Center for Disease Control (CDC), places obese among about ten groups of people most at risk of becoming seriously ill.

They argued that people suffering from severe obesity have difficulty breathing, one of the complications that is present in people who became infected with Covid-19.

However, it is not the only problem, because people with obesity may also have morbidities such as diabetes and hypertension.

The situation in Panama

The endocrinologist, Gustavo Marciaga, explained that since Sars Cov-2 is a new virus, everyone has the same ability to become infected, but the possibility of getting complications varies in each individual due to the condition of their immune system.

In other words, the defenses that a healthy person has will not act the same as that of a sick person when fighting against the Covid-19 infection.

Marciaga explained that the possibility of complications increases in people with obesity, regardless of age, because their physical, metabolic and lung capacity are not in the best conditions and some suffer from other diseases.

The specialist notes that not only obese people are at risk, because they are overweight, but especially if they have other conditions such as diabetes, hypertension or as dyslipidemia, or too much fats in the arteries.

In these patients the risk is that they will come to intensive care rooms, a real fear at a time when it is not possible to define "with so much scientific certainty" which patients are going to complicate themselves by contracting the disease, Marciaga explained.

60% of all Panamanians are overweight and obese, a figure that does not deviate from world statistics, explained the endocrinologist.

He added that this reality should keep alerts raised and not remain in a "staggering state", but combat it with the help of a specialist and not magic formulas lacking scientific criteria that, very often, would help to deteriorate health.

In this sense, he indicated that people who were undergoing treatment to reduce their body mass before handling the virus should continue their treatment, in addition to healthy a diet and exercise regimen.

"They should not freeze that need to lose weight," he insisted.

He also recommended that people who are obese or are overweight and have a background disease to keep them controlled with the treatment they are giving to avoid complications from decompensation.

Hypertensive patients should maintain the indicated treatment and take the pressure every day, those who suffer from high cholesterol maintain a diet low in calories, simple fats and establish an exercise routine to develop at home.

For people with diabetes, Marciaga recommended a fasting glucose checkup, at least three times a week, as well as eating a healthy diet, and to stay away from junk foods.

Marciaga indicated that all these measures are important when taking into account that before the appearance of Covid-19, obesity was a disease that takes its toll in the long term. When you reach the age of 60, the pains in the knees, spine and the appearance of other pathologies such as diabetes and heart disease, but now it is a short-term risk for those who suffer from the infection, due to the complications that may arise.

He invited the population suffering from obesity to come and get the influenza vaccine, because the appearance of another respiratory infection linked to Covid-19 would complicate the conditions for an obese patient with reduced lung capacity to breathe, or those who snore at night.

Marciaga reported that in Panama there is currently no data on the percentage of deaths from Covid-19 who were obese, but in Mexico, where this disease is quite widespread, according to the World Health Organization of 7% of the Coronavirus death cases had bad eating habits, and exercised very little.

However, indicated Marciaga, the measures adopted by national authorities to contain the spread of the virus are allowing to manage the installed capacity (hospital beds and Intensive Care) and not to have an avalanche of patients that collapses the health system and Doctors and nurses find themselves in the need to select the patients to whom care should be provided.

An aspect that gives cause for concern in regional health entities such as the Pan American Health Organization.

On April 14, during a conference on updating Covid-19 in the Americas, the president of this organization Clarissa F. Etienne, explained that social distancing, a measure adopted in Panama, prevents hospitals from overflowing due to the coronavirus influx and other sick people at the same time. It would spare the doctors and nurses have to make “terrible decisions” as to which patient the bed spot is given or not.

In this sense, he indicated that an example of this capacity is that in the last 15 days the rates of patients in intensive care units have remained stable and were declining.
#COVID-19  #vaccine  #Covid  #Coronavirus
Add Comment