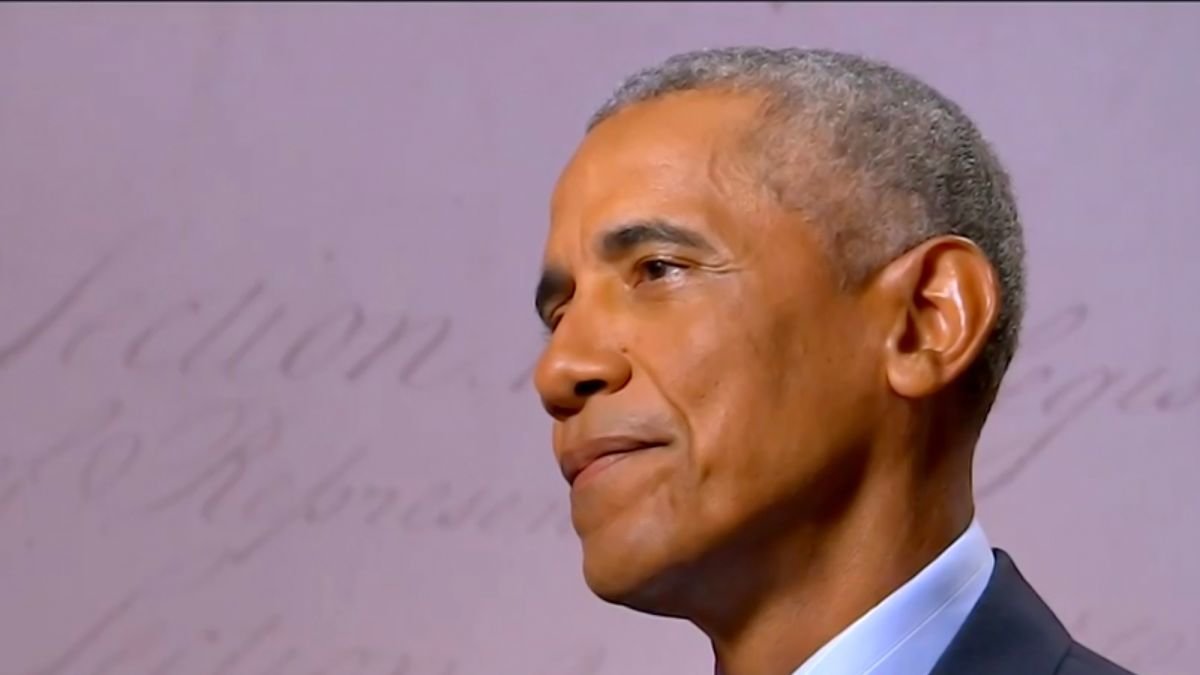 Former President Barack Obama skewered the state of America's media ecosystem, lamenting the fact that wild conspiracy theories such as QAnon have found haven in the Republican Party and calling out Fox News for its role in corrupting the public conversation.
In a Wednesday interview with "Pod Save America," a podcast hosted by former members of his administration, Obama described President Donald Trump as a "symptom" and "accelerant" of an environment flooded with bad information.

"When you look at insane conspiracy theories like QAnon seeping into the mainstream of the Republican Party, what that tells you is that there are no more guardrails within that media ecosystem," Obama said, referring to the baseless conspiracy theory that suggests top Democratic officials and Hollywood celebrities are Satanic worshipers complicit in child sex-trafficking rings.

Obama said it is important to "distinguish between people who vote Republican, and the Republican Party and the Republican media infrastructure."
The former President said some voters could potentially be persuaded to back Democrats, but that they are getting information distorted through a powerful lens that misrepresents them. He pointed to areas of the country that previously elected him and said it would be "fair to say" that "there's no way right now" he could get those votes.

"And the reason is because they see me only through the filter of Fox News, Rush Limbaugh," Obama said. "Those folks right now are just being fed what's coming through that filter."

Obama said that if Americans were getting their information from news professionals such as Walter Cronkite, "normal debates" between a liberal and conservative America could take place.

But the former President noted that Trump has chosen to exploit the "crazy" that is "being pumped out through these venues each and every day."

A representative for Fox News did not respond to a request for comment Thursday afternoon.

Limbaugh briefly responded to the comments on his radio program, suggesting Obama and Democrats would like to set up a "one-party everything" and take the "drastic" step of exiling "individual liberty and freedom on everything."
#Donald Trump  #Facebook
Add Comment