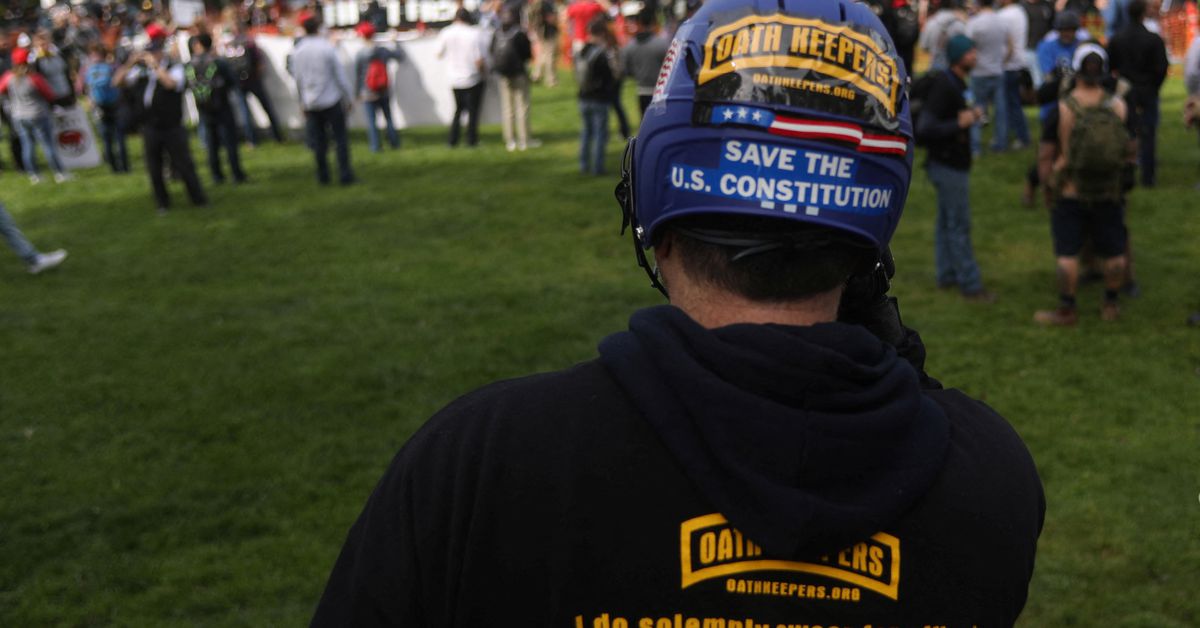 A member of the Oath Keepers extremist group brought explosives to the Washington, D.C., area ahead of the Jan. 6, 2021, attack on the U.S. Capitol by supporters of former President Donald Trump, according to the U.S. Justice Department.
In a court filing, federal prosecutors alleged that Jeremy Brown, an Oath Keepers member from Florida, drove explosives to a Virginia hotel in his recreational vehicle on Jan. 6. A second member of the group, Thomas Caldwell, was later found in possession of a "death list" that included the name of a Georgia election official, according to the document.

In a statement forwarded by his attorney, Caldwell denied the allegation against him. "The DOJ's claim that I sought to assassinate election workers is a 100% false and disgusting lie. Unfortunately, the mountain of exculpatory evidence that exonerates me is being hidden from public view by the DOJ through protective orders," the statement said.

A legal representative for Brown was not immediately available for comment.

The 28-page court document, filed on Friday in U.S. District Court in Washington, details evidence that the Justice Department is likely to present later this year at the seditious conspiracy trial of Oath Keepers members, including Caldwell and the group's leader Stewart Rhodes. It lists Brown as an unindicted co-conspirator.

The filing came as the congressional panel investigating the Jan. 6 riot prepared to hold two hearings next week. A hearing set for Tuesday is expected to focus on efforts to assemble Trump supporters including members of the Oath Keepers and Proud Boys extremist groups in the Capitol.

The Jan. 6 attack took place as Congress worked to certify President Joe Biden's 2020 election victory over Trump. U.S. Representative Liz Cheney, a Republican panel member, has said Trump could be held criminally liable for allegedly encouraging the attack with false claims that the election was stolen from him.

More than 840 people been charged with taking part in the Capitol riot, attacking police and sending lawmakers scrambling for safety. About 250 defendants have pleaded guilty, including some members of the Oath Keepers.
#Donald Trump  #Joe Biden
Add Comment