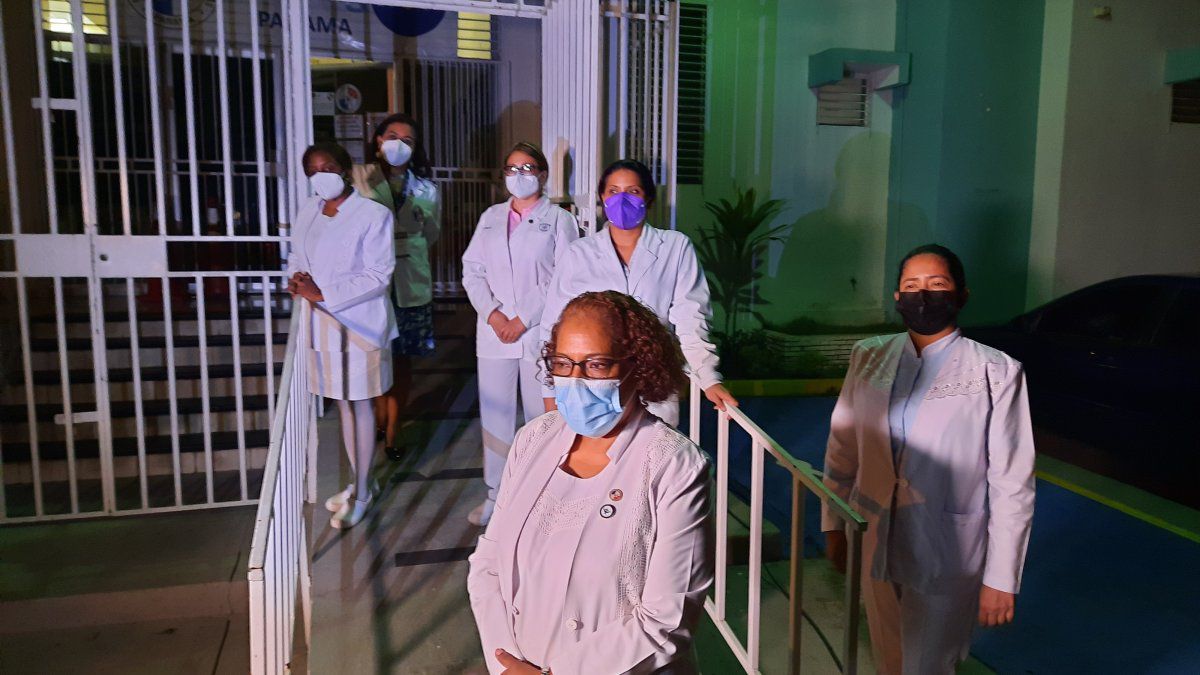 The work stoppage is for 24 hours starting at 7:00 am this Wednesday, April 28, throughout Panama, said Ana Reyes.
This Wednesday, April 28, the nurses began a 24-hour work stoppage , to demand a response from the authorities regarding the payment of expired terms and the permanent appointment of the 1,376 nurses who are on the payroll by contract.

The president of the National Association of Nurses of Panama ( ANEP ), Ana Reyes, reiterated that although it is true the authorities of the Ministry of Health (Minsa) and the Social Security Fund (CSS) have had approaches to address this issue, they have not Dates have been set to accomplish this, nor a signed commitment.

“We have always stated that we want the answers we are asking for signed, in black and white, a commitment, not in press releases, not through WhatsApp, it has to be a formality of commitment ... we had a meeting with the head of resources people from the Minsa and the CSS, but we reiterate and have told them the dates, we want a schedule for the transfer from eventual to permanent payroll, they do not tell us, we have asked them why the Ministry of Health and the central do not it has paid for the specialty scales”, emphasized the president of ANEP.

She added that this situation comes from the end of the previous administration, the negotiations began in 2015 and would be completed within three years, however, it was not, so at the beginning of the current administration they made contact with the authorities and the answers have not been achieved.

The president of the ANEP reiterated that during the work stoppage they should not neglect areas such as the Emergency Department and the vaccination days against COVID-19, because they are essential attentions.

She added that at 3:00 pm on Wednesday they will hold a new meeting with the authorities, and when 24 hours are completed they do not have an answer, the assembly will meet again to evaluate how the strike has been, the measures of the authorities, and if The demands they request are not met, other decisions will be made.

For his part, Dr. Alessandro Ganci, Minsa advisor, reiterated that to date the administration advanced the payment of 93% of the expired terms of 2014 to date for an amount of 7.6 million dollars.

He added that in relation to payments for postgraduate study, the revision of the manual of positions is currently required, which must be carried out in conjunction with the National Headquarters of Nursing and on April 30 a meeting will be held in this regard.

Regarding the transition from temporary to permanent contracts, Ganci pointed out that this should be gradual and stressed that 19 have already passed to permanence, 31 more nurses are in that process.
#MINSA  #COVID-19  #Covid
Add Comment