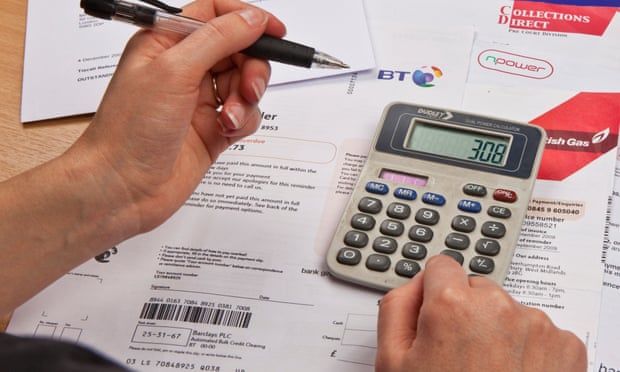 Number of UK households with large debts rises by a third

The number of UK households struggling with large debts increased by a third in 2021, even before the winter rise in energy prices and the removal of the £20 uplift in universal credit payments, research suggests.

Analysis of Bank of England research carried out by the Jubilee Debt Campaign found that in September 2021 almost 10% of households reported that loan and interest repayments were a heavy financial burden, a 35% increase on the previous year’s figures.

Households also reported that their average monthly loan repayments reached a record £373 in 2021, up 22% on the year before and the highest figure for at least a decade. 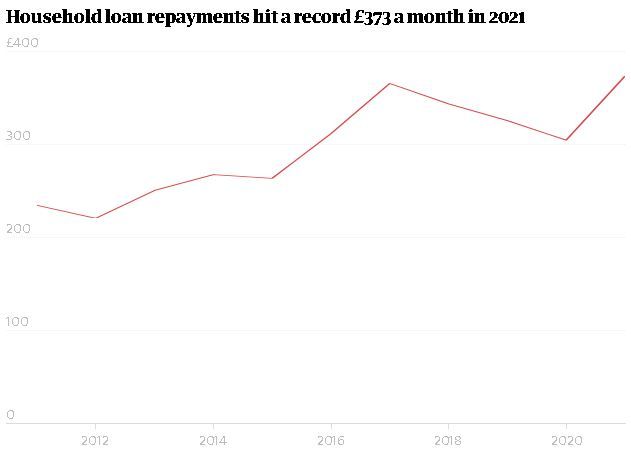 The campaign group’s analysis is based on a survey of more than 6,000 households which was carried out in September 2021. Since then, millions of households have seen energy bills rise and are due to see a further increase next month.

The rise in Ofgem’s price cap in October and the failure of a number of low-cost energy suppliers led to some customers seeing bills increase by hundreds of pounds. On 1 April, an increase in the price cap means the average household will experience a 54% rise in bills.

The temporary £20 a week increase in universal credit introduced at the start of the pandemic was phased out at the end of September.

Surging food and petrol costs have added to the strain on finances since the research was done, and the Jubilee Debt Campaign said the rising cost of living threatened “to push people who are already living on the edge further into debt and poverty”.

The increase in the number of households reporting that their debts were a heavy financial burden followed two years of falls, but the campaign group said it suggested that measures to ease the impact of the pandemic had not helped everyone.

The data for loan repayments comes from analysis of households’ reports of repayments on unsecured debt, so does not include mortgages. It showed that in nominal terms and when inflation was adjusted for, these were running higher than over the past decade. 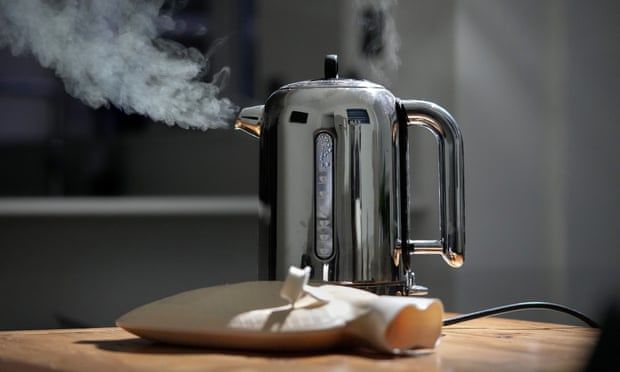 Citizens Advice said 5 million people had indicated that they would not be able to afford April’s energy price rises.

Separate research carried out last week showed families are already concerned about falling into debt as a result of higher living costs. Citizens Advice said 5 million people had indicated that they would not be able to afford April’s energy price rises, while in a survey by the Money Advice Trust one in five adults said they were likely to borrow or use credit in the next three months to cover essentials.

Dean Burn, 62, is involved with the Jubilee Debt Campaign in Manchester and worked for 41 years before losing his job during the Covid pandemic. He said: “I’m always juggling debts – this month I got my TV licence bill, so I’ve been unable to pay back my housing benefit overpayment.

“I’ve relied on food banks these past 12 months to get by and I can’t afford to even pay for the bus sometimes. I’ve been keeping just one light on in the house at a time and I’m now worried about being able to afford to heat my home.”

Joe Cox, the senior policy officer at Jubilee Debt Campaign, said Rishi Sunak needed to announce a serious plan to address the situation when he delivers the spring statement on Wednesday.

He said: “The worsening debt crisis is toppling households up and down the country … The government should target support to help those struggling with rising bills and mounting arrears and provide a ‘fair debt writedown’ to give people with high levels of debt a fresh start.”

Citizens Advice said it had analysed the impact of the removal £20 universal credit uplift on clients using its services, and found that in more than a quarter of cases where an adviser referred someone to a food bank that was given as the reason.