Our yesterday’s report is now official: Joe Biden has won the 2020 US election

As we’ve reported yesterday, the result was called after Biden overtook incumbent Donald Trump in the state of Pennsylvania. Biden will become president in January, pending the outcome of any legal challenges. His running mate, Kamala Harris, will be the first ever female vice-president.

Democratic presidential nominee Joe Biden has defeated President Trump, denying him a second term after a bitter campaign and dramatic, prolonged vote count in battleground states that sparked a flurry of lawsuits.

In a statement he says he is "honoured and humbled" and that it was time for America to "unite".

The voters have spoken, and they have chosen @JoeBiden and @KamalaHarris to be our next president and vice president.

It's a history-making ticket, a repudiation of Trump, and a new page for America.

Thank you to everyone who helped make this happen. Onward, together. pic.twitter.com/YlDY9TJONs

Trump had earlier declared himself the winner, before all the results were declared.

Joe Biden is not the president-elect just because media declares him so. https://t.co/7qbfqibMWy 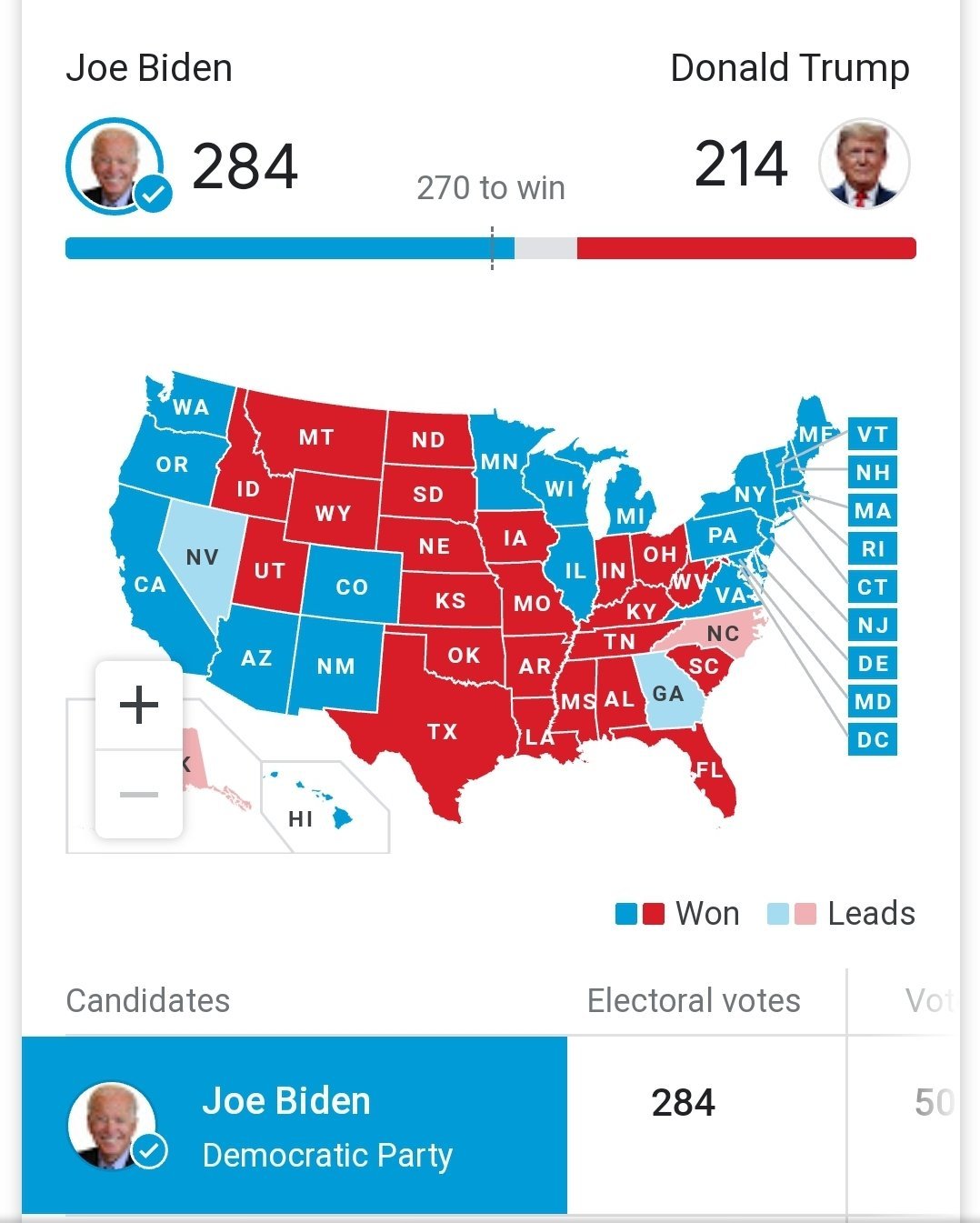