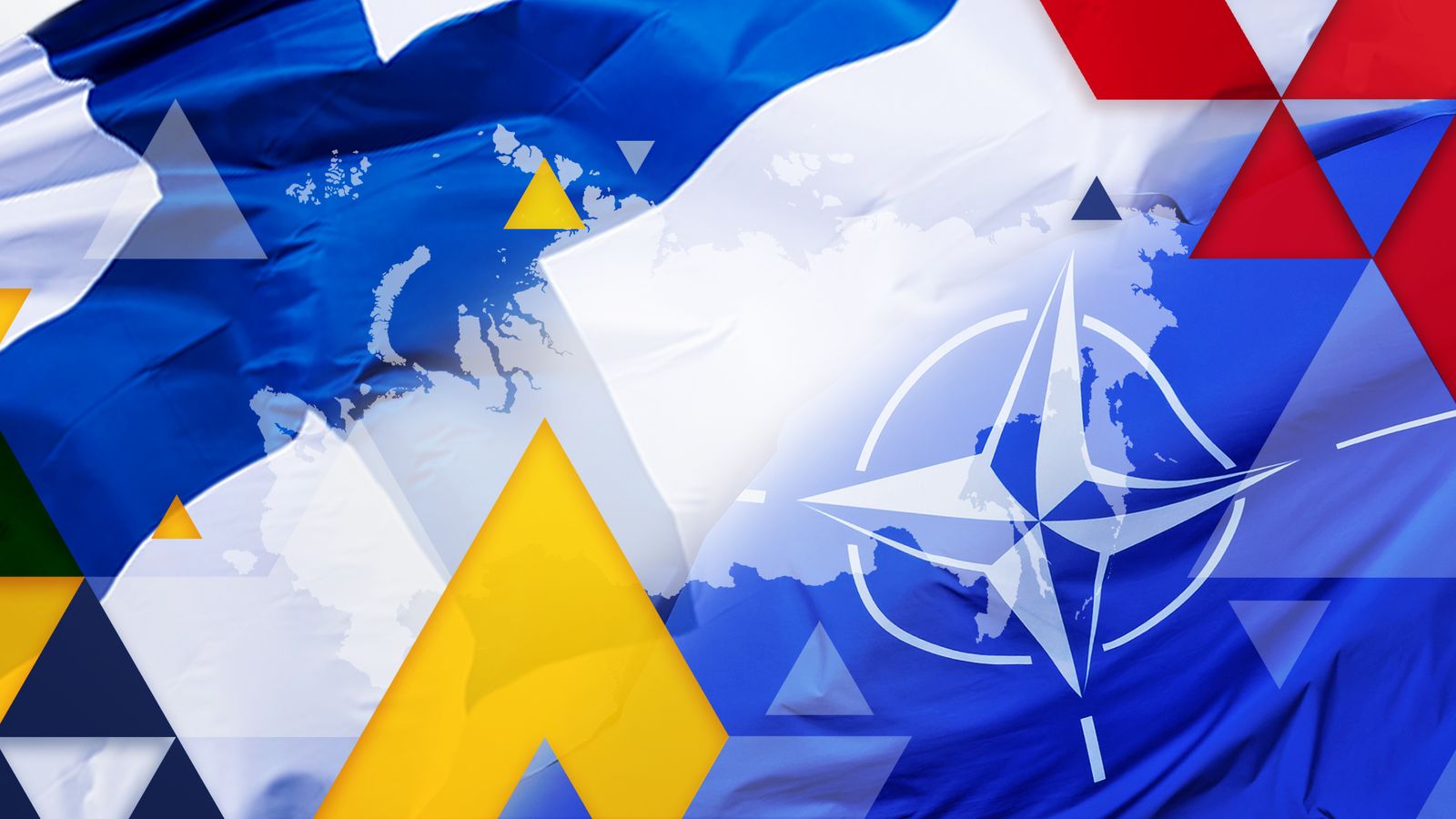 Now Finland's leaders have decided they want to join NATO, what it means - and how a worried Putin might respond

Finland's prime minister and president have said the historically neutral country, which fought the Soviets in WWII and lost, must seek membership of the defensive pact. We look at what it means for Finns and for other NATO countries, including the UK.

The statement of intent signals that a formal application is likely to come within days.

It is another major development following Russia's invasion of Ukraine in February, after which countries around the world have been forced to rethink their alliances in the wake of a more aggressive stance by the Kremlin.

But what are the implications?

Finland has been neutral since the end of the Second World War, after it was invaded by the Soviet Union.

It was forced to cede 10% of its territory and strike a deal that left it having to pay reparations and crack down on those who most fiercely opposed Moscow.

Despite joining the EU in 1995, it had remained militarily independent ever since, aware of the danger of outwardly being seen to oppose the USSR and later Russia.

But since the invasion of Ukraine, Finland is among a number of countries that have been forced to rethink their relationship with Russia, no longer certain that non-alignment is the safest approach.

If it becomes the 31st nation in the defensive pact, Finland will hope to benefit from the one-for-all, all-for-one commitment that requires all the members to come to the aid of any individual state that is attacked.

Why do they want it?

Finnish Parliament's defence committee said on Tuesday that joining NATO is the best option for Finland to guarantee its national security.

It would significantly increase the deterrent for becoming a target of Russia's aggression, the defence committee concluded in a statement.

President Niinisto and Ms Marin appeared to agree when they said on Thursday: "Finland must apply for NATO membership without delay."

Finland, which shares a 1,300 km (810 mile) border with neighbouring Russia, is particularly vulnerable because the frontier is hard to defend against an aggressive attack from the east. 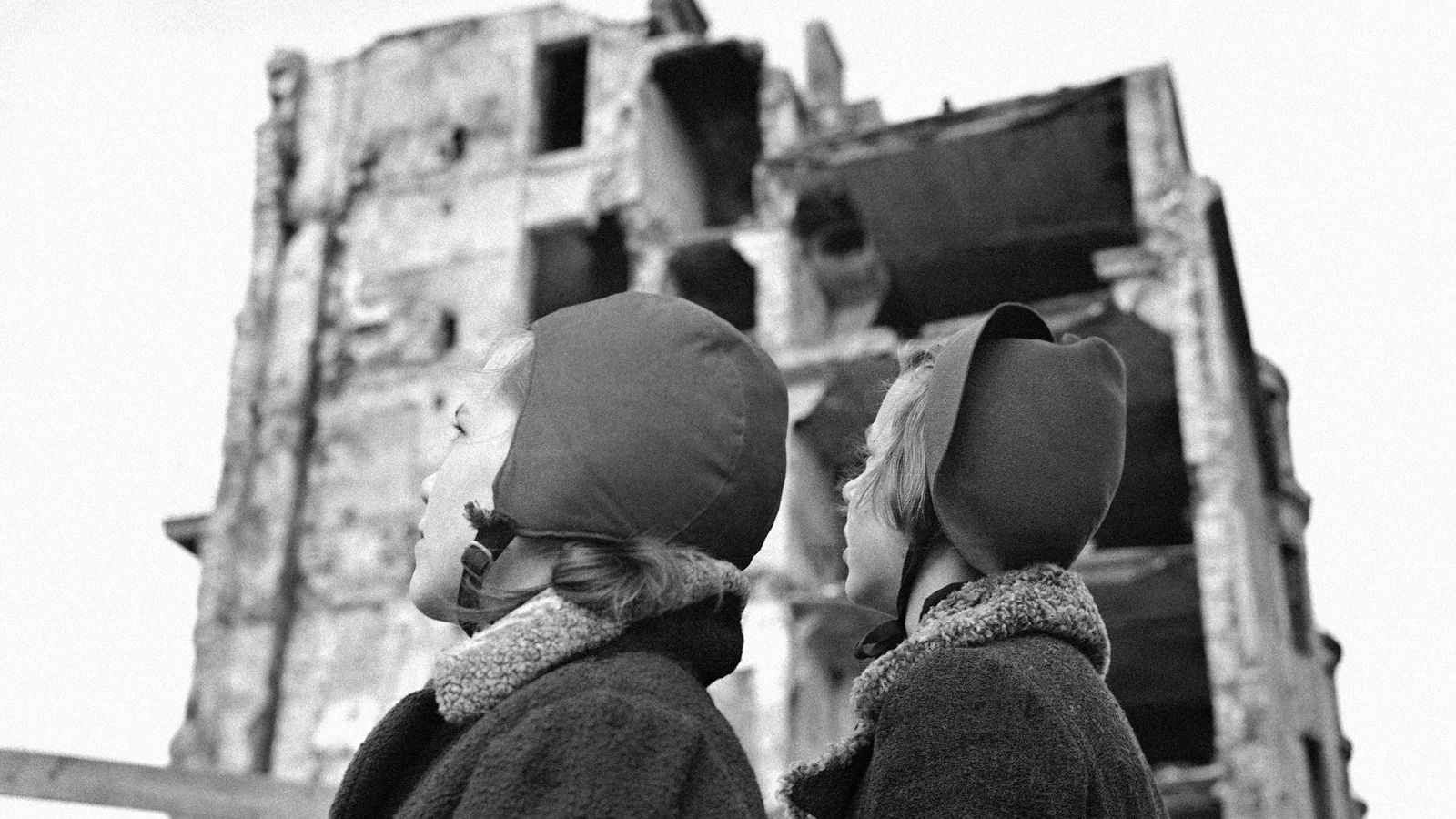 Finns have strong memories of what happened to their country when the Soviet Union invaded.

What does it mean?

Joining NATO would be a seismic shift for the Nordic nation, shattering a long-held belief that remaining outside the military alliance is the best way to avoid trouble with its giant neighbour.

But, even more significantly, it comes at a time when a country that has been neutral for even longer - Sweden - is also considering joining.

If Finland and Sweden join NATO, Russia would find itself completely surrounded by NATO countries in the Baltic Sea and the Arctic.

Considering Russia used fears that Ukraine would join NATO as part of its pretext to invade - highlighting anxieties about what Vladimir Putin has described as the "eastward expansion of NATO" - the Russians are not likely to be happy.

Will there be consequences?

The Kremlin has warned of "military and political repercussions" if the Finns, or the Swedes, decide to join NATO.

Vladimir Putin, in his speech on the day Ukraine was invaded, said: "A military presence in territories bordering Russia, if we permit it to go ahead, will… create an ever-mounting and totally unacceptable threat to Russia."

But analysts say military action against the Nordic countries appears unlikely, considering how involved Russian forces are in Ukraine.

Many of the Russian troops stationed near the Finnish border were relocated to Ukraine and have been hit by "significant losses", Heli Hautala, a Finnish diplomat and research fellow at the Center for a New American Security in Washington, has told AP. 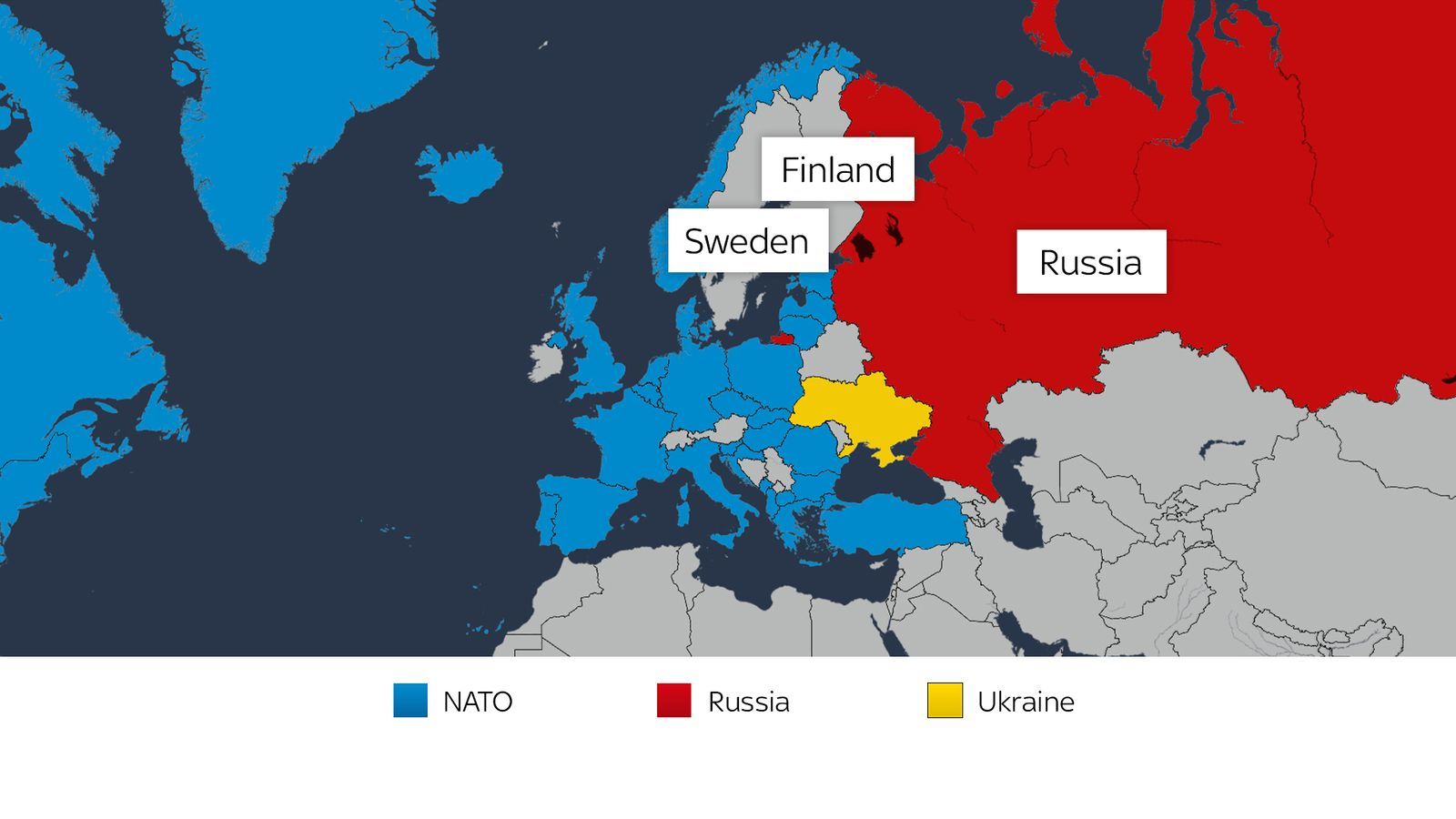 Are the Finns worried?

After remaining firmly against membership for decades, public opinion has shifted rapidly this year. Polls show more than 75% of Finns are now in favour of joining.

As Russia's military power declined in the 1990s, Finland kept its guard high, but there is growing recognition that the way in which Russian military might has been used in Ukraine could be dangerous for Finns in future.

Charly Salonius-Pasternak, a researcher at the Finnish Institute of International Affairs, said the shocking scenes playing out in Ukraine have made Finns draw the conclusion that "this could happen to us".

What will it mean for NATO?

Besides another member, analysts say Finland has a modern and competent armed forces that would significantly boost NATO's capabilities in Northern Europe. Finnish forces often train with NATO troops, so can already work with them highly effectively.

Of course, considering it is a pact that requires members to defend others if they are attacked, it potentially raises the odds that a country will have to be defended because the number of members would increase.

So, what happens next? 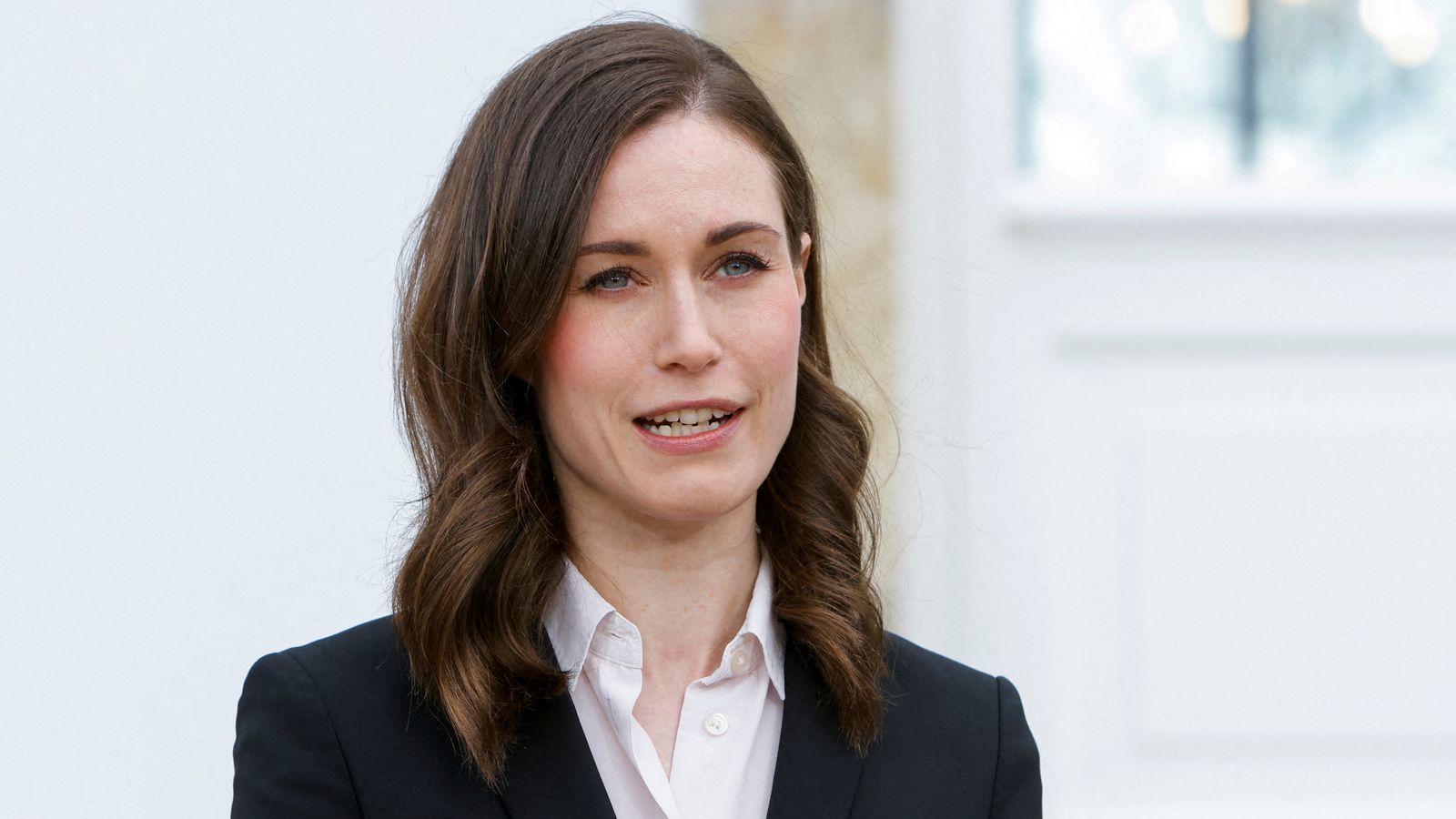 On 17 May 2022, Mr Niinisto and his team will meet with Sweden's King Carl XVI Gustaf and a Swedish delegation, to discuss mutual concerns.

While support for joining in Finland appears strong, Sweden is less clear, with only 50% of the population backing it and a number of politicians wedded to the Swedes' neutral stance that has been in place for more than 200 years.

If the governments in both countries decide they want to seek membership, it will need to go through legislative processes in each country, with debates and votes by parliamentarians.

Neither Finland nor Sweden plan to carry out referendums, worried they could be targeted by Russian interference.

If the countries' parliaments approve the applications, NATO will issue formal invitations to join.

That may come at the end of June when the NATO leaders meet in Madrid at the next alliance conference.

Both Sweden and Finland have sought - and received - assurances of support from the US and other NATO members, but all member nations would need to approve their joining, with some requiring parliamentary votes.

The entire process is expected to take up to a year.

Oh ya 195 days ago
So Finland fought Russia in WWII, and Russia was fighting the Nazis so that makes Finland a friend of the Nazis. And NATO wants them to join. Folks are you starting to put this together. 2 years ago the president of Ukraine was a actor today he is a billionaire, good paying job as I am sure he is not skimming any off the top of the money being sent mostly by the US taxpayers
View all comments (1)Add comment