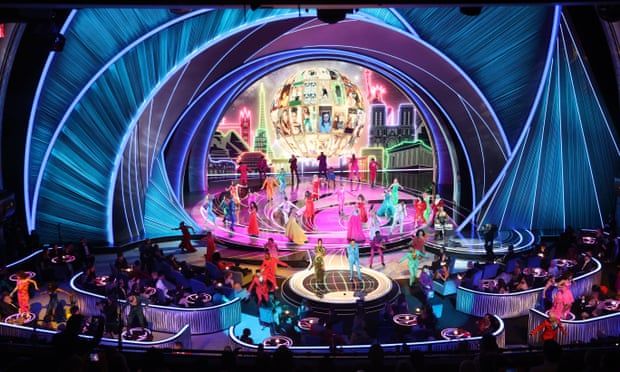 When Encanto was announced the winner of the Oscar for best animated film on Sunday night, Martín Anzellini – the Colombian architect who helped develop the film’s representation of his home country – had little idea. Instead, he was watching Encanto at home with his twin toddler daughters, who had yet to see it.

“Once we finished watching the film, I checked my phone and saw my WhatsApp was going wow!” Anzellini said. “It was so exciting, I almost cried. And I hugged my daughters, as my work on the film was for them.”

Though Anzellini may have been slow on the uptake, much of his country was united in celebration of the film’s success for breaking Colombia’s usual association with drugs and violence.

“For Colombians it’s important to see ourselves represented in a positive light, given that we’re so used to being about cocaine and war,” said Anzellini, who teaches at Javeriana University in Bogotá. “The most important thing with a film like this is that we can see ourselves differently.”

Though the whimsical blockbuster was made by American directors and producers, the story it tells of the magical Madrigal family is steeped in Colombian folklore.

The film-makers worked with a number of Colombian consultants on the film across various disciplines, from architects and anthropologists to animators.

The film also alludes to the country’s history of violence and forced displacement, and while themes of intergenerational trauma may not seem like a recipe for box-office success, they reverberated intensely in Colombia, which has been racked by decades of civil war between the state, leftist rebel armies, rightwing paramilitaries, and drug traffickers.

More than 260,000 people were killed in the conflict that formally ended with a fragile 2016 peace deal, while millions were forced to abandon their homes. Children were often at risk of recruitment into violent groups or growing up as orphans.

“Unfortunately, conflict is a recurring theme in Colombia, but if we don’t acknowledge those wounds, then we’ll keep on repeating them,” said Alejandra Espinoza, a writer and researcher who consulted with the filmmakers on the film’s representation of Colombia’s history. “The film takes place in a small town because violence in Colombia was historically in small towns, before people were displaced to the big cities.”

“Gabo once told me that ‘all of my work comes from the popular culture of Colombia’s Caribbean coast’,” said Jaime Abello Banfi, who heads the Gabo Foundation in Cartagena. “And while Encanto isn’t an adaptation, it’s clear that [songwriter] Lin-Manuel Miranda and his team were very keen to base it on Colombian magical realism.” 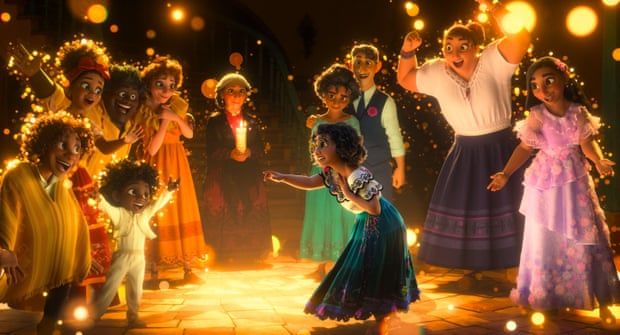 “Magical realism has become a whole theme that marks our country,” he said.

Colombian singer Sebastián Yatra performed a song from the film during Sunday’s ceremony, in a suit embroidered with a flutter of yellow butterflies, much like those that follow one of the characters in Márquez’s masterpiece One Hundred Years of Solitude.

“As a Colombian in a globalized world, watching the Oscars, it was always something far away,” said Hernando Bahamon, a Colombian animator who consulted on the film. “It was something to see everyone mentioning Colombia on Sunday night.”

In a country where the often faltering national football team is usually the only institution that unites the divided population, the film’s win brought praise from across society and the political spectrum.

“Encanto, inspired by the cultural richness of our country, fills us with pride,” tweeted rightwing president Iván Duque on Sunday night, while Gustavo Petro, the leftwing frontrunner in upcoming elections, was similarly effusive.