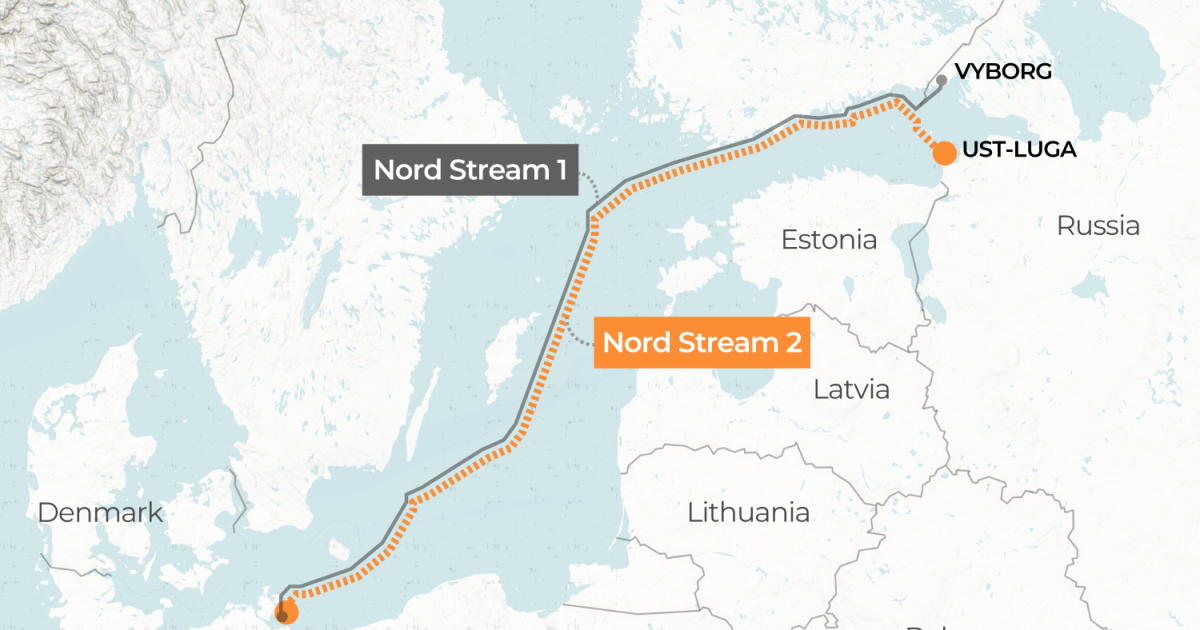 Nord Stream 2: Why Russia’s pipeline to Europe divides the West

The Russia-owned pipeline is at the centre of a disagreement between Germany and the US, which sees the project as a way for Moscow to increase leverage in Europe.

As Western powers attempt to avert a Russian invasion of Ukraine, Nord Stream 2, a long-touted energy infrastructure project that has already driven a wedge between Germany and the United States, could become a key bargaining chip.

The $11bn gas pipeline across the Baltic Sea, owned by Russia’s state-backed energy giant Gazprom, runs from western Siberia to Germany, doubling the capacity of the already-in-use Nord Stream 1 pipeline.

While Germany has maintained it is solely a commercial project, Nord Stream 2 also has geostrategic consequences, bypassing Ukraine and potentially depriving it of the approximately $2bn in transit fees Russia currently pays to send gas through its territory.

The pipeline could heat 26 million German homes at an affordable price and construction was completed in September.

However, German regulators have yet to issue the final legal permission Gazprom needs to begin operations.

The US has viewed the pipeline as a geopolitical tool for Russia to undermine energy and national security, increasing Moscow’s leverage over Europe, where gas prices have been soaring.

The pipeline has been opposed by Ukraine and Poland and has left Washington in a difficult position with some of its European allies. It has also caused political infighting within Germany’s new coalition government and left the West divided in its response to the situation.

Last week, German Chancellor Olaf Scholz, who had previously refused to be publicly outspoken on the possibility of halting the pipeline if Russia were to attack Ukraine, offered his strongest indication that this was still possible.

“It is clear that there will be a high cost and that all this will have to be discussed if there is a military intervention against Ukraine,” Scholz said at a news conference with NATO Secretary General Jens Stoltenberg.

On January 13, the US Senate failed to pass a bill sponsored by Republican Senator Ted Cruz to slap sanctions on Nord Stream 2.

The administration of US President Joe Biden had lobbied Republican senators against the bill, fearing its effect on US-German relations and the possibility that it could further antagonise Russia amid the Ukraine crisis.

Ukraine’s President Volodymyr Zelenskyy had asked the Senate to approve the Nord Stream 2 sanctions, while Germany had specifically asked that the US Congress not to propose sanctions.

In May, Biden waived sanctions on the Russian-owned, Swiss-based company running the pipeline project, Nord Stream 2 AG, as part of an agreement with Germany.

However, the US’s stance has not had the desired effect in Germany, and Russia has piled on the pressure, with the state-run Tass news agency saying sanctions on the pipeline would lead to declining energy supplies and gas price growth in Europe.

“The more the US talks about sanctioning or criticises the project, the more it becomes popular in German society,” said Stefan Meister, a Russia and eastern Europe expert at the German Council on Foreign Relations.

“Germans in the majority support the project, it is only parts of the elite and media who are against the pipeline.”

A gas supply shortage in Europe has been widely blamed on a dearth of gas flows from Russia. It has particularly hit Germany’s low-income workers, which Scholz’s Social Democrats (SPD) party rely on for votes.

Tens of thousands of Russian troops have been deployed near Ukraine’s borders, prompting fears that Moscow could launch an attack at very short notice.

The US and UK have begun withdrawing some of their embassy staff from Kyiv, while the European Union has refused to follow suit, with a top diplomat saying that they did not wish to “dramatise” the situation further. 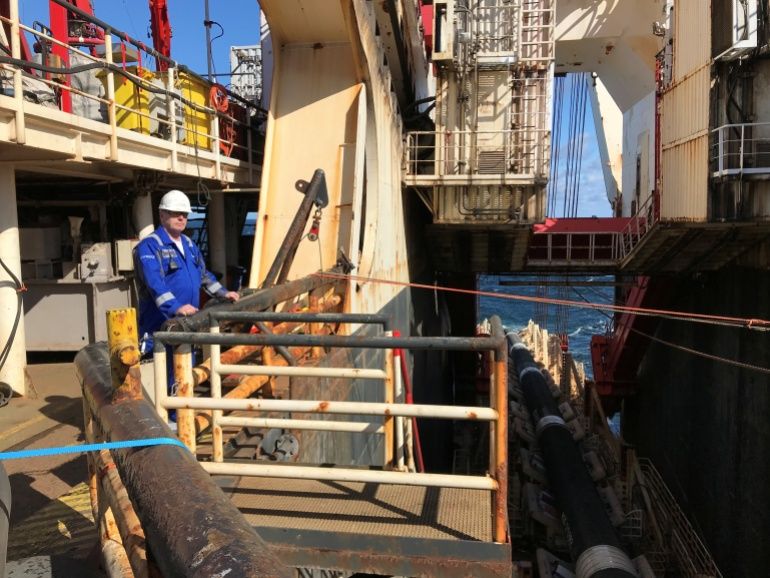 The US has promised to boost security assistance for Ukraine, but recent talks between the West and Russia failed to reach a breakthrough, with some of Moscow’s demands rejected as non-starters.

They include that Ukraine should never join NATO and that NATO’s military activities be limited to member states, including Poland.

However, a subsequent round of talks last week in Geneva between US Secretary of State Antony Blinken and Russian Foreign Minister Sergey Lavrov appeared to have calmed tensions, at least temporarily.

The situation seems unlikely to be solved quickly – few want a conflict, but there is a possibility one could be triggered accidentally by a political misstep.

Russia has agreed to further talks between Lavrov and his UK counterpart, Ben Wallace.

Ukraine, a former Soviet republic that shares borders with both the EU and Russia, has social and cultural ties with Russia, with Russian widely spoken. Despite gaining independence in 1991, Russia still sees Ukraine as an important territory and has long resisted its move towards European institutions.

Two months after the Nord Stream 2 certification process was suspended, it has become one of the strongest remaining tools for the West to influence Russian decision-making when it comes to military action in Ukraine.

For Russia, the pipeline is important because it removes the risks associated with sending gas through transit countries, allowing Gazprom to ship gas directly to its most important European customer, Germany,

The pipeline could cut their operating costs by about $1bn per year, as transit through Ukraine, in particular, is expensive.

“Germany has been resisting pressure from the US because it absolutely needs reliable gas supplies from Russia and, for all it is now one of the top exporters of liquified natural gas in the world, the US cannot replace Russia in that role as key gas supplier to Germany,” said Ronald Smith, senior oil and gas analyst at BCS Global Markets.

“Ukraine stands to lose several billion dollars per year in transit fees – which is what makes NS2 a cheaper option for shipment – a key stream of hard currency income for the country.”

Bypassing Ukraine sharply reduced the country’s leverage with Russia and reduced its income. However, Europe and Germany depend on Russia’s gas, with this current conflict exposing vulnerabilities, meaning Nord Stream 2 has become both a deterrent to war in Ukraine and a punishment option in the event there is one. 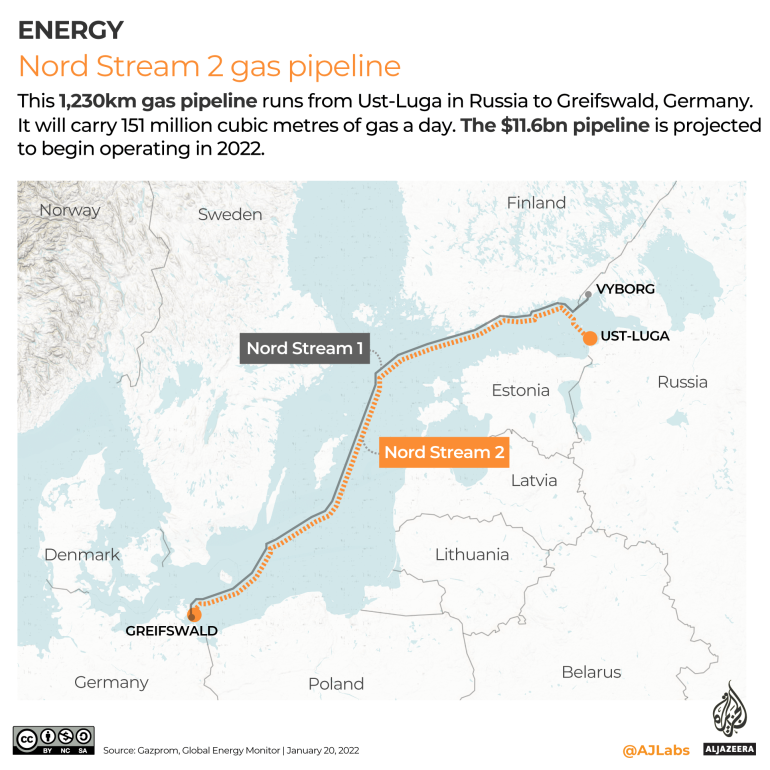 Oh ya 121 days ago
Long story short the US wants to sell Germany LNG at a much higher price and is pissed at Russia because of the pipeline can supply Germany with a reliable source at a much cheaper price. The US is a failing nation trying to bully its way back to power. Same reason they are trying to start a war between the Ukraine and Russia
View all comments (1)Add comment