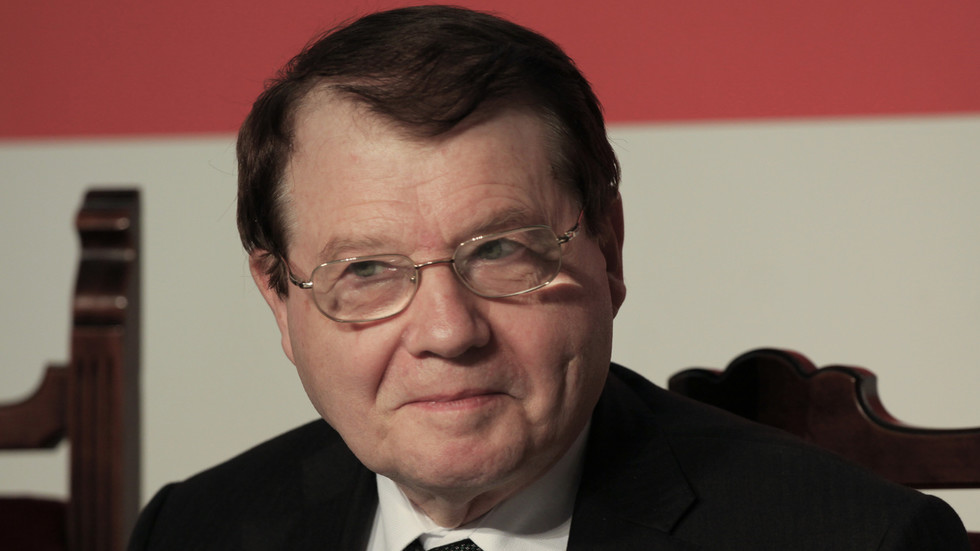 His death was confirmed to AFP on Thursday by the mayor of Paris suburb Neuilly-sur-Seine where he had been hospitalized. Montagnier died peacefully on Tuesday surrounded by his children, France Soir reported.

The professor earned worldwide acclaim when his lab team at the Pasteur Institute discovered a previously-unknown virus in 1983. French and American scientists then worked on analyzing the virus, which was christened ‘human immunodeficiency virus’, or HIV, in 1986. Montagnier was co-awarded the Nobel Prize in Physiology or Medicine in 2008 alongside virologist Francoise Barré-Sinoussi for identifying the virus.

He was also the co-founder of the World Foundation for AIDS Research and Prevention and co-directed the Program for International Viral Collaboration. In addition, he received more than 20 awards and honorary titles, including being made a Grand Officer in France’s Legion of Honor, the country’s highest military or civilian award.

However, Montagnier was condemned by his fellow scientists in later years for speaking in favor of homeopathic medicine and for promoting fermented papaya as an alleged cure for Parkinson’s Disease. He was also an opponent of vaccines, a stance he maintained throughout the Covid-19 pandemic. Montagnier also said he believed that Covid-19 originated in a laboratory in Wuhan, China.

Later controversies aside, following news of his death Montagnier is being remembered as one of the key figures in researching, understanding, and transforming HIV from the death sentence it was in the 1980s to the survivable illness it is today.
#Vaccines  #COVID-19  #Covid
Add Comment