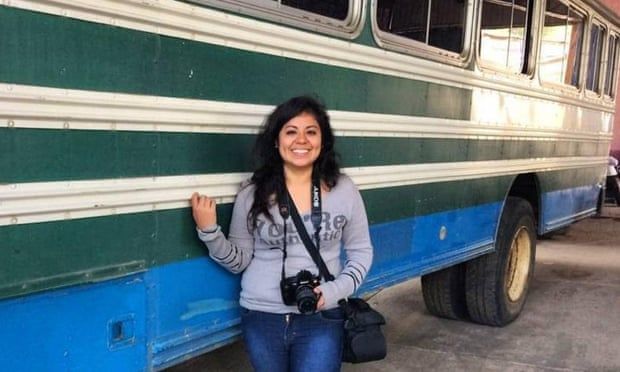 Soledad Jarquín, whose daughter María was shot four years ago, believes the killing was politically motivated

Soledad Jarquín has an answer for all those who like to suggest the murder of her daughter was just a piece of horrifically bad luck.

“Whenever people say to me that my daughter was in the wrong place at the wrong time, I say that what’s actually wrong here is the Mexican politics that has allowed crime to grow and threaten young people’s lives,” she says.

Four years on, Jarquín, an award-winning journalist, still has no idea exactly what happened that night.

She knows that the trio were killed with high-powered weapons, and she knows that the evidence points towards the politically motivated targeting of Terán. But answers are proving as elusive as justice.

“Absolutely nothing has happened since the murder: there’s been no clarity about what happened and no justice,” she says. “There were two arrests but the investigation was partly closed last November because there was a change of prosecutor.”

When Jarquín managed to get a look at the file, she discovered that key expert reports – on ballistics, phone records and geotracking – were missing and that one of the apparent witnesses to the crime had never existed.

“We’ve had no access to justice and that’s why we decided that we needed to seek justice from international organisations,” she says. “It’s basically been a farce and they’ve made us waste four years.”

Jarquín, who has received death threats in Mexico for daring to demand justice, has spent the past three weeks touring Belgium, France, Germany, Spain and Switzerland explaining what happened to her daughter and what is happening to other women in her homeland, where there are between 10 and 11 femicides each day. 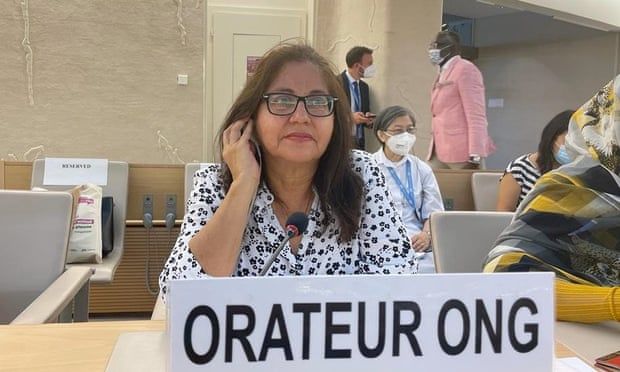 Soledad Jarquín in Geneva last month, where she filed a complaint with the UN committee on the elimination of discrimination against women.

Towards the end of June, the journalist travelled to Geneva to file a complaint with the independent international experts who sit on the United Nations committee on the elimination of discrimination against women. It was the first time that a femicide case from Oaxaca had been filed with the committee.

“We came on this tour to draw attention to what’s happening in Mexico and to talk about it as much as possible,” says Jarquín.

“The violence is getting worse and women are suffering most of all. It’s not acceptable that 11 women are murdered each day, and it’s even more unacceptable that these crimes go unpunished. An estimated 97% of cases go unpunished – that shows the scale of the problem we face as Mexican women as a result of a sexist and patriarchal system where women’s lives aren’t worth a thing.”

And all that, she adds, has been hugely exacerbated by the presence of organised crime across Mexico. “It’s not just a few states now – like Michoacán or Tamaulipas or the other states that are well known for it – organised crime is all over the country.”

Jarquín, who is being supported in her efforts by the feminist civil society group Consorcio Oaxaca and by the World Organisation Against Torture, hopes the Geneva complaint will help her secure justice for her daughter, and encourage others to do the same.

“I’m doing what I can at the moment with the tools I have but I have no doubt that a lot of other Mexican mothers will follow and will seek the international justice that they’ve systematically been denied at home in Mexico.”

As the Consorcio Oaxaca points out, the murder of María del Sol – and the authorities response to it – is all too familiar.

“This is a symbolic case because it embodies all the different kinds of violence that women suffer be it femicides or revictimisation,” says a spokeswoman. “Women suffer violence for being Indigenous or for demanding justice. The impunity we’ve seen in this case typifies the corruption and cover-ups that we see in Mexico.”

While she is demanding action from politicians, police officers and the judiciary, Jarquín acknowledges the media also has an important part to play in tackling Mexico’s femicide crisis.

“Somebody asked me recently how it felt to go from being the person who wrote the articles about violence against women to being the one who’s being interviewed. I said it had made me reflect a lot on the way we do our jobs.”

By talking about “yet another murdered woman”, says Jarquín, journalists tend to dull people’s awareness of what is happening and to normalise the atrocities.

“Very often, we don’t listen and we don’t see what’s going on,” she says. “How does a family put itself back together after something like this? What do the grandmothers have to do when their daughters become victims and leave children behind? How do you get on with life? There are so many points of view that need to be considered and told when it comes to women’s stories. It shouldn’t be about making them into victims or criminalising them all over again.”

One of the most painful things about María del Sol’s murder was that her own professional kit – her computer, camera and videocamera – was taken from her hotel room hours after she was killed. With them, the family was robbed of another part of her.

“They stole a lot of her artistic work as a photographer and now we’ve lost that forever,” says Jarquín. “We’ve put on exhibitions of some of her photographs as a way of paying tribute to the photographer who died in this very cowardly attack.”

María del Sol’s love of photography, says her mother, was obvious even when she was a little girl. Another of her defining traits was a hatred of injustice.

“I always say that if I’d been the one who’d been murdered, the person demanding justice in my name would be her,” says Jarquín. “She wouldn’t have let the impunity continue.”