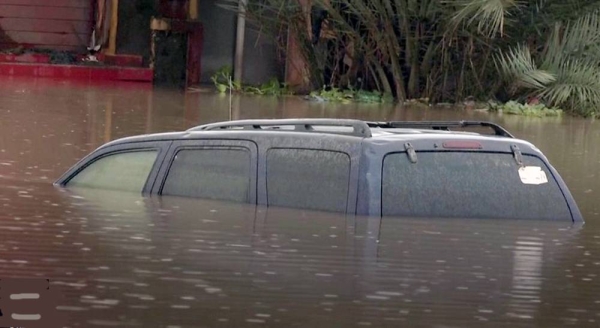 Around 90,000 Nigerian homes are submerged as a result of flooding in 31 of the country’s 36 states.
Matthias Schmale, the UN Humanitarian Coordinator for Nigeria, said: “We’re currently seeing the worst floods in ten years in Nigeria.”

On Friday, Nigeria’s Ministry of Humanitarian Affairs announced the federal government had started to distribute food and non-food items to disaster-stricken states.

Nigeria’s worst floods in a decade have so far forced 1.4 million people out of their homes, destroyed over 70,000 hectares of farmlands and killed more than 500 people.

As the country braces for more high-intensity rain, the National Emergency Management Agency spokesman blamed the high level of damage on “violations of regional rules” and construction near waterways.

While the rainy season usually begins around June, most deaths and displacements started “around August and September” Manzo Ezekiel added.

The rainy season typically ends in November in northern states and in December in the south.

On Friday, the Ministry of Humanitarian Affairs announced the federal government had started to distribute 12,000 metric tons of food and non-food items to disaster-stricken in Anambra state (south) or Jigawa state (north).

Floods have affected 31 of Nigeria’s 36 states including the capital.

In addition to a harsh rainy season, floods were also caused by the release of water from several dams (the process was meant to prevent excessive flooding).

As the federal government commemorated 2022 international day for disaster risk reduction on Oct. 13, “tasked communities to take climate predictions and flood outlooks warnings seriously as the government cannot outrightly eliminate flood but can keep people safe which is the collective responsibility for all.”

In 2012, 363 people died and more than 2.1 million were displaced from flooding.
Add Comment