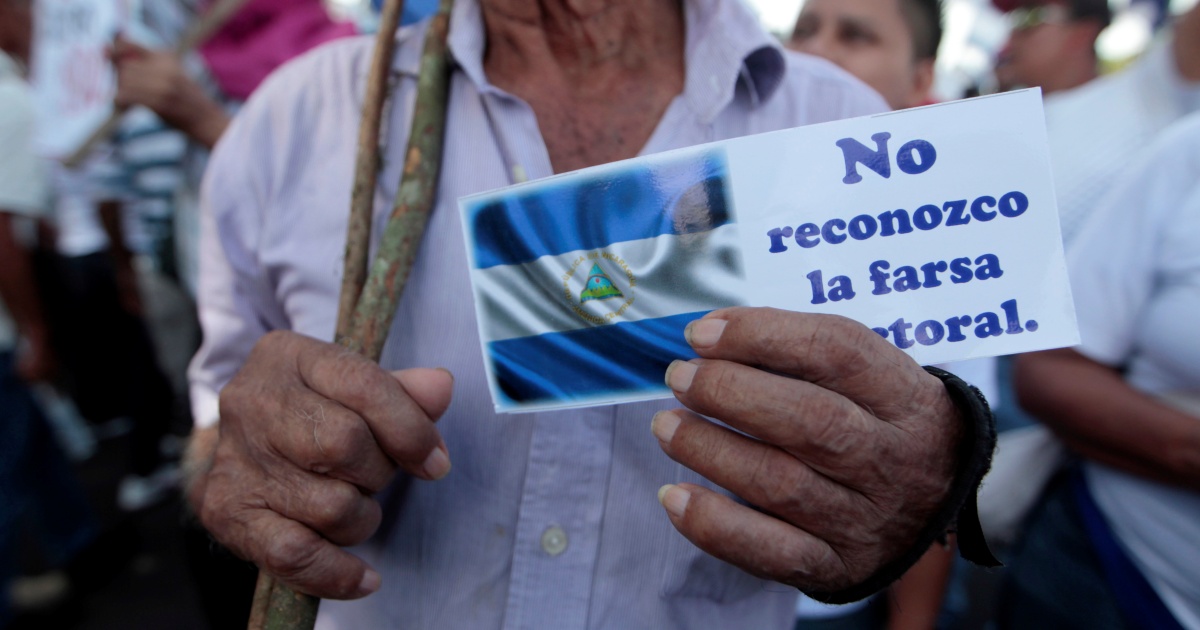 The regional bloc was among several international organisations that slammed the 2021 re-election of President Daniel Ortega.

Nicaragua has said it has completed its withdrawal from the Organization of American States (OAS) despite the regional bloc saying the move was not allowed for another year.

Nicaragua’s Foreign Minister Denis Moncada announced on Sunday the immediate break from the organisation and the closure of the OAS’s offices in the capital, Managua.

President Daniel Ortega had announced the Latin American country’s withdrawal in November last year. That came after the OAS criticised the fairness of elections that saw Ortega win a fourth consecutive term amid a months-long crackdown on opposition figures.

The OAS had said the withdrawal could not go into effect until 2023 because Nicaragua was an active member at the time of the announcement.

Still, Moncada said that as of Sunday, Nicaragua was no longer part “of all the deceitful mechanisms of this monstrosity, the so-called Permanent Council, so-called commissions, so-called meetings, so-called Summit of the Americas”.

“We will not take part in any of the entities of this diabolical instrument of evil called the OAS,” he added.

In a statement, the OAS said Nicaragua remained a “full member and must comply with all its commitments” until the end of its current membership period. It called on Managua to “respect” its relationship with the bloc, which was formed in 1948 and has focused for decades on election integrity across the Americas.

For its part, regional neighbour Venezuela – which officially withdrew from OAS in 2020 – quickly hailed Nicaragua’s resignation as “courageous”, calling the body “an instrument of US imperialism”.

Relations between Nicaragua and the OAS have been increasingly fraught in recent years.

In 2016, the organisation sent a mostly unsuccessful mission to Nicaragua to mediate amid opposition accusations of fraud in that year’s election, which saw Ortega win his third consecutive term as president, with his wife Rosario Murillo becoming vice president.

However, a year later, the OAS and Managua signed an agreement to implement changes in the electoral system. That was derailed in 2018, when widespread anti-government protests were met with a violent crackdown in which 355 people were killed, hundreds arrested and thousands exiled, according to the OAS’ Inter-American Commission on Human Rights.

Ortega repeatedly denied OAS representatives’ entry to Nicaragua to investigate the protests and subsequent crackdown, alleging they were interfering in an internal matter.

In March, Nicaragua’s then-permanent representative to the OAS Arturo McFields surprised a session of the Permanent Council by denouncing Ortega’s government as a “dictatorship”.

In an interview with the AFP news agency, McFields said he “can’t understand the government’s motivation” in abruptly completing their withdrawal, but noted it came a month after his speech.

By closing the OAS offices in the country, he said, “the government is closing a door to peace”.