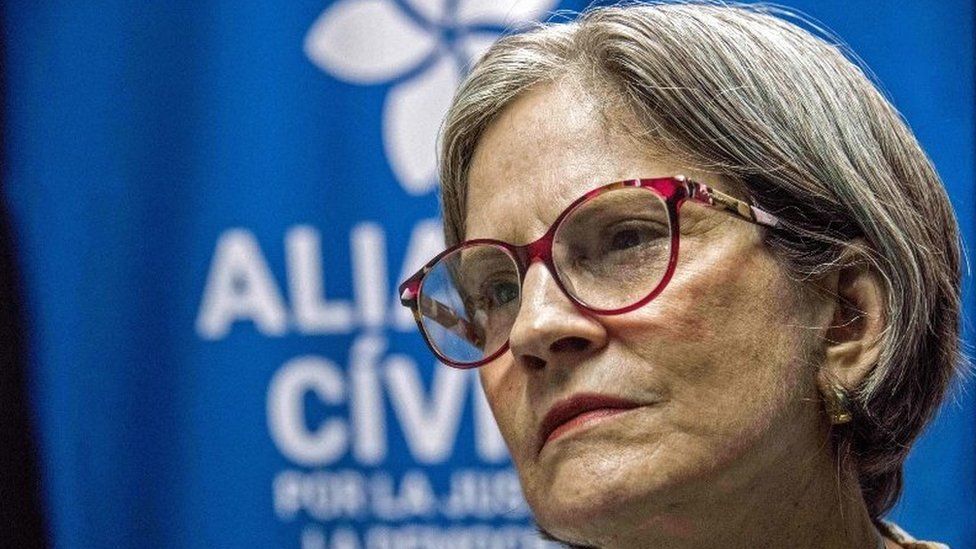 Police in Nicaragua have raided five town halls governed by the opposition Citizens for Freedom party in the latest crackdown on opponents of President Daniel Ortega.

Citizens for Freedom was stripped of its legal status in the run-up to presidential elections last year but its mayors had continued to govern.

The democratically elected mayors have now been replaced with allies of President Daniel Ortega's party.

One official called it a "local coup".

Locals described how armed police officers surrounded the town halls of four municipalities on Monday and ordered their mayors to stand down. A fifth Citizens for Freedom mayor had already been deposed on Saturday.

The red-and-black flag of President Ortega's Sandinista party has been raised outside the offices.

Speaking from neighbouring Costa Rica, the exiled leader of Citizens for Freedom, Kitty Monterrey, called it "an arbitrary seizure" and described it as "another act of lack of respect for citizens and institutions".

"All mayor's offices legitimately elected under the flag of Citizens for Freedom, have been taken by the regime," she said referring to the government of President Ortega.

The five municipalities were among only 18 out of just over 150 nationwide not controlled by the Sandinista party.

Municipal elections are due to be held in November but with many opposition politicians jailed or exiled and a number of parties stripped of their legal status, the opposition is unlikely to make any inroads.

The government of Daniel Ortega, who is serving a fourth term in office after winning a 2021 presidential election widely denounced as neither free nor fair, has been widely condemned for curtailing freedoms and cracking down on opponents.

And it is not just political parties which have been targeted. Universities, women's rights groups and non-governmental groups promoting education have all had their legal status cancelled.

In May, there was outrage when Nicaragua's respected Academy of Languages had its status revoked by a decree passed by the Sandinista-controlled National Assembly.

The lawmaker behind the decree argued that the Academy of Languages and many other organisations banned by the same decree had failed to disclose their sources of financing.