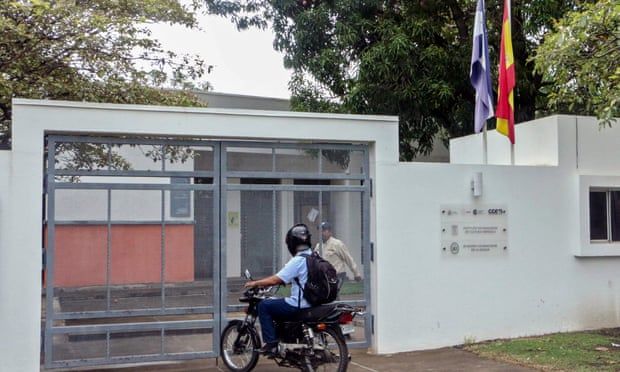 Non-governmental organizations dissolved by Ortega regime include an equestrian center and academy of letters
Nicaragua’s Sandinista-controlled congress has cancelled nearly 200 non-governmental organizations, ranging from a local equestrian center to the 94-year-old Nicaraguan Academy of Letters, in what critics say is Daniel Ortega’s attempt to eliminate the country’s civil society.

Lawmakers from the president’s party and their allies voted unanimously on Thursday to cancel 96 organizations. That followed 83 more on Tuesday. Since popular street protests turned against Ortega’s government in April 2018, the government has cancelled more than 400.

At first, the targets were often tied to prominent opposition figures who Ortega accused of working with foreign interests in an attempt to topple his government. But now the government seems intent on wiping the landscape clean of any organization it does not control.

“These cancellations have the objective of eliminating all social and political vision that differs from that established by the regime,” the Paris-based Observatory for the Protection of Human Rights Defenders said in a statement on Thursday. “It doesn’t concern only political or defense of human rights associations, but rather artistic, journalistic, educational, scientific, environmental and social organizations are also victims of persecution. The ultimate objective is to eliminate all possibility of an independent civil society in the country.”

The government maintains that the organizations are cancelled because they have not complied with a 2020 requirement to register as “foreign agents”. On Thursday, lawmaker Filiberto Núñez said they had also failed to provide financial statements as required by law.

Non-governmental organizations began to grow in Nicaragua during the Sandinista revolution and experienced a boom during the presidency of Violeta Chamorro. Incidentally, her daughter Cristiana Chamorro, a likely presidential contender now serving a prison sentence at home, decided to close the foundation named for her mother last year after the foreign agents law went into effect.

The breadth of the targets has been mind-boggling.

Some are not surprising as targets, such as the Center for International Studies founded by Ortega’s stepdaughter Zoilamérica Ortega Murillo, who years ago accused Ortega of sexual abuse and now lives in exile.

But then there are organizations like the Cocibolca Equestrian Center, the western city of León’s Rotary Club and the Operation Smile Association that financed free surgeries for children with cleft lip and cleft palate until it was cancelled in March. A prominent businessman associated with that group had participated in protests in 2018.

Many organizations were dedicated to helping the most marginalized in a country already suffering from extreme economic precariousness.

Sociologist Elvira Cuadra said Ortega had sought revenge against social groups that he believes tried to remove him from office in 2018 and also seeks “to destroy the social fabric in order to eliminate the ability to oversee [the government’s] exercise of power”.

“The weaker society, the more the authoritarian state consolidates, the citizens lose the ability to demand accountability by the public administration,” she said.

Cuadra said it was possible some of the cancelled groups were already inactive, but did not believe it was just a tidying up of civil organizations because the government was not giving them an opportunity to get in line with new legal requirements. “What there is is a political will to turn civil society into a desert in Nicaragua.”
Add Comment