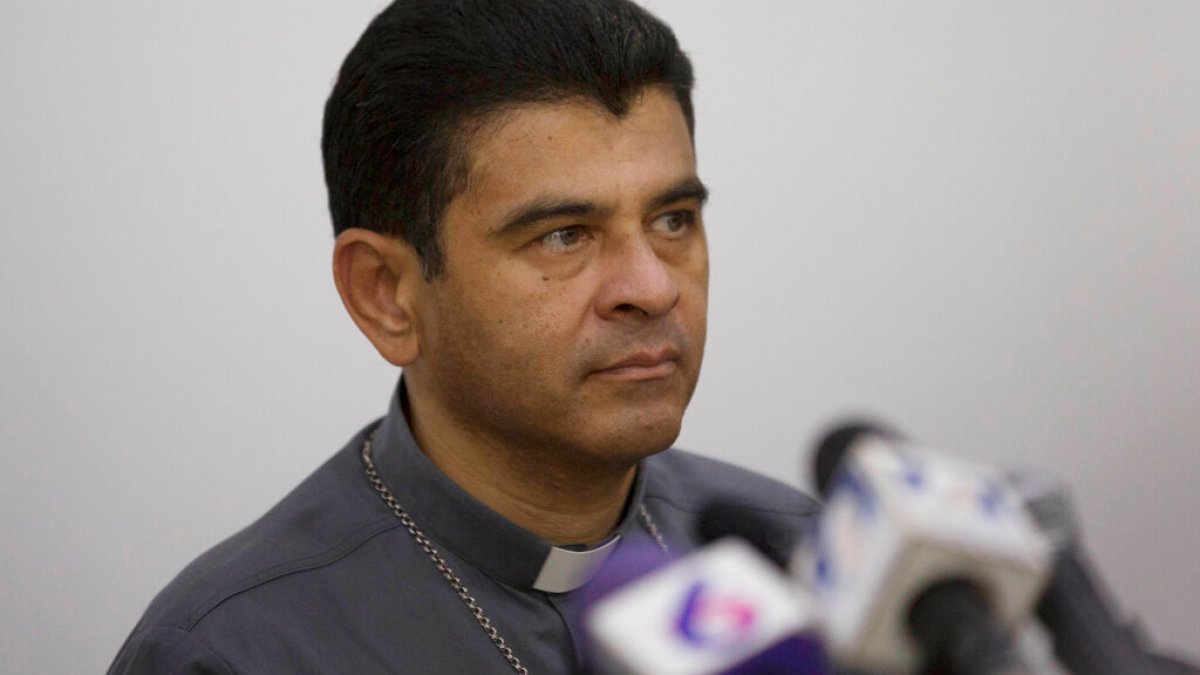 Nicaragua bishop critical of Ortega under house arrest after raid

Church and rights advocates condemn detention of Ronaldo Alvarez, who police say is under house arrest in Managua.

Alvarez, the head of the northern diocese of Matagalpa, had been under house arrest in a church house in Matagalpa for two weeks along with five priests, one seminarian and a cameraman for a religious television channel.

“#SOS #Urgente. At this time the National Police have entered the Episcopal rectory of our Matagalpa diocese,” the diocese had posted on social media early on Friday as the raid in Matagalpa was underway.

Police later said they had taken Alvarez to the capital Managua, where he remains under house arrest, while the cameraman and clerics had been transferred to a prison in the city.

Cardinal Leopoldo Brenes said he had visited Alvarez in his family home at an unspecified time, and that his spirit was intact though his “physical condition had deteriorated”.

The raid was slammed by public figures and religious groups, while a spokesperson for the United Nations Secretary General Antonio Guterres said he was very worried. Pope Francis has not commented on the crackdown.

The pre-dawn raid came after Nicaraguan authorities accused the bishop of “organising violent groups” and inciting them “to carry out acts of hate against the population”.

Pablo Cuevas, a lawyer with the non-governmental Permanent Committee on Human Rights, condemned Alvarez’s detention but said it was not unexpected. “What was obviously going to happen has happened, the arbitrary and abusive arrest of Monsignor Alvarez,” he said in a video message.

The Nicaraguan authorities have detained at least three priests in recent months while others have gone into exile amid a sweeping government crackdown on Ortega’s critics in the months leading up to and following elections last November.

Dozens of opposition figures, including several who sought to challenge Ortega’s re-election bid, were detained, and many have since been sentenced to lengthy prison terms.

The relationship between the Catholic Church and the government has been severely strained after a harsh crackdown on anti-Ortega protests in 2018.

The action against Alvarez, 55, started with riot police preventing him from leaving home to say mass earlier this month, and days later the bishop announced he was effectively under “house arrest”.

Ortega, Nicaragua’s longtime leader, won a fourth consecutive term in office after a November 2021 vote that the United States, European Union and other international observers denounced as a “sham”.

Days before the elections, Ortega accused Nicaraguan bishops of having drafted a political proposal in 2018 on behalf “of the terrorists, at the service of the Yankees … These bishops are also terrorists”.

In March, Nicaragua expelled the papal nuncio, the Vatican’s top diplomat in Nicaragua.

“With a heart full of pain and indignation, I condemn the nighttime kidnapping of Monsignor Alvarez,” exiled Nicaraguan Bishop Silvio Baez said in a tweet on Friday about the police raid.

The head of the Organization of American States, Luis Almagro, also condemned the detentions in a statement and demanded “their immediate freedom and those of all political prisoners”.