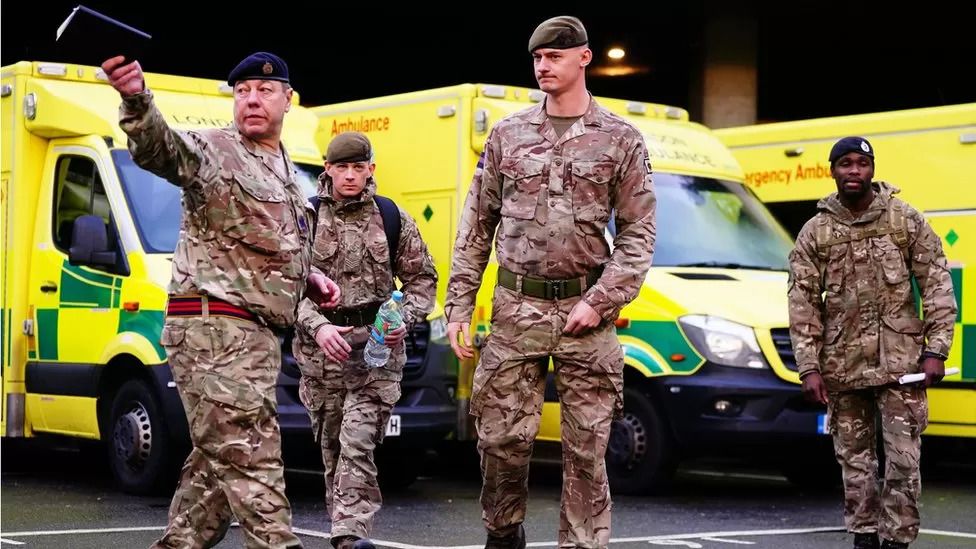 Some 170 military personnel have been training in London to drive ambulances and bring equipment to clinical workers during upcoming ambulance strikes.

The personnel are among 600 members of the armed forces stepping in to provide assistance during the action.

Ambulance workers are set to stage walkouts across the country on Wednesday.

The strike action across England and Wales will affect non-life threatening calls only.

However, as a result of the action by three unions, it could see people who have had trips and falls not being responded to.

Unions representing NHS workers have asked for staff pay rises above inflation, but the health secretary said that was "unaffordable".

Health minister Will Quince has suggested members of the public should avoid "risky" activities on Wednesday, but Downing Street declined to define this, with a spokesperson for Downing Street saying: "The public, as we saw through Covid, can be trusted to use their common sense." 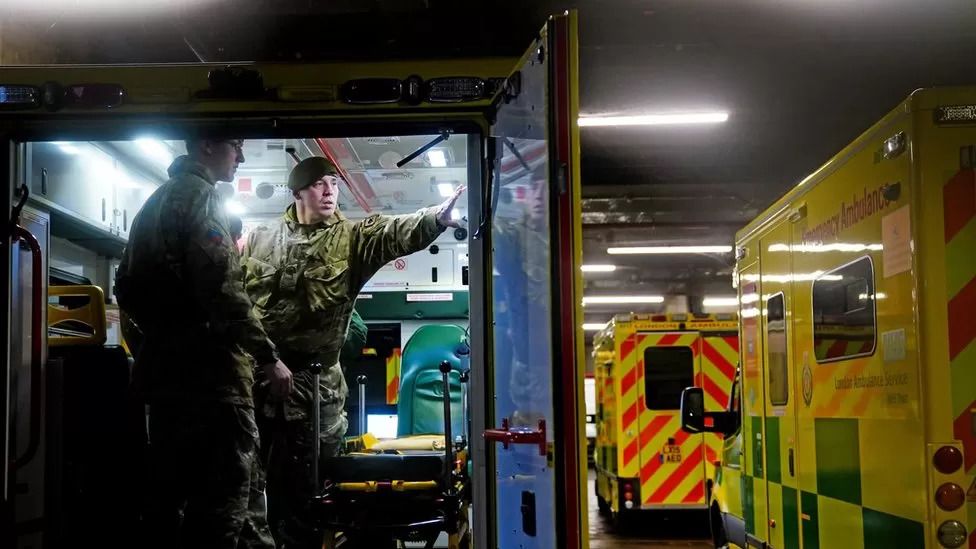 Some of those being drafted in will never have driven an ambulance before
As part of two days of training, members of the armed forces were talked through how to make urgent calls, and how to use a radio to communicate with other workers.

London Ambulance Service trainers explained how to turn on blue lights and operate vehicles during the training at Wellington Barracks in Westminster.

The trainees are not due to be sent on critical emergency callouts or to carry out clinical tasks, but London Ambulance Service (LAS) workers told them they should also be prepared to hand equipment to clinical partners on the day if asked.

The personnel were shown defibrillators, burns kits, and other equipment before being told: "You won't need to know exactly what's in all these bags but they're there for when your clinician directs you to do so."

They were also made familiar with different response protocols, including as one LAS trainer explained, in "situations where you feel threatened potentially". 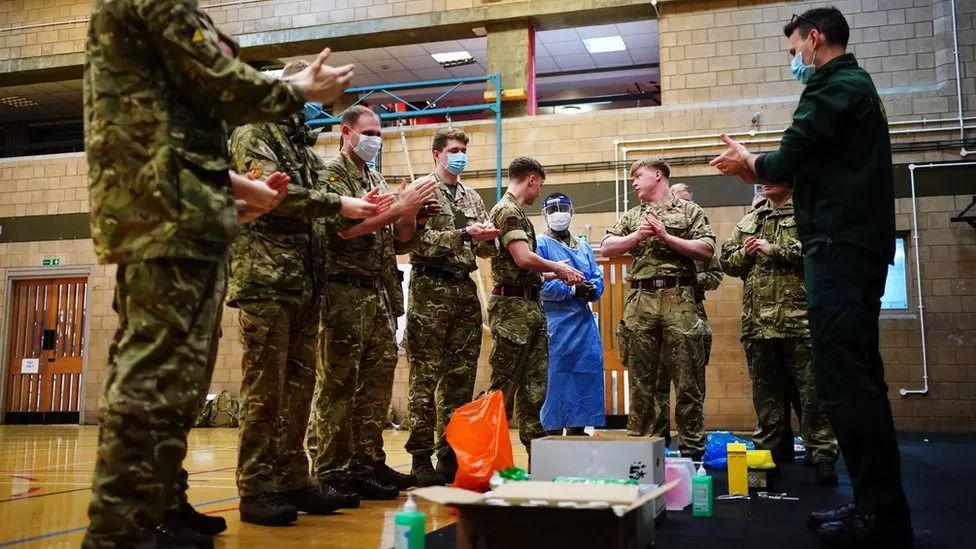 The personnel were shown defibrillators, burns kits, and other equipment as part of their training

"We've got trained members of the armed forces, vast amounts of operational experience, a huge amount of initiative," he said.

Despite this, he added some of those being drafted in will never have driven an ambulance before.

"I think there'll be a few nerves going out tomorrow, it's a really important task and I think we're incredibly proud," he added.

"And obviously being military, you just want to do the best you can possibly do on this sort of thing, so I'm sure there will be a few nerves."