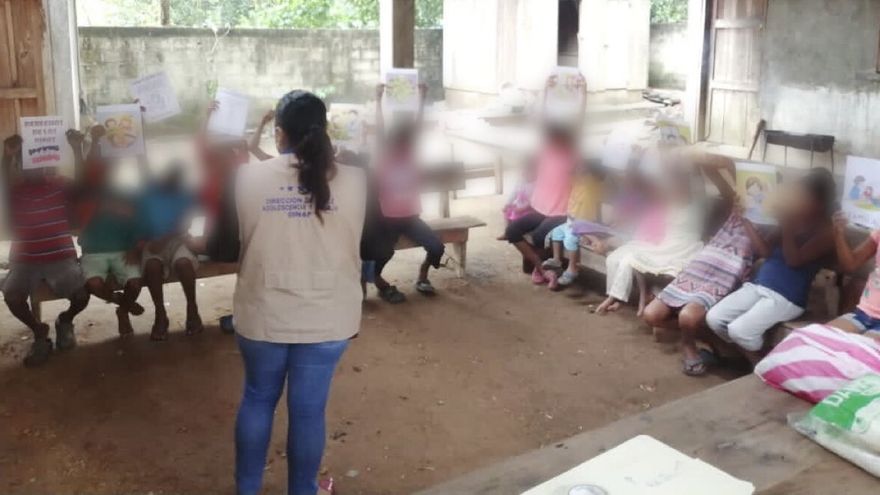 Several girls were allegedly subjected to sexual abuse in Honduran shelters set up for victims of cyclones Eta and Iota, although this risk exists in other similar centers in Central America, a humanitarian organization based in Panama denounced this Friday.
Violence against girls in shelters is evident, there are reports, by authorities of the centers, the government and other people in the community, of sexual abuse, warned in a statement Laura Rey, Program Manager of Plan International in Honduras.

In that Central American country there are two confirmed cases of sexual abuse of girls in shelters, added Rey.

However, 'Plan International', whose regional headquarters is in Panama, suspects that there are more cases of alleged sexual abuse in shelters in Central America .

Based on our experience responding to emergencies around the world, we know that there is a great risk of sexual harassment and abuse against girls in shelters throughout the region, Amalia Alarcón, Regional Manager of Programs and Influence of International Plan.

The fact that even before the second hurricane in Honduras two cases had already been reported is clear proof that once again the script is repeating itself. The great challenge is that most of these cases are not reported, she added.

During the first half of November, hurricanes Eta and Iota caused more than 200 deaths in Central America, dozens of disappeared and 6.2 million affected. Some 130,000 people, including 53,000 children, still remain in 1,200 official shelters in Guatemala, Honduras and Nicaragua.

Plan International considers that many of these centers do not have spaces prepared for girls to wash themselves, or differentiated bathrooms or adequate places to sleep without fear.

We girls are afraid that an adult will violate us, said Angie, a 13-year-old Nicaraguan, according to a testimony given by Plan International to AFP.

Angie, not her real name, told how on one occasion an adult approached her to insinuate himself, grab her hand and invite her "to a hotel."

I got scared, I pushed him and ran away, then he got angry, he started to say bad words and offend me and told me to go with him, but I didn't," said the minor, who also denounced that young people and adults bother her, they don't let her sleep or bathe properly "because they are always there spying on me and I feel watched."

The girls suffer "violence" because they "live with strangers" and "may be excluded" or not receive "the necessary food," according to the testimony of 16-year-old Guatemalan Patricia.
Add Comment