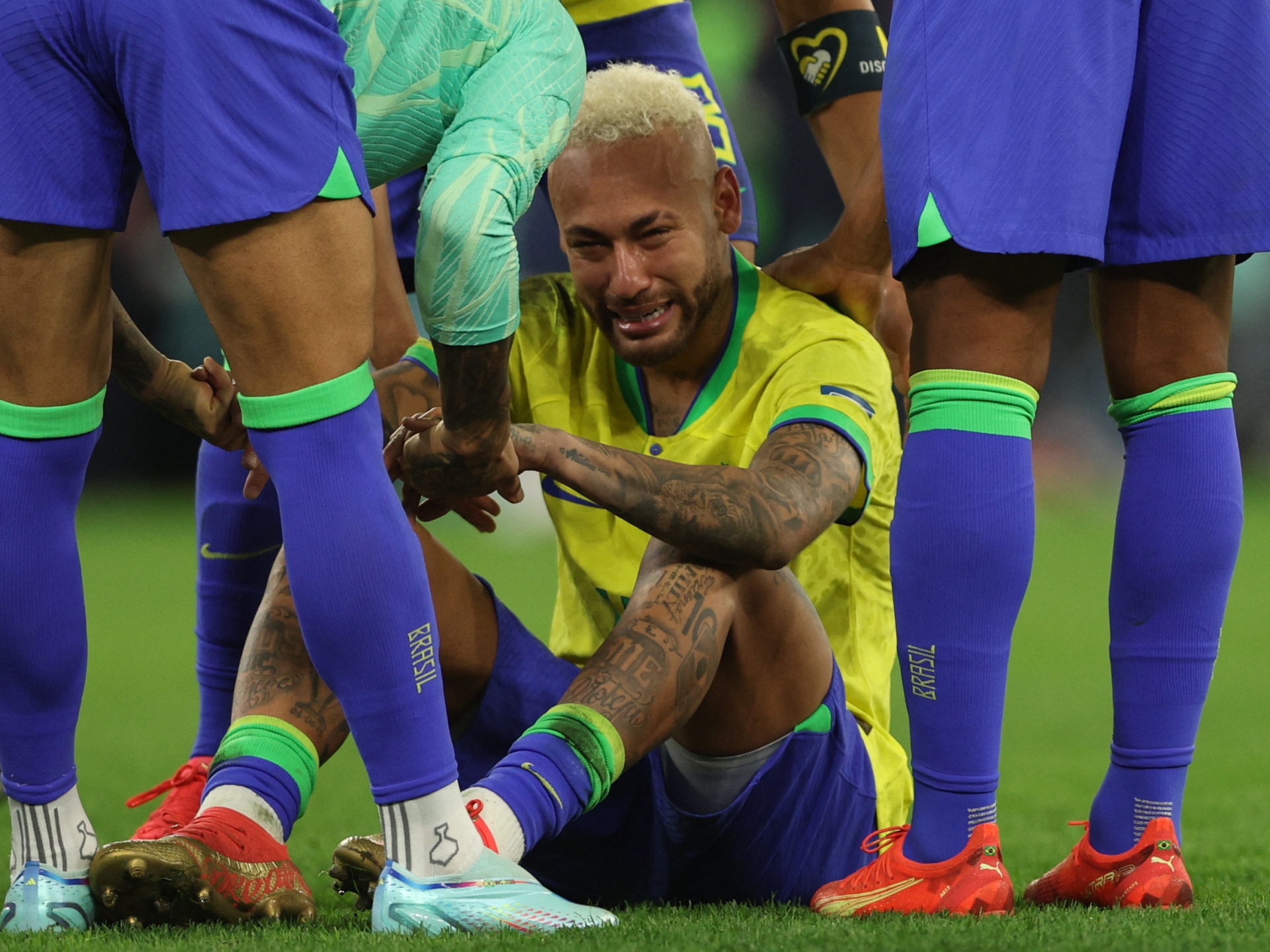 ‘I am psychologically destroyed,’ the Brazilian forward wrote on his Instagram account, which has received 18.8m likes.

Brazil’s Neymar said his team’s elimination from the 2022 World Cup following a devastating penalty shootout loss to Croatia has “psychologically destroyed” him.

Seleçãol were knocked out on Friday by Croatia in a stunning 4-2 quarterfinal penalty showdown that left Neymar in tears.

“I am psychologically destroyed,” Neymar said in an Instagram post on Saturday. “It is definitely the defeat which has hurt me the most, which left me paralysed for 10 minutes after the match, after which I burst into tears without being able to stop.”

“It is going to hurt for a very long time, unfortunately,” he said.

Neymar, who hinted this could be his final World Cup, said he was unsure on Friday whether he’d return to the Brazil side for another run at the Coupe Du Monde.

“Honestly, I do not know,” Neymar, 30, told reporters in Al Rayyan, Qatar, after the heartbreaking defeat.

But in response to Neymar’s emotional Instagram post on Saturday, Brazilian football legend Pele urged him to, “continue to be an inspiration”.

On Friday, Neymar had put Brazil on pace to cement a semifinal place by notching the game’s first goal in the first half of extra time, tying him with Pele as his country’s all-time leading scorer with 77 goals in 124 international matches. But Croatia, who tallied an equaliser in the dying minutes of added time, ultimately snuck away with a victory on penalties, stunning Brazil. 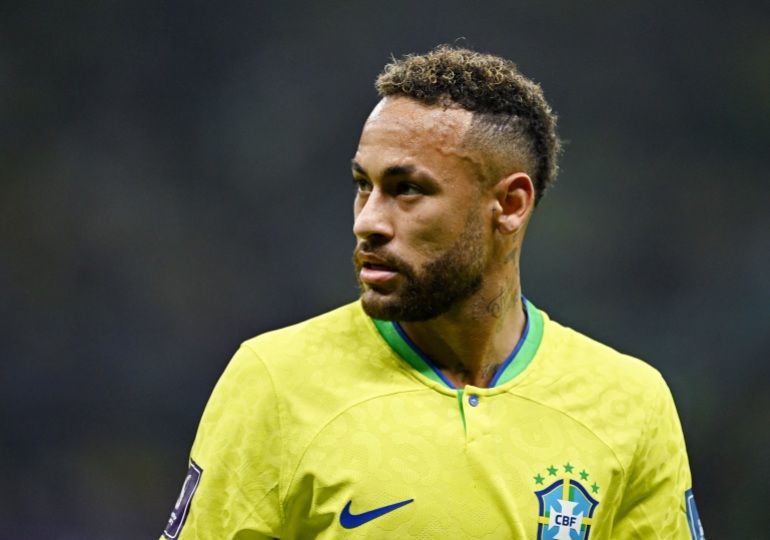 Brazil’s Neymar at Lusail Stadium in Qatar on November 24, 2022

Neymar broke down in tears in midfield after his teammate Marquinhos’ shot rang off the post, giving Croatia the win.

He had been slated to take the fifth penalty shot that never was.

In a remarkable and touching post-match moment, Brazilian defender Dani Alves quickly came to his aid, embracing a weeping Neymar as he absorbed his fate.

“He should have taken the fifth and decisive penalty,” Brazilian coach Tite told reporters after the game. “The player with the most quality and mental skills is the one to be in charge in the moment when the pressure is high.”

Pele, 82, who was hospitalised earlier this month for a respiratory infection amid a cancer diagnosis, also congratulated Neymar for tying his record in an Instagram post of his own.

“I saw you grow up, I cheered for you every day and finally I can congratulate you on equalling my number of goals with the Brazilian National Team,” wrote Pele. “We both know that it’s much more than a number. Our greatest duty as athletes is to inspire.”

“Unfortunately, the day is not the happiest for us, but you will always be the source of inspiration that many aspire to become,” the football great added. “I’ve learned as time goes by the more our legacy grows. My record was set almost 50 years ago, and no one has come close to it until now. [You] got there boy.” 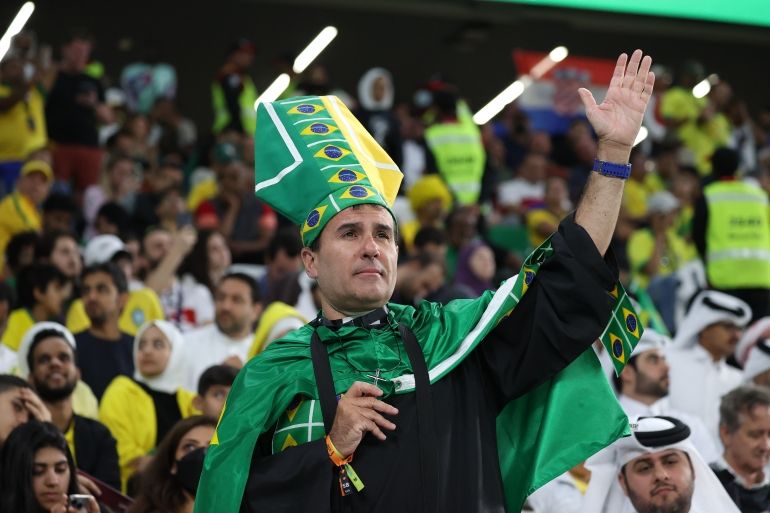 A Brazilian supporter at the Croatia-Brazil match at Education City Stadium on December 9, 2022

Emotions were running high for Brazilian fans in Doha and around the world after Brazil’s unexpected departure from the tournament.

“The sadness is too much,” Brazil supporter Paolo Souza told Al Jazeera after Friday’s match at Education City Stadium. “We had the best team in the world.”

Indeed, Brazil had been ranked number one by FIFA heading into the 2022 World Cup. And for many fans of the South American team – who will now have to wait another four years for a shot at redemption – the loss struck a nerve.

“We were very confident that we could win it this year but it was not meant to be,” Souza said.

“The defeat is so painful.”