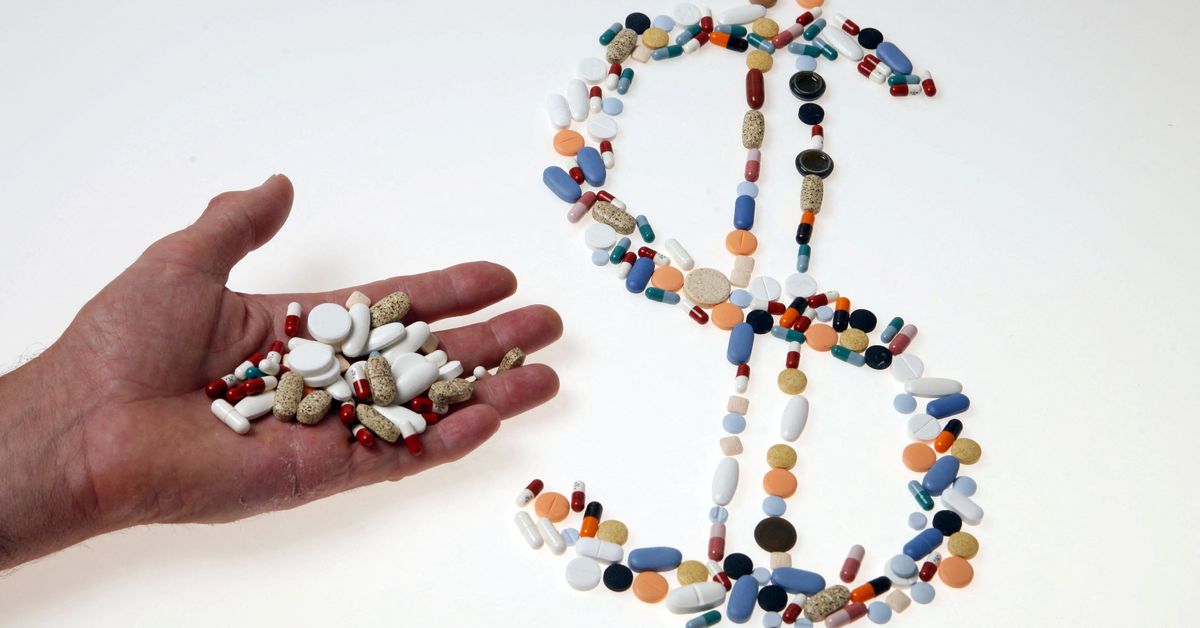 Drugmakers are launching new medicines at record-high prices this year, a Reuters analysis has found, highlighting their pricing power even as Congress moves to cut the $500 billion-plus annual bill for prescription drugs in the United States.

At the same time, some pharmaceutical manufacturers are disclosing less information about the pricing of those treatments, which have come under greater scrutiny in recent years, Reuters found.

"In the U.S. we allow drug manufacturers to freely set prices for all brand-name drugs," Dr. Aaron Kesselheim, professor of medicine at Harvard Medical School and Brigham and Women’s Hospital, told Reuters.

The median annual price of 13 novel drugs approved for chronic conditions by the U.S. Food and Drug Administration so far this year is $257,000, Reuters found.

They were in good company: seven other newly-launched drugs were priced above $200,000. Three other drugs launched in 2022 are used only intermittently and were not included in the calculation.

Last year, the median annual price rose to $180,000 for the 30 drugs first marketed through mid-July 2021, according to a study published recently in JAMA.

While the Reuters tally does not completely replicate the work of that study, it shows that the direction of new drug prices continues to be on the rise.

The JAMA study also excluded drugs that are used intermittently. It included an adjustment for the fact that drugs for very rare diseases have higher prices, which Reuters did not.

The pharmaceutical industry says that prices for new drugs, many of which now treat rare diseases for which there are no therapies, reflect their value to patients, including the ability to prevent costly emergency room visits and hospital stays.

Drugmakers also stress that they do not determine what U.S. patients end up paying for the medicines.

"Each person’s individual (health) insurer and plan will determine the out-of-pocket costs," Eli Lilly & Co said in response to a question about the $12,700 annual price of its new diabetes drug Mounjaro, adding that the company offers savings cards to reduce those costs to as little as $25 a month.

'AN ATTEMPT TO DISTRACT'

At the same time, drug price information has become harder to confirm. Reuters requested price data from all 15 of the companies that launched new drugs this year.

Six of the manufacturers either did not respond to a request for price details or initially provided only partial information, such as a "per vial" cost, rather than an annual cost based on average patient use, as they had in the past.

Sanofi (SASY.PA) said its new drug Enjaymo, used to treat a rare type of anemia, was priced at $1,800 per vial. When pressed further, the French healthcare group clarified that the typical annual price is $280,800.

Immunocore (IMCR.O) initially disclosed only a "per vial" price for melanoma drug Kimmtrak, and Dermavant Sciences gave only a "per tube" price for its new psoriasis cream. Bristol Myers Squibb (BMY.N) quoted a "per infusion" price for cancer treatment Opdualag. All three eventually provided annual prices.

CTI BioPharma (CTIC.O) referred Reuters to a third-party database, but later gave a monthly price for its rare anemia treatment Vonjo. Mycovia Pharmaceuticals said that "as a private company" it would not provide information on the price of its antifungal drug Vivjoa.

Dr. Ameet Sarwaptwari, a Harvard University professor who specializes in healthcare law, said such incomplete disclosure could be “an attempt to distract” from high annual costs.

Some drugmakers, in response, say treatment costs can vary depending on patient weight and other factors, complicating the estimation of prices for an average patient.

Congress last week passed the landmark $430 billion Inflation Reduction Act that includes a cap on annual drug price increases and allows the Medicare health program for seniors to negotiate prices for up to 20 of the drugs on which it spends the most.

The bill, however, does not limit what drugmakers can charge for new drugs. Some industry experts say that could leave manufacturers even more reliant on higher launch prices.

"The industry will turn to new drugs to try to use the lever that remains uncontrolled," said Daniel Ollendorf, of the Center for the Evaluation of Value and Risk in Health at Tufts Medical Center.

The JAMA-published study on drug prices showed that between 2008 and 2021, U.S. drug launch prices grew 20% annually.

On a net basis, which accounts for volume-based rebates and other discounts that health insurers negotiate with drugmakers, prices for new drugs rose by 11% a year, according to the study led by researchers from the Boston-based Program on Regulation, Therapeutics, and Law and from Brigham and Women’s Hospital.

Reuters did not calculate a comparable rise for 2022 as such discounts are not made public.

Discounts and rebates are often demanded by payers for new drugs once competing treatments become available. As patents expire, lower-cost generics also mitigate prescription drug price inflation, which in the 12 months through July has grown by 2.8%, according to the Bureau of Labor Statistics.

"The vast majority of drugs that Americans use are generics," said Rena Conti, associate professor at Boston University's business school. Drugs for diseases with few treatment options command the highest prices, she said.