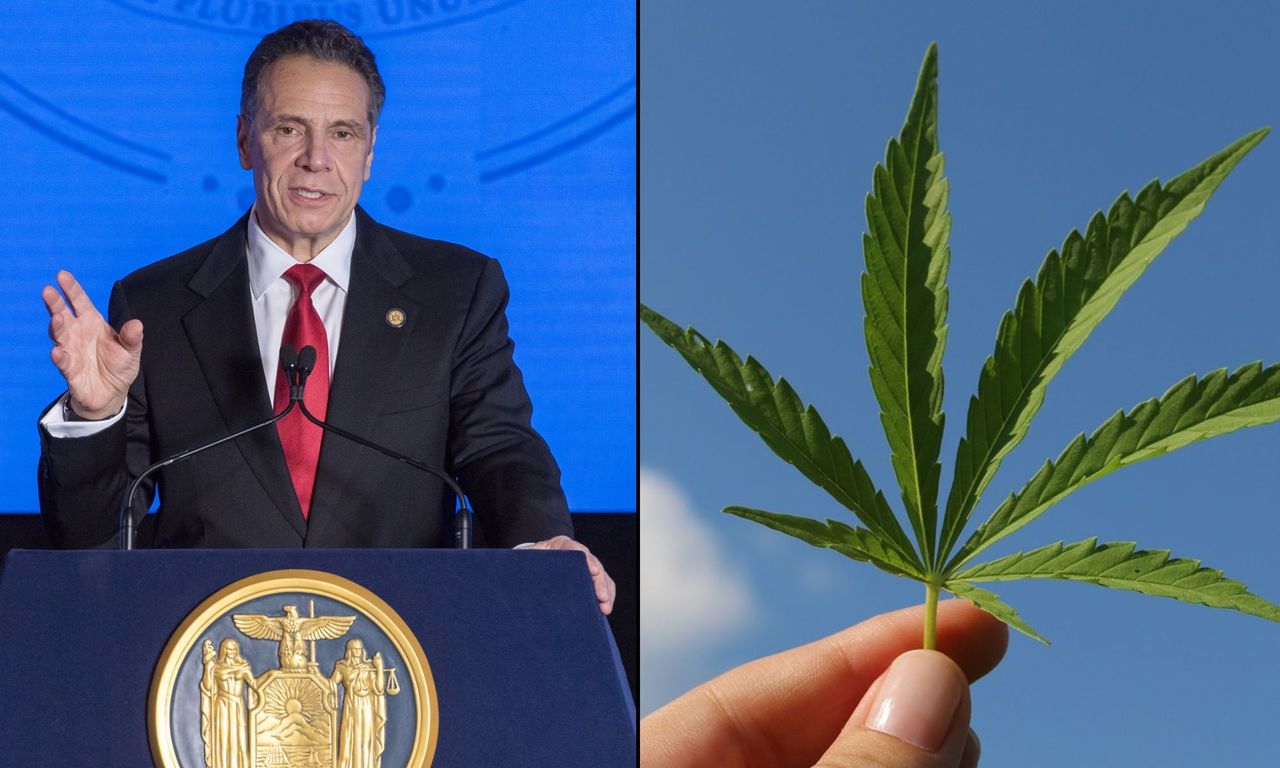 With the state facing a budget crisis, a Democratic supermajority in Albany may pave the way for new taxes and the legalization of recreational pot.

During a State of the State address, the governor said enacting the reform will help fill a significant budget deficit and promote restorative justice. The stepped up push comes days after he unveiled initial details of his administration’s latest legalization proposal.

“We will legalize adult-use recreational cannabis, joining 15 other states who’ve already done so,” Cuomo said in the speech. “This will raise revenue and will end the over-criminalization of this product that has left so many communities of color over-policed and over-incarcerated.”

A press release from the governor’s office says that legal marijuana will “create more than 60,000 new jobs, spurring $3.5 billion in economic activity and generating more than $300 million in tax revenue when fully implemented.”

The governor said that he plans to expand on his broader vision for 2021 in three supplemental State of the State speeches, and so it’s possible more details will soon emerge with respect to his legalization proposal. The legislative language for the reform will be included in his budget plan, which is expected to be proposed to lawmakers in the coming weeks.

Cuomo has attempted to enact the policy change through his budget proposals twice before, but that hasn’t worked out in part due to disagreements with the legislature over certain issues such as how to distribute marijuana tax revenue. He described legalization as an administrative priority in last year’s State of the State address as well.

His new plan, as briefly described last week, calls for the establishment of a new Office of Cannabis Management to regulate the state’s marijuana and hemp industries.

The governor also wants to create “an equitable structure” for the cannabis market “by offering licensing opportunities and assistance to entrepreneurs in communities of color who have been disproportionately impacted by the war on drugs.”

Watch Cuomo discuss marijuana during his State of the State below:

The state is expected to generate $300 million in annual marijuana tax revenue once the program is fully operational.

Lawmakers separately prefiled a bill to legalize cannabis in New York last week. The legislation, introduced in the Senate by Sen. Liz Krueger (D) and 18 other lawmakers, is identical to a version she filed last year that did not advance.

—
Marijuana Moment is already tracking more than 100 cannabis bills in state legislatures and Congress this year.

The Office of Cannabis Management

The CRTA would establish the Office of Cannabis Management (OCM) within the Division of Alcohol Beverage Control. The OCM would be governed by a five-member Cannabis Control Board, appointed by the governor, to oversee the adult-use, medical, and cannabinoid (CBD) hemp industries. Under the governor’s proposal, the governor would appoint all five members and the chair, who would also serve as the board’s executive director. The powers of the new office include the establishment of cultivation and processing standards, caps and limitations; the licensure of all business entities in the production and distribution process; the inspection and enforcement of the adult-use, medical, and CBD hemp programs; and the promulgation of all associated regulations. The OCM would ultimately determine details such as the types of products allowed in each program, advertising and marketing rules, product labeling rules, the number of licenses, the process for licensure, and the implementation of a social equity program.

The CRTA would largely maintain the licensing structures already established in the medical cannabis and CBD hemp programs but consolidate oversight of these two existing programs under the OCM, except that the oversight of hemp cultivation would remain under the purview of the Department of Agriculture and Markets. For the adult-use cannabis program, the bill proposes a two-tier market structure, similar to the state’s alcohol industry. Generally, vertical integration would be prohibited for entities licensed in the adult-use cannabis program, with limited exceptions for the registered organizations operating in the medical cannabis program. Under the proposal, some or all the registered organizations may be granted licensure in the adult-use cannabis program through a competitive bidding process administered by the OCM and remain vertically integrated.

For new applicants to the adult-use cannabis program, the OCM would administer a competitive process to license the following businesses: cultivators; processors and manufacturers; distributors; and retailers. Notably, this year’s version of the CRTA removes delivery licenses, and mandates that cultivators and/or processors wholesale adult-use products through licensed distributors. Applicants can seek licenses for both cultivation and processing, or for distribution, or for retail, but are not permitted to be vertically integrated. Furthermore, entities with retail licenses may not have direct or indirect ownership in more than three retail locations.

The CRTA mandates the OCM to establish a Social and Economic Equity Plan (the Equity Plan) that “actively promotes racial, ethnic, and gender diversity in the adult-use cannabis industry and prioritizes applicants who qualify as a minority and women-owned business, social equity applicant, or disadvantaged farmer and which positively impacts areas that have been harmed through disproportionate enforcement of the war on drugs.” The Equity Plan may also include reduced or deferred licensing fees, access to low- or zero-interest small business loans, access to incubator programs, and access to cannabis workforce development and hiring initiatives. Under the Equity Plan, the OCM’s Control Board will have the authority to create and distribute local social and economic equity impact grants to community-based organizations that are located or operate in areas most harmed by the disproportionate enforcement from the war on drugs.

In addition, the first $10 million from the THC-based tax, retail surcharges, and any license fees generated in fiscal year 2023 shall be earmarked for social equity purposes. This amount will increase by $10 million in each fiscal year until 2027, when it is capped at $50 million annually thereafter. The remainder of any tax revenues, surcharges, or licensing fees generated in any fiscal year will be directed to the newly established New York State Cannabis Revenue Fund.

Taxes, Local Control, and other Amendments

The CRTA establishes a THC-potency tax structure on cannabis sold for adult-use and extends the excise tax on medical cannabis. The bill creates a wholesale THC-based tax at various rates according to the THC content, or potency level, per product categories, such as:

A rate of 0.7 cent per milligram of THC content for cannabis flower/pre-roll/shake products.

A rate of 1 cent per milligram of THC content for cannabis concentrates and oil products.

A rate of 4 cents per milligram of THC content for cannabis infused/edible products.

The CRTA sets forth a local opt-out provision whereby all counties and cities with a population of 100,000 or more residents would have the opportunity to pass a local law, ordinance, or resolution by a majority vote of their governing body to opt out of the adult-use cannabis program. Local governments that participate in the adult-use cannabis program will be able to further regulate the time, place, and manner of cannabis operations through zoning powers.

Lastly, the CRTA amends various laws, including the Public Health Law, Vehicle and Traffic Law, the Penal Law, and the Tax Law to conform to the overall legalization of cannabis for adult-use by persons over the age of 21.

The legislature will now begin the process of reviewing and soliciting feedback on the Executive Budget proposal, including the CRTA. A Joint Budget Hearing regarding economic development and taxes – where proposals such as the CRTA will be examined – will be held on Feb. 23. Following the hearings, the Senate and the Assembly will each release their own budget proposals. The legislature reintroduced a competing cannabis legalization proposal, the Marijuana Regulation and Taxation Act (MRTA), A.1248/S.854, sponsored by Majority Leader Peoples-Stokes and Sen. Krueger. A version of the MRTA may be included in the legislatures’ standalone budget proposals.