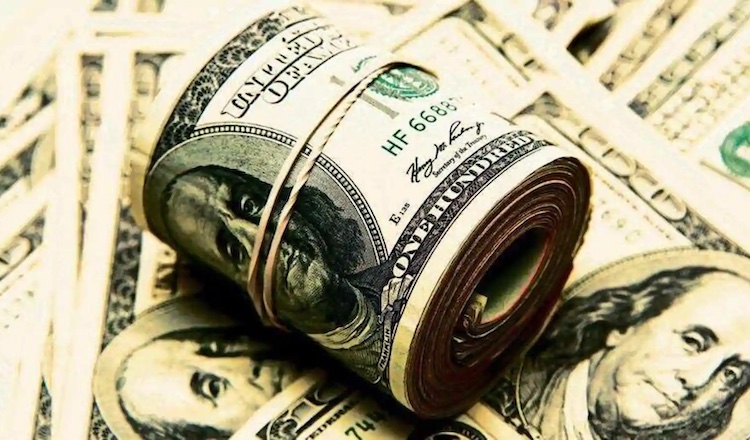 Americans expect massive inflation looming according to the results of the New York Federal Reserve Survey of Consumer Expectations. The presumed inflation rate tapped the highest point since 2013 and alongside the forecast of lower purchasing power, consumer debt and fears of a housing bubble in the U.S. are on the rise.

Americans Expects Inflation to Be 4.8% Over the Next Year

U.S. citizens are worried about inflation after the government locked down the nation for more than a year and the Federal Reserve increased the M1 supply by 30%. Inflation has been so bad in recent times, American supermarkets are buying up to 25% more supplies to get ahead of inflation and higher supply chain costs that could arise.

From 2020 up until today, bacon is up 14%, bread is up 7%, milk increased by 8%, and oranges are up 8% as well. There’s been a significant rise in lumber costs, the cost of gas has jumped, and the real estate market is frothy from the likes of hedge funds and Wall Street types.

Despite, the U.S. Federal Reserve remarked that the inflation will only be “transitory,” the New York Fed said in its latest Survey of Consumer Expectations that inflation is expected to be 4.8% over the next 12 months. This metric is the highest level recorded since 2013 and the perception of an American’s state of personal finances has degraded.

“In contrast, respondents were slightly more optimistic about their households’ financial situations in the year ahead.”

American Are Borrowing More, Uncertainty Around Housing Market the Highest Ever
Consumers surveyed by the New York Fed also had shown that the rate of borrowing either one or more types of credit has jumped to 45% in February 2021 from 35% in October 2020.

“The increase was broad-based across loan types and credit score groups, although it was largest for mortgage refinance applications,” the Survey of Consumer Expectations report notes. Despite the rising number of Americans looking for credit, the overall rejection rate for credit jumped to the highest recorded rate since October 2018.

Meanwhile, as stimulus money has run out, schiffgold.com published a report on how “Americans are whipping out their credit cards.” The Federal Reserve data from the report shows that consumer debt jumped 10% in May and the report stressed that “Americans collectively now owe $4.28 trillion in consumer debt.”

The numbers stem from debt instruments such as student loans, credit cards, and auto loans. The data does not include mortgages and the report shows that consumer debt figures increased by $35.3 billion in May.

The New York Fed’s latest Survey of Consumer Expectations also shows that Americans may be concerned about the U.S. real estate market as consumers disclosed that home prices will remain seeing a steady increase at 6.2% per annum, but doubtfulness surrounding that outlook was the highest the New York Fed survey has ever recorded.

Americans are noticing that there are buyers out there today trying to bid on properties they have never seen or visited. In April, 47% of the homes listed in the U.S. moved to pending in less than seven days.

Oh ya 395 days ago
Well no shit Spurlock you can't print trillions of backed by nothing dollars and not expect inflation. The government is dumping 120 billion a MONTH into the market to keep interest rates down and stop the stock market from imploding. But we see Wells Fargo and the reverse repo market are signaling a liquidity crisis so you best be ready.
View all comments (1)Add comment