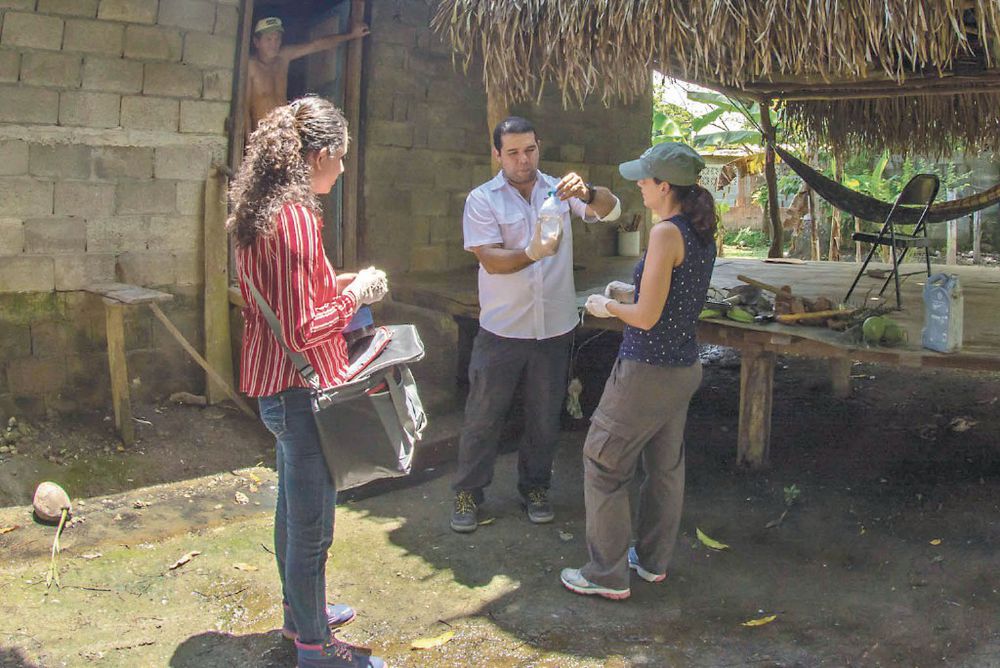 A study published in the PLOS Neglected Tropical Diseases magazine on Covid-19, in which the Panamanian scientist from the Institute for Scientific Research and High Technology Services Indicasat-AIP, José Loaiza, warns that there are factors, such as tropical climate and socioeconomic inequality that influences virus transmission in Latin America and the Caribbean.

Loaiza said that the high temperature and humidity that is typical of the region could slow down transmission, but the fact that many people congregate in areas that have air conditioners creates the conditions for the persistence of the new coronavirus.

Researchers from the University of Oklahoma and Johns Hopkins University also participated in the Covid-19 regional study.


The search for scientific evidence on the behavior of the new coronavirus does not stop. Scientists from Panama and the world are working with various research models to answer an endless number of questions that exist about the virus that emerged five months ago in Wuhan, China. Although, according to Reuters there had been reports that COVID-19 would have been in Italy already as early as November last year, as the area of Milan was seeing a 'significantly' higher number of pneumonia cases than previous years.

A question that science seeks to clear is: are there other forms of transmission other than by secretions from the respiratory tract or contact with contaminated surfaces?

The Panamanian scientist from the Institute for Scientific Research and High Technology Services Indicasat-AIP, José Loaiza, who participated in a regional study on Covid-19, explains that it was established that, in addition to contagion of the virus by the respiratory tract and the contact with contaminated surfaces, there are other transmission routes in the Latin American and Caribbean region.

The study published in the journal PLOS Neglected Tropical Diseases warns that tropical climate and socioeconomic inequality can influence the propagation dynamics of the virus responsible for the Covid-19 disease, which has now affected 187 countries.

Loiza explained that the environmental models used in the investigation, "although they indicate that the high temperature and humidity in Latin America and the Caribbean could slow down the transmission of the virus," what is actually happening is something else.

Many people in the Latin American tropics congregate in areas with air conditioners, creating conditions for the virus, explained Panamanian scientist José Loaiza.

The other reality that Loaiza raises is due to the fact that many people in the Latin American tropics congregate in areas with air conditioners, such as offices, public transport and restaurants, among others, creating the conditions for the persistence of the new coronavirus, and accelerating its transmission by contact with surfaces.

This is described by Loaiza, who is also a scientist associated with the Smithsonian Tropical Research Institute (STRI) and a professor at the University of Panama.

The scientist, along with the other researchers, maintains that there are other transmission models that must be considered, especially the fecal-oral one, in other words, the consumption of contaminated water.

In this regard, Matthew Miller, a scientist from the University of Oklahoma, stated that fecal-oral transmission could be important for the expansion of Covid-19 in the region.

Miller's approach arises because, despite being a respiratory disease, there are several scientific studies that have shown that this is happening in densely populated and low-income areas.

He stressed that the danger lies there, since SARS-CoV-2 can survive for several weeks in room temperature water, especially in areas where access to drinking water and sanitation is very low.

Researchers from Johns Hopkins University also participated in the study, concluding that in Latin America and the Caribbean it is necessary to be more aggressive than in Europe and North America against this new coronavirus, and that it can be considered the learning pandemic, in which social, economic and government sectors must adapt to the dynamics of Covid-19.