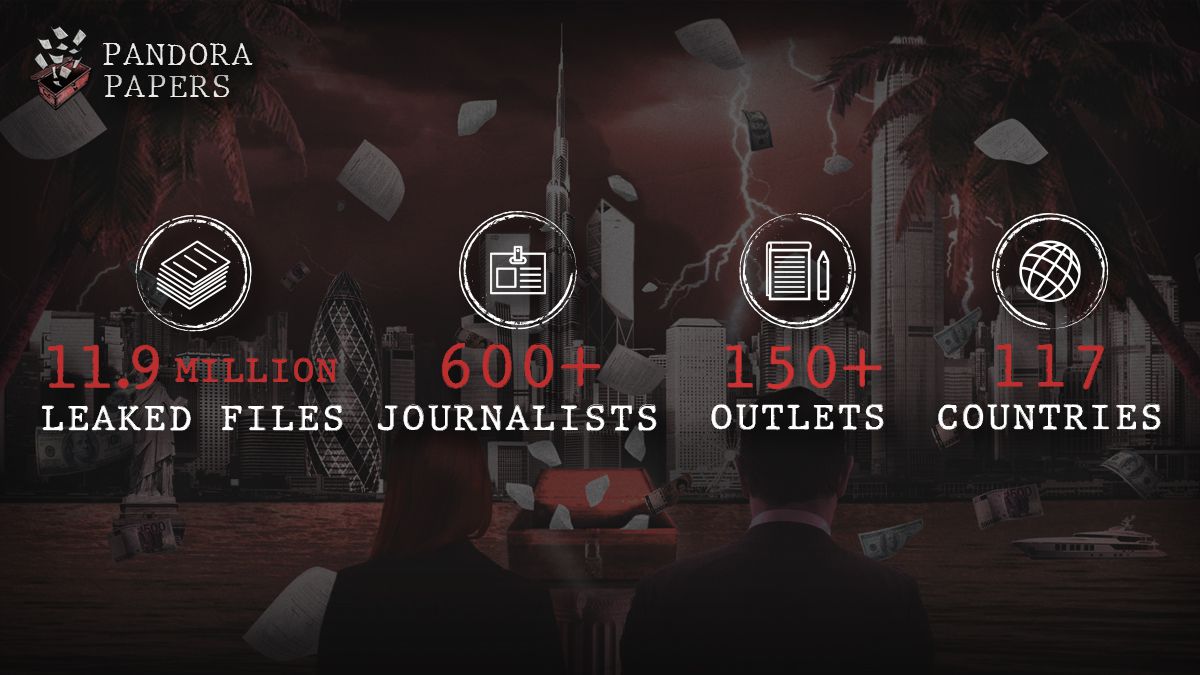 Of the 14 Latin American leaders, 11 have already left power and three are still active, says the ICIJ in the investigation of the "Pandora Papers."

Of the 14 Latin American leaders, 11 have already left power and three are still active: the Ecuadorian Guillermo Lasso, the Chilean Sebastián Piñera and the Dominican Luis Abinader, revealed The Washington Post, El País, the BBC and The Guardian, who have participated on the research.

The "Pandora Papers" have uncovered how the world elite used a web of trusts and shell companies in places like the British Virgin Islands, Panama or the US state of South Dakota to avoid paying taxes.

The investigation is based on 11.9 million files from 14 firms that created companies in tax havens and represents the largest leak in history, surpassing the "Panama Papers" published in 2016 and which opened a worldwide debate on corruption.

One of the regions that occupies a prominent place in the investigation is Latin America with the mention in total of 14 leaders: three who are still active (Piñera, Lasso and Abinader) and 11 who have already left power.

Among those 11 ex-presidents are the Peruvian Pedro Pablo Kuczynski; the Honduran Porfirio Lobo; the Colombians César Gaviria and Andrés Pastrana; the Paraguayan Horacio Cartes and the Panamanians Juan Carlos Varela, Ricardo Martinelli and Ernesto Pérez Balladares.

In the case of Piñera, the Chilean media CIPER and LaBot revealed that the president did business in the tax haven of the British Virgin Islands and, among those businesses, included the sale of the Dominga mining project, an operation that involved businessman Carlos Alberto Délano , one of his childhood friends.

Piñera and his family were the largest shareholders of the Dominga project, but months after arriving at the Palacio de La Moneda Piñera sold the mining project to Délano with an act signed in Chile for $ 14 million and another in the British Virgin Islands for $ 138 million. of dollars.

The payment was supposed to take place in three installments, although the last one depended on not creating an environmental protection area for that mining project, as requested by environmental groups and something that Piñera decided not to establish, according to CIPER and LaBot.

Another of the active presidents that appear in the files is Lasso, who was a banker and managed to operate 14 companies registered in tax havens, according to the newspaper El Universo, which explains that the president got rid of those entities in 2017 before stand for election.

For his part, Abinader appears linked to two secret societies in Panama, which were created before he came to power last year, according to the report with Alicia Ortega from Noticias Sin.

According to this investigation, Abinader appears as a beneficiary of these entities since 2018, three years after a law came into force that obliges companies to disclose their owners.

In addition, three of the richest men in Mexico appear in the archives: the mining magnate Germán Larrea Mota Velasco, the heiress of the Modelo beer group, María Asunción Aramburuzabala, and Olegario Vázquez Aldir, who controls hotels, insurance companies and the media, reported El País.

FROM TONY BLAIR TO JULIO IGLESIAS

Likewise, according to the ICIJ, the close circle of Pakistani Prime Minister Imran Khan, which includes members of his cabinet and their families, has hidden millions of dollars in companies and entities outside the country.