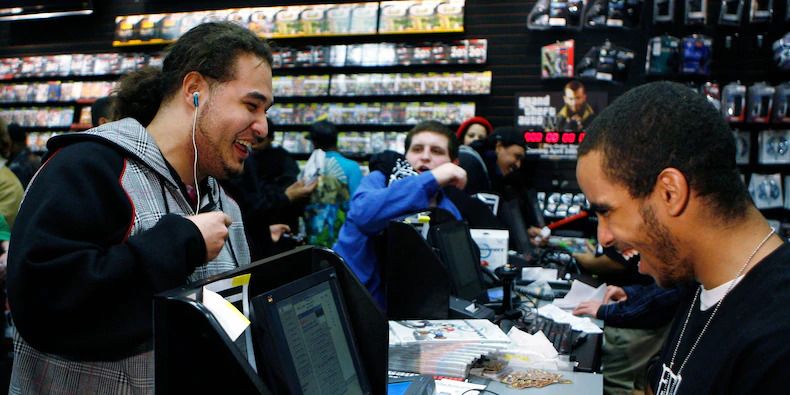 GameStop shares have climbed again, but a slowdown in purchases by retail investors indicates Reddit may not be leading the charge this time.
GameStop is back in the spotlight with big upside moves in recent sessions, but new data suggest the price action might not be being spearheaded by retail investors as it was during the January rally led by Reddit's WallStreetBets platform.

In the past two sessions ending Tuesday, the stock had jumped by about $112 to nearly $250 each.

Figures from Vanda Research, which tracks retail investing activity in 9,000 individual stocks and ETFs via its VandaTrack platform, paint a different picture of the most recent rally in Reddit's favorite meme stock.

"Everybody's been talking about GameStop," Viraj Patel, global macro strategist at Vanda Research, told Insider on Wednesday. "You would've imagined retail [investors] again were behind that but they're not because they are buying around a tenth of what they were buying every day of net back in late January," said Patel who was in London looking at figures from Vanda Research data analytics arm, VandaTrack.

In a tweet on Wednesday, Patel said there was no sign "whatsoever" of a retail-driven short squeeze in GameStop shares.

Looking at the differences in net dollar purchases in January and the latest rally, "it's almost as if that gap [appears] to me like it's a different type of trader or investor behind the recent move," said Patel. "It's definitely not retail because these volumes just wouldn't have the same impact on price compared to what we saw back in January."

He said the fresh upswing in prices was likely driven by institutions.

Though it could be the culmination of a short-squeeze, with big buyers closing short positions, another possibility could be "a few speculative institutional players - long-short fund managers would be the other type that may like GameStop on a short-term basis, part of the reflation, reopening trade in the US," he said.

"Given the total volume traded (which still remains significant), we know there's other types of investors buying/selling. Unlike in [January] where the net purchases by retail account for a bigger share of the total volume," Patel said in a follow-up email.

GameStop shares were volatile on Wednesday, marked in part by a brief and sudden plunge of the shares before they turned positive again during the session.
#Coronavirus  #GameStop  #WallStreetBets
Add Comment