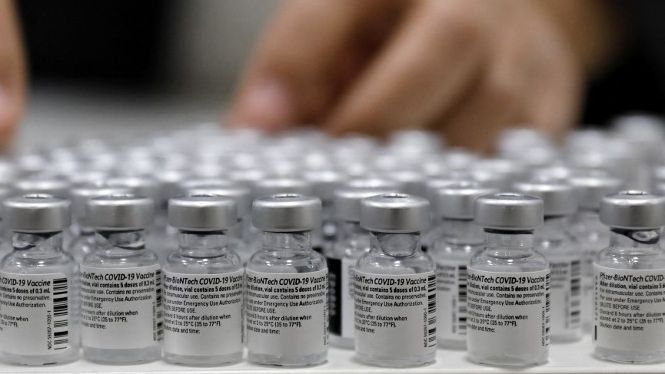 A new batch with a total of 87,550 doses of the COVID-19 vaccine developed by Pfizer and BioNTech, will arrive in Panama early this Wednesday, the authorities of the Ministry of Health (Minsa) announced.
"At 2:00 am this Wednesday, March 3, a new shipment of 87,550 doses of Pfizer pharmaceutical vaccines arrives in Panama, with this new shipment it is intended to end with the second dose to the people that correspond according to their application time of the first dose, and the groups of the first phase will be finished to start Phase 2 this week," said the head of Minsa, Luis Francisco Sucre.

As of this Thursday, March 4, the Minsa is scheduled to begin Phase 2 of vaccination, which includes adults over 60 years of age, in the 8-6 circuit, San Miguelito, for having the highest mortality rate; and 19 centers with 94 vaccination tables have been established for the 9 townships.

On January 20, Panama received the first load with 12,800 doses of the formula developed by Pfizer and BioNTech, and that same day the application of the vaccine to front-line personnel in the pandemic began.

The second batch with 67,860 doses of the vaccine arrived on Panamanian soil on February 17, with which the application continued in Stage 1A that included health professionals in COVID areas of both public and private hospitals; as well as with Stage 1B that contemplated non-prioritized health workers, people over 60 years of age with exceptional conditions, and people over 16 with disabilities.

On February 24, Panama received the third batch of 77,220 doses of the COVID-19 vaccine, which began the application to essential services groups (public force, Sinaproc, Firefighters, Red Cross), people over 16 with disabilities certified in the Senadis, bedridden, and cleaning staff.