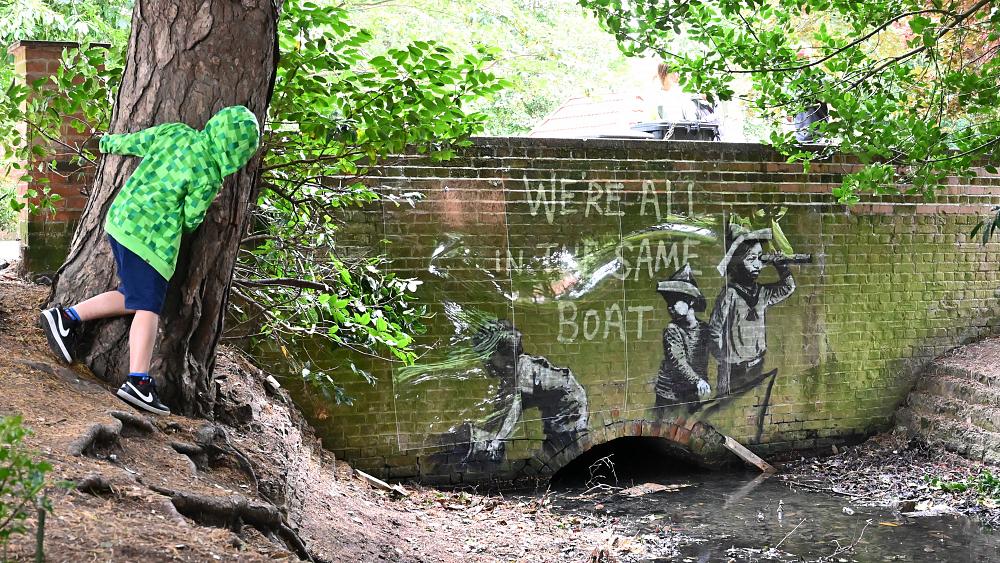 British street artist Banksy confirmed via a video on his Instagram account on Friday that he was indeed the author of several works that recently appeared in England.

New artworks by the anonymous street artist Banksy have appeared in seaside towns in England.

The three-minute clip, titled "A Great British Spraycation," depicts the artist's summer journey in a tired camper van with cans of paint in the cooler.

On a concrete buttress of an English beach, Banksy adds a rat, his favourite rodent, sipping a cocktail in a deckchair. 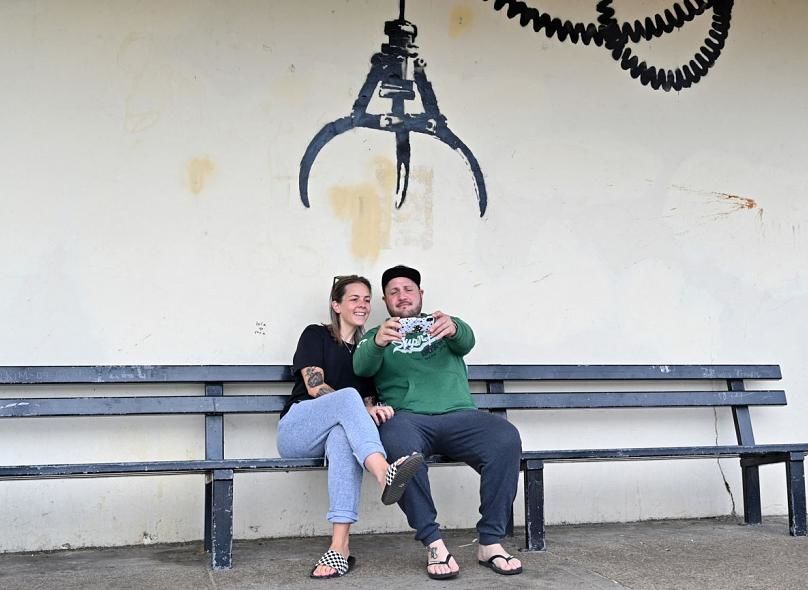 A Banksy, on a wall in Gorleston-on-Sea

Another work, painted just above a bench, represents a funfair machine clamp, making passers-by who sit on it a prize or a stuffed animal to be won.

Above a rubbish skip, the artist has made a seagull appear ready to feast on it. 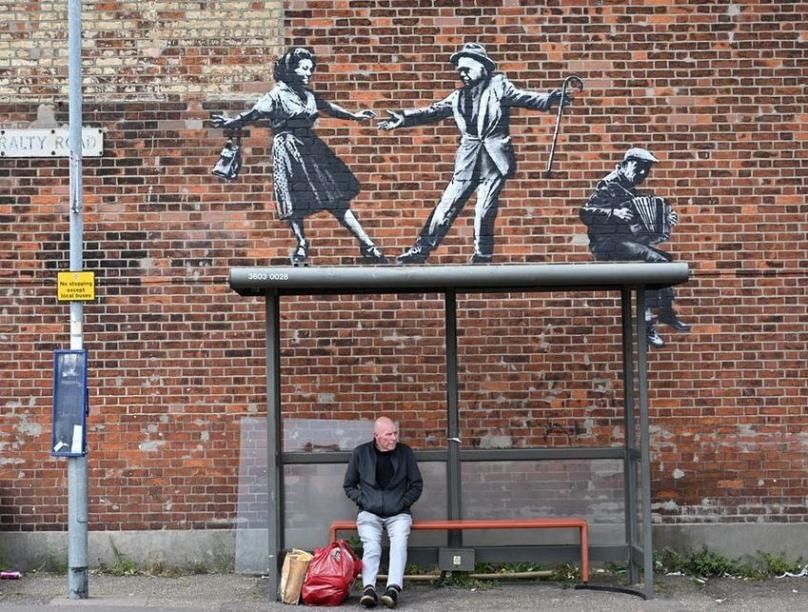 A Banksy on a wall in Great Yarmouth

Echoing the environmental crisis, a stencil painting shows three children, one bailing with a bucket, on a corrugated iron boat resting against a green brick wall, with the inscription "We're all in the same boat".

In the small town of King's Lynn in eastern England, Banksy gives the statue of engineer Frederick Savage, famous for his steam engines, an ice cream cone and a tongue to eat it with. 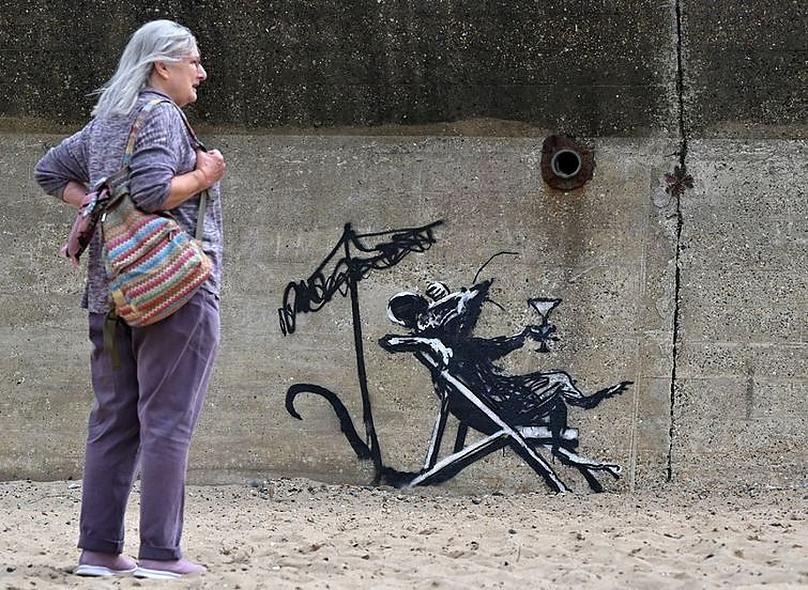 On the roof of a bus shelter, he invites dancers and an accordion player, on a miniature house in Merrivale Model Village, a "Go big or go home" sign.

In recent years, the Bristol-based contemporary artist, who skilfully maintains the mystery of his identity, has kept the contemporary art world on its toes with his iconic causes (migrants, opposition to Brexit, denunciation of Islamists) and has caused a stir at auctions.