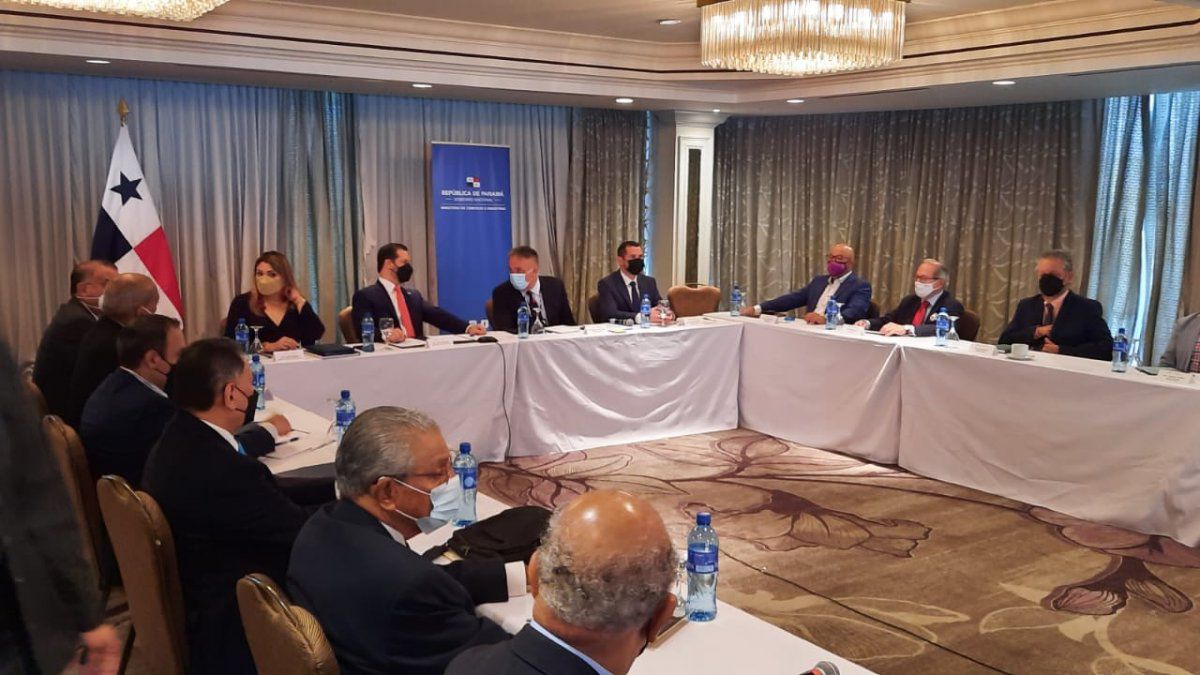 According to President Cortizo, the negotiations will seek to agree a new contract between the Panamanian State and Minera Panama, with better benefits for the country.
The contractual negotiation process between Minera Panamáand the high-level commission appointed by the National Government, which seeks a more beneficial contract for the country on the extraction carried out at the Cobre Panama mine, began this Wednesday.

At the negotiating table, figures such as the Minister of Labor, Doris Zapata; the head of Commerce and Industries, Ramón Martínez; and the Minister of Agricultural Development, Augusto Valderrama; Milciades Concepción of the Ministry of the Environment among others; and managers of the mining company.

"We trust that the process that begins today will be frank, robust, exhaustive and transparent for the country. We expect a negotiation in which the best interests of the State and our acquired rights as a company are respected in the same way, seeking the best results for Panama. In addition, we expect that it will be a space of respect for private capital investment and legal security that fosters a win-win result for all parties involved and for the country," said Manuel Aizpurúa, spokesperson and member of the negotiating team. for de side of the company.

For his part, Minister Martínez confirmed that the intention of this negotiation table is to achieve a contract with better benefits for the country on the extraction of metallic minerals that is carried out in Cobre Panama.

The minister noted that The G7 Connex, an initiative of the G7 to provide support to governments to negotiate good contracts with good terms in mining operations, were virtually at the negotiating table.

Previously, President Laurentino Cortizo had emphasized that for his government in this negotiation the commitment to ensure the best interests of the country would prevail above all, so that the maximum use of natural resources is sought, which means that the country must receive interests substantial and fair for the extraction of mineral resources and that this extraction is carried out in accordance with the best practices established for mining by the international community.

He also explained that the new contract must integrate the best environmental, labor, fiscal, economic and social development aspects for Panama, but specifically for the communities of Donoso and Omar Torrijos, in the province of Colón; and all its areas of intervention.

The president announced that a report will be generated periodically on progress in the negotiation.
Add Comment