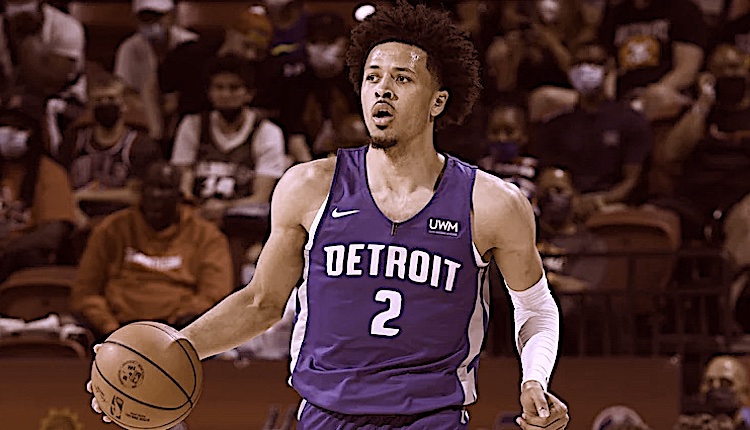 NBA: Detroit Pistons’ start Cade Cunningham and BlockFi have partnered up to introduce the potential of cryptocurrencies to basketball fans.

BlockFi signed an exclusive multi-year partnership with the professional basketball player – Cade Cunningham. Detroit Pistons’ star will participate in educational videos and exclusive interviews, while the financial services company will provide him with a bonus paid directly in bitcoin (BTC).

Bonus Paid in Bitcoin
According to a recent press release, the rising star of the National Basketball Association – Cade Cunningham – entered into a partnership with the crypto-focused company – BlockFi. The 19-year-old American will educate sports fans about cryptocurrencies’ value by featuring in interviews, videos, and promotional giveaways as part of the collaboration.

Cunningham will receive a signing bonus for the deal, the amount of which was not disclosed. What’s known, though, is that BlockFi will transfer it directly into his account in the form of bitcoin.

Detroit Pistons’ guard argued that digital assets are getting more and more important in the financial system. He added that the partnership with BlockFi would not only be beneficial to him as a long-term investor but also to communities across the globe that will get the chance to learn more about the cryptocurrencies’ merit:

“I’m excited to partner with BlockFi to really diversify my portfolio and manage my crypto assets; especially as they become more important in personal finance. For me, it’s not just about setting up myself for financial success long-term but also to educate future generations on financial wellness.

In communities across the U.S. and around the world, many hardworking people still don’t have access to cost-efficient, reliable options to save and invest.”

In his turn, Zac Prince – CEO & Co-Founder of BlockFi – praised Cunningham as one of the stars in the NBA. He opined that people like him would definitely guide society to a better understanding of the potential of virtual assets:

NFL Star Would Convert His Annual Marketing Profits into BTC
The National Football League also has its examples of digital asset supporters. New York Giants’ running back – Saquon Barkley – said he would receive all his future endorsement money exclusively in bitcoin.

He further highlighted the primary cryptocurrency as the right choice for a store of value, especially when inflation starts to shake the economy:

“We’re seeing inflation and we’re learning you can’t save wealth. That’s why I am going to be taking my marketing money in bitcoin.”

Barkley said he wants to create generational wealth for his family. This is impossible to rely on salary alone, and he claimed that investing in bitcoin is “the smart thing to do.”