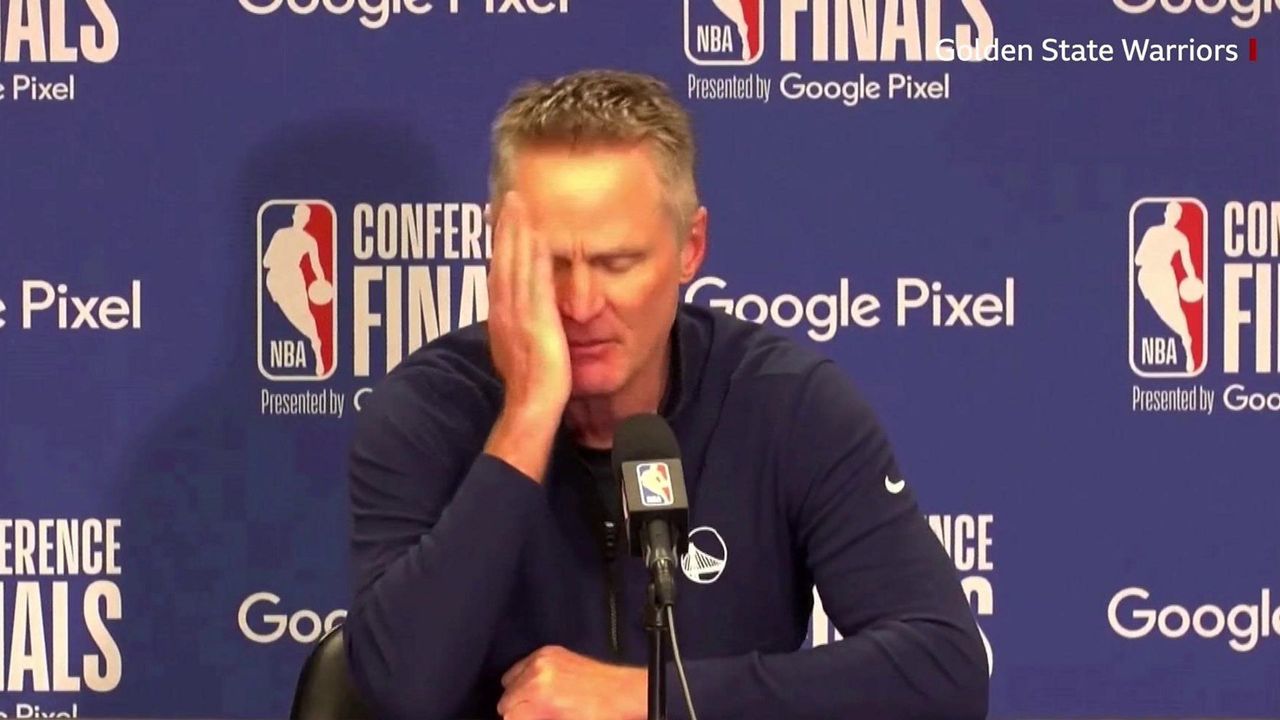 The head coach for the NBA's Golden State Warriors, a team based in San Francisco, refused to talk about basketball during a news conference and instead delivered an emotional speech condemning gun violence in the United States.

On Tuesday, 19 young children and two adults died in a shooting in south Texas, after a gunman opened fire at Robb Elementary school in the city of Uvalde.

Steve Kerr, said "basketball questions don't matter" before talking about recent shootings in the US and asking when something would be done.

Oh ya 39 days ago
If having 18 school children killed in one day is bad we can just guess how he feels about the approximate 2500 kids everday in America through abortion. Maybe someone should ask him that on camera
View all comments (1)Add comment