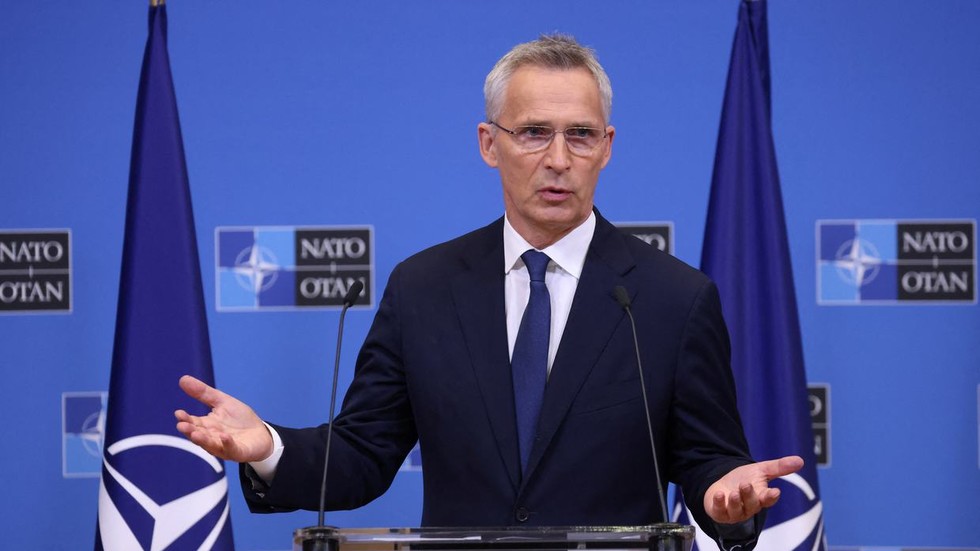 “In this conflict, NATO has two tasks: supporting Ukraine and preventing the war from escalating into a full-scale war between NATO and Russia,” Stoltenberg said in a speech in Norway.

The military bloc’s chief described the Russia-Ukraine conflict as “the most dangerous situation in Europe since World War Two” adding that Moscow must not be allowed to win. “If Russia wins the war, [Russian President Vladimir] Putin will be convinced that violence works. Then other neighboring countries may be next,” Stoltenberg argued.

Since the start of Russia’s military operation on February 24, Ukraine has received substantial military aid from NATO countries, with billions of dollars’ worth of weaponry pouring into the country – something Moscow has repeatedly criticized.

In July, Russian Foreign Minister Sergey Lavrov said in an interview to RT that Ukraine was being “pumped” with Western military hardware, and moreover, “forced to use these weapons in an increasingly riskier way,” thus keeping Kiev from making “any constructive steps”.

In his speech on Thursday, Stoltenberg claimed that Putin has ultimately failed to achieve his goals, since instead of NATO scaling back its presence in Eastern Europe and slowing down its expansion, the alliance has become “stronger and more consolidated” with the impending accession of Sweden and Finland.

Bolstering defences on NATO’s eastern flank is crucial, amid efforts to prevent a Russian victory in Ukraine, the secretary general emphasized. Nevertheless, he reiterated that the alliance was not “a party to the conflict” and will not send troops into Ukraine.

Before launching its operation, Russia repeatedly said it views NATO’s eastward expansion as a threat to its national security.

In December 2021, Moscow appealed to the US and the alliance for legal guarantees that NATO would cease its expansion and refrain from deploying weapon systems capable of striking deep into Russian territory. However, NATO replied that it was for its members and accession candidates to decide whether to join the alliance or not.

Stoltenberg was speaking at a yearly camp held on the island of Utoya by the youth wing of Norway’s Labor Party, of which he was the leader until 2014. The island made headlines in 2011, when Norwegian right-wing extremist Anders Breivik opened fire on the camp after blowing up a truck bomb at a government building Oslo to distract the police. The massacre left 77 people dead.
Add Comment