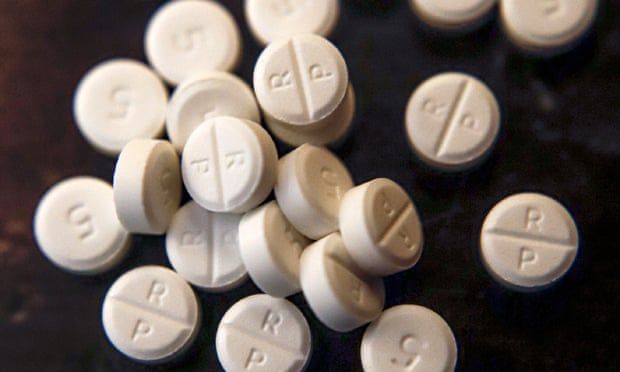 The filing in Cleveland lays out the details of the settlements with Johnson & Johnson and AmerisourceBergen, Cardinal Health and McKesson.

All federally recognized tribes will be able to participate in the settlements, even if they did not sue over opioids. Many tribes have been hit hard by the addiction and overdose crisis.

The same companies are nearing the final stages of approval of settlements worth $26bn with state and local governments across the US.

Elsewhere, attorneys general for eight holdout states and the District of Columbia are close to reaching a new settlement with the OxyContin maker Purdue Pharma that would require members of the family who own the company to increase their contribution to the deal, according to a court filing.

A judge gave the Sackler family 16 more days of protection from lawsuits over the toll of the drugs while the details are worked out.

Legal protections for members of the Sackler family had been set to expire, opening the floodgates for new or resumed claims that individuals in the billionaire family bore personal responsibility for an opioid crisis that has been linked to the deaths of more than 500,000 Americans.

At a hearing held by video conference from his courtroom in White Plains, New York, a US bankruptcy judge, Robert Drain, agreed to the extend legal protections for family members for the 12th time since 2019.

The ruling came a day after a second bankruptcy judge serving as a mediator in the matter said the Sacklers and other parties were close to a new settlement.

The judge, Shelley Chapman, said in the court filing members of the Sackler family would contribute a “substantial additional consideration” above the $4.5bn in cash and charitable assets they have already agreed to pay as part of a deal, along with giving up ownership of Stamford, Connecticut-based Purdue.

She said the attorneys general for eight states and the District of Columbia who objected to a previous settlement deal were close to agreeing in principle to the new one. Chapman said mediation should wrap up by 7 February.

Drain said he would approve that and also grant Purdue’s request to keep legal protections in place for Sackler family members until 17 February.

Drain said that if a deal was not in place by then, “all bets are open” as to whether he would protect the family again.

The effort to reach a new settlement is the latest chapter in a complicated legal saga through bankruptcy court.

Last year, the overwhelming majority of Purdue’s creditors, including state and local governments, Native American tribes and individual victims of the opioid crisis agreed to a settlement, which Drain approved.

But in December, another judge dismissed it, ruling that Drain lacked jurisdiction to let the Sacklers off the legal hook when some parties disagreed. That ruling is being appealed.

At Tuesday’s hearing, only one lawyer pushed against extending protections for members of the family, which is worth billions: Joe Rice, a lead lawyer for local governments who had sued Purdue.

He argued that it was time to open other legal options in a case that has rung up legal and professional fees of $740m so far.

A Purdue lawyer pointed out that more than half of those costs were to pay to notify victims they could request a piece of a settlement and to pay the legal costs of the company’s creditors.
#Johnson

Oh ya 301 days ago
How about us folks that were smart enough not to take stupid drugs do we get something for having at least 2 working brain cells ? Stupid people aways want to sue someone for their stupid decisions
View all comments (1)Add comment