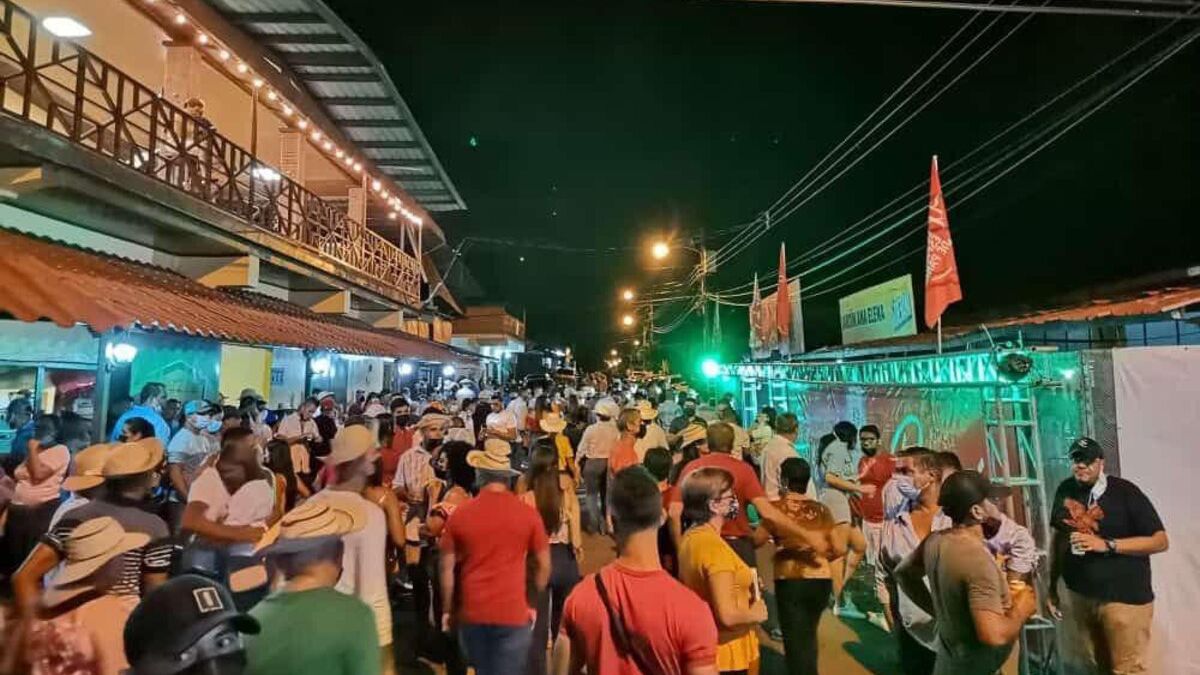 The Guararé authorities allowed two dance activities and a bullfight that caused the crowds of people on public roads.
The National Police of Panama reported this Sunday about the eviction that they carried out on Saturday night in activities that were registered in the district of Guararé, where people gathered in the streets and impeded vehicular passage.

The Police indicated that the population collaborated with the authorities and the use of force was not necessary, but they reminded them that they were committing an administrative offense when leaving the premises to consume alcohol on public roads.

"Yesterday in the district of Guararé, the authorities had allowed three activities in which two were danceable and one was a barrier (bullfights), but the people took to the public thoroughfare to drink and drink. Instead of allowing the free movement of vehicles, having to proceed as guarantors of the rules to be evicted in a persuasive way, from which I feel that a good effect arose since there was no need to use physical force, letting the citizens know that they were committing an administrative offense, "said Deputy Commissioner Sergio Delgado, head of the Los Santos Police Zone.

Deputy Commissioner Delgado reminded the population that the coronavirus is still present and they must take care of themselves.

It should be noted that these days in this town the Marjoram Festival is being held in Guararé, which leads to typical celebrations of this activity.
#Coronavirus

mike 367 days ago
The coronavirus is present for more than 60 years. Ask the experts.
View all comments (2)Add comment