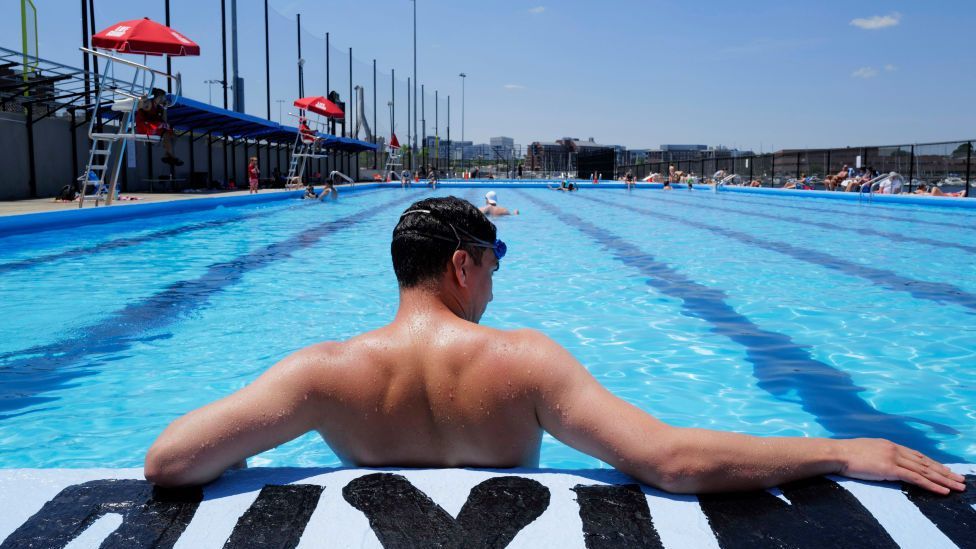 A national lifeguard shortage caused by the Covid pandemic is forcing pools across the US to limit hours, reduce programmes, or shut down entirely.

Major cities throughout US states are scrambling for the summer, as the American Lifeguard Association says one-third of pools in the country will be affected.

New York City has cancelled public swimming programmes. Houston and Chicago have not opened some of their public pools as planned.

"The shortage is real," Motti Eliyahu, a lifeguard trainer, told the BBC.

He estimated that he's trained 1,300 lifeguards over the past four months, and he's seen a higher demand for these workers than ever before.

In Long Island, New York, Mr Eliyahu said pools are so desperate for lifeguards that they are getting into bidding wars for their services. At the beginning of the summer the typical lifeguard pay was $16 per hour. Now, pools are offering $20 per hour. "It's not just a New York thing. It's literally happening across the country right now," he added.

"It is a crisis," said Bernard J. Fisher II, director of health and safety at the American Lifeguard Association. His organisation calculates that the one-third figure will rise to one-half of pools by September.

And simply increasing wages will not solve the problem.

"The reason is that we're just not training the numbers that we need to in order to rebuild the supply of lifeguards that we had prior to the pandemic," Mr Fisher said.

Before Covid, there were some one million certified lifeguards available to work each summer, according to Mr Fisher. But the pandemic interrupted that supply chain, as fewer people were swimming or training to be guards.

The profession requires recertification every two years. So not only did the industry attract fewer new recruits during the pandemic, but many of its workforce saw their qualifications expire.

Compounding the problem was a lack of visas. Many lifeguards are students from overseas, said Lindsay Mondick, a water safety expert with the YMCA, a youth sports and hostel chain. When the US limited student visas in June 2020, it also limited its lifeguard supply. Those visas are coming back as pandemic restrictions loosen, but the shortage remains.

"We have been concerned about this potential lifeguard shortage for a number of years now," Ms Mondick said. "But I would say that Covid-19 and the current tight labour market has really exacerbated this issue".

With high demand and a limited supply, Ms Mondick said the YMCA is offering bonuses, increasing pay, and offering full-time instead of part-time positions.

Phoenix, Arizona, is offering a $2,500 incentive bonus to the next 500 lifeguards that are hired, according to Mr Fisher. 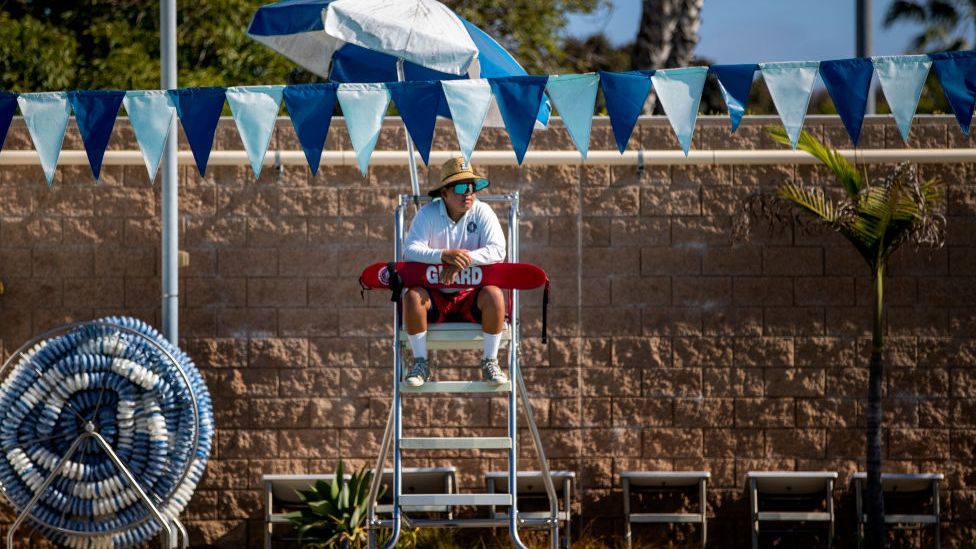 Kayla Stickelman, 19, a lifeguard at an apartment complex in New York, currently makes $16.25 per hour, but said she is considering a large number of other, higher-paying offers. And she's encouraging her friends to apply for jobs as well.

But most are not interested. "It's the certification," Ms Stickelman explained. "It's expensive."

The YMCA is now covering the cost of that training in hopes of attracting more candidates. Mr Fisher thinks other employers will need to do the same. Otherwise, the pool of lifeguards will remain well below demand, even if their pay increases.

"Right now the Titanic is sinking and there's only one lifeboat left. It doesn't matter how much money you throw at the person that's deciding who gets on the boat," Mr Fisher said. "There's only one boat".

If more people don't get certified, the shortage will continue and parents like Jovani Oyola will have trouble getting their children to a local pool.

When Mr Oyola and his eight-year-old daughter showed up to their local pool in the Bronx, New York, they encountered a long queue and found the allotted number of spots had already been filled. "I don't want to break her heart. She's looking forward to this," Mr Oyola thought.

So they took an Uber across town to another pool, only to find it was closed.

"I'm like the outdoor dad. So this is kind of cramping our style a little bit," he said. He found the shortage to be "kind of random," though he added that "after the pandemic nothing really surprises me anymore". 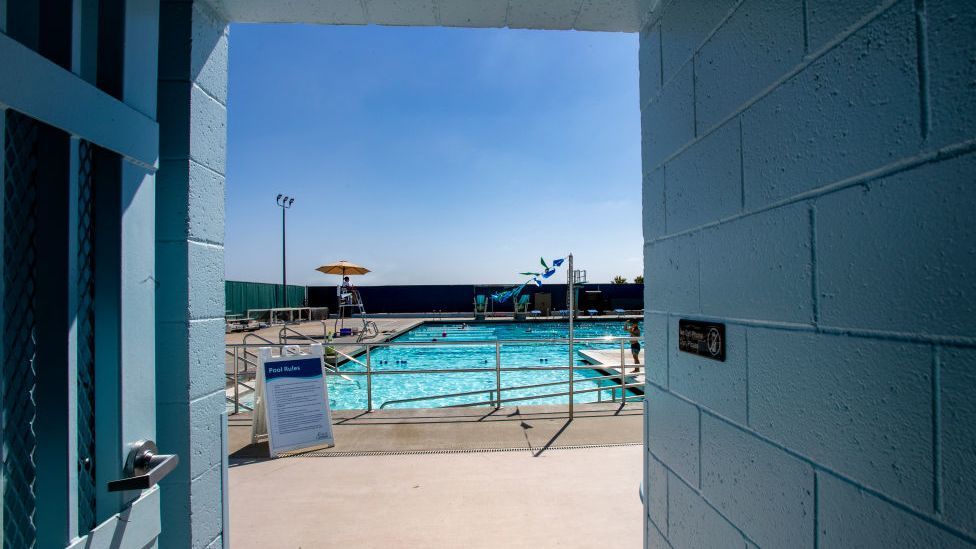 "It's such a crisis that if we don't start resolving it this year it's going to be even worse next year, which I just can't imagine," he said.