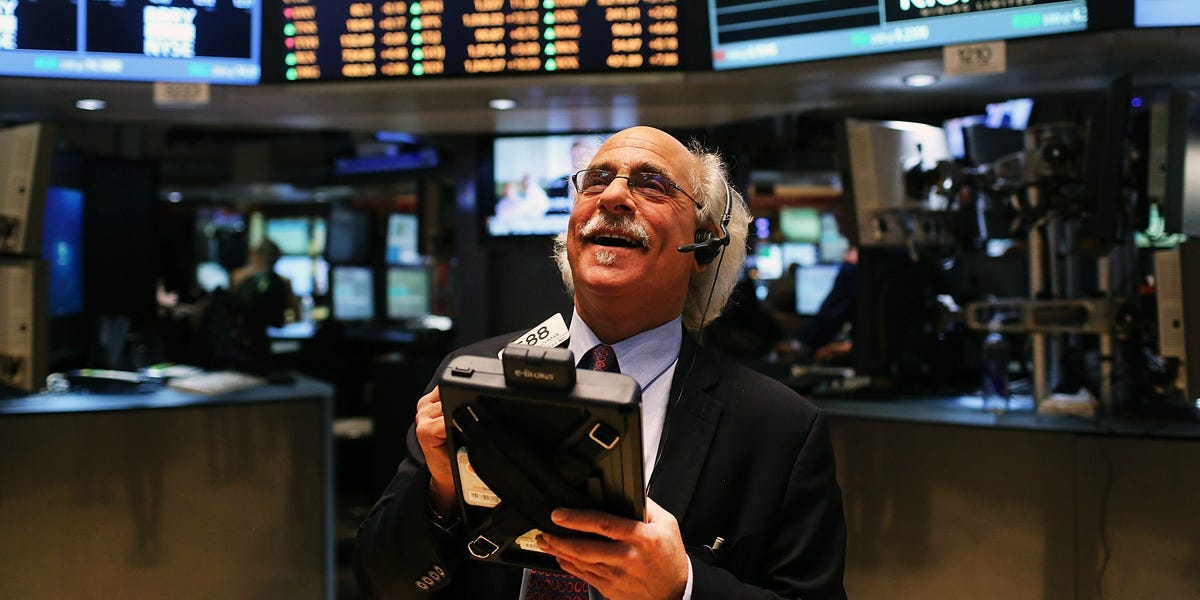 US stocks soared on Wednesday, led by the Nasdaq Composite, which was up as much as 4% after Federal Reserve Chairman struck a dovish tone in a speech to the Brookings Institution.

The other major indexes also spiked on the Fed chief's comments. The Dow Jones Industrial Average surged 737 points and the S&P 500 ended up more than 3%.

In his remarks, Powell said there are signs inflation is beginning to finally ease, and that it makes sense for the Fed to slow down its interest rate hikes as soon as December.

"The time for moderating the pace of rate increases may come as soon as the December meeting," Powell said, though he did hedge his comments by saying there is still work to be done in terms of taming inflation.

But Fundstrat's Tom Lee believes Wednesday's speech from Powell could mark a shift going forward that leads to a less hawkish Fed. "It is entirely possible the December hike of 50 basis points could be the last hike," Lee told clients in a Wednesday note.

Here's where US indexes stood at the 4:00 p.m. ET close on Wednesday:

Here's what else happened today:


*  The US dollar is on pace for its largest monthly loss since 2010. In November, it has fallen 4.2% against a basket of currencies, according to the WSJ Dollar Index.

*  Elon Musk called on the Federal Reserve to slash interest rates as soon as possible in a Tweet on Wednesday. Musk warned that the rapid rate hikes this year have dramatically increased the risk of a deep and painful economic downturn in the US.

*  Musk isn't the only person warning of a steep recession ahead. Both Michael Burry and Danny Moses of "The Big Short" fame warned of an imminent downturn ahead.

*  Kraken, the third-largest cryptocurrency exchange by volume, said on Wednesday that it would slash 30% of its work force.

*  Economic data was mixed on Wednesday, with third-quarter GDP growth revised upwards to 2.9% from 2.6%. Meanwhile, the November payroll report from ADP showed private companies adding 127,000 jobs, well below estimates for 190,000 jobs. The Labor Department's November jobs report will be released this Friday.

In commodities, bonds and crypto: