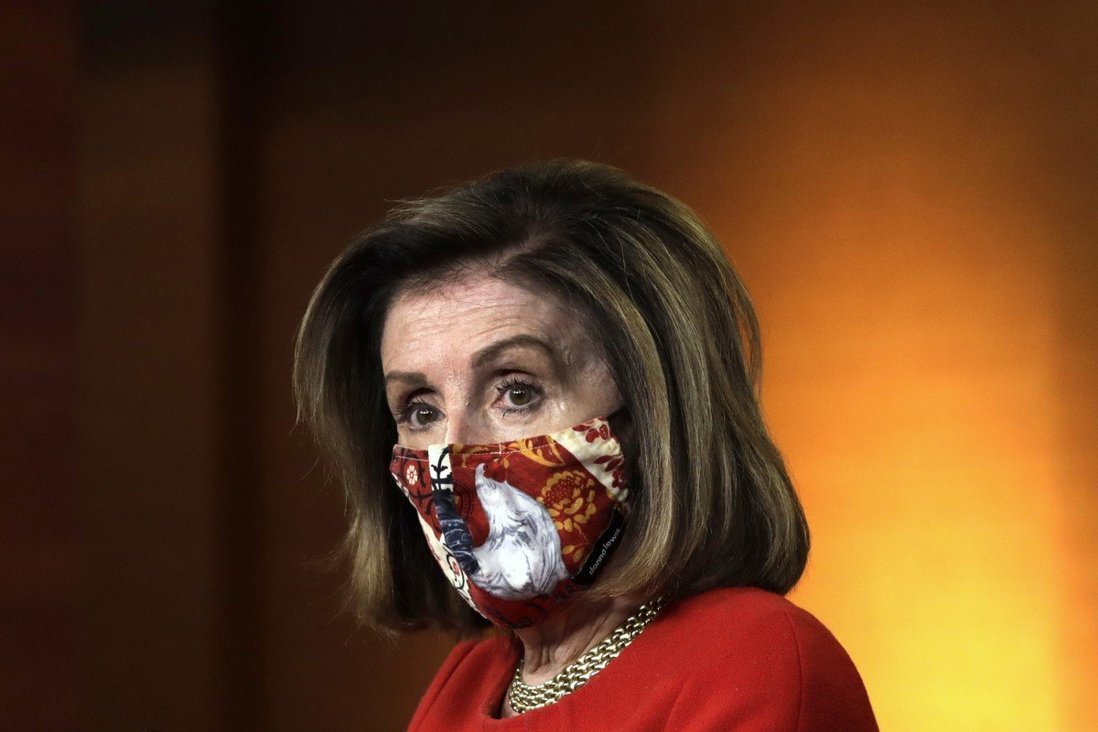 ‘The situation of this unhinged president could not be more dangerous,’ said House Speaker Pelosi.

The leading Democrat in the US Congress, Nancy Pelosi, said she spoke to the nation’s top general on Friday about taking precautions to prevent an “unhinged” President Donald Trump from accessing nuclear launch codes in the final days of his term.

Pelosi’s statement came just before congressional Democrats began a conference call to discuss whether to impeach Trump for an unprecedented second time, two days after his supporters – inflamed by his false claims of election fraud – stormed the US Capitol, smashing windows, sending lawmakers into hiding and leaving five dead.

“The situation of this unhinged president could not be more dangerous,” Pelosi said. The House of Representatives speaker said she had discussed the matter with Army General Mark Milley, the chairman of the Joint Chiefs of Staff.

While US presidents have access to the codes needed to fire nuclear weapons 24 hours a day, no top military or national security official has expressed any concern publicly about Trump’s mental state with regard to nuclear weapons.

Milley’s office said that Pelosi had initiated the call and that the general “answered her questions regarding the process of nuclear command authority.”

A US official, speaking on the condition of anonymity, said that any use of nuclear weapons is a highly deliberative process.

In opening the conference call, Pelosi called Trump “an insurrectionist” and said the members were there to discuss “how we go forward,” according to a source on the call.

A day after an uncharacteristically subdued Trump promised in a video to ensure a smooth transition to President-elect Joe Biden’s administration, he returned to a more pugilistic tone.

On Twitter, he praised his supporters and said, “They will not be disrespected or treated unfairly in any way, shape or form!!!”

Trump also confirmed he would not attend Biden’s January 20 inauguration, departing from a time-honoured tradition that typically sees the outgoing president escorting his successor to Capitol Hill for the ceremony. The practice is seen as an important part of the peaceful transfer of power.

At least one Senate Republican, Ben Sasse of Nebraska, said he would consider supporting an impeachment proceeding.

Sasse, a frequent Trump critic, told CBS News on Friday he would “definitely consider” any articles of impeachment because the president “disregarded his oath of office.”

Even if the House impeaches Trump at such short notice, the decision on whether to remove him would fall to the Republican-controlled Senate, which has already acquitted him once before. With Trump’s term ending in 12 days and the Senate expected to be in recess until the day before, the prospects of an actual ousting appear unlikely.

Removing a US president requires a two-thirds majority in the Senate. Republican Senate Majority Leader Mitch McConnell has not commented on a possible impeachment.

Ray 124 days ago
This CRIMINAL DEMOCRAP CALIFORNIA POLITICIAN....NEEDS TO SPEND MORE TIME EATING HER ICE CREAM....AND LESS TIME INSULTING THE PRESIDENT....AND HIS VOTERS!
She deserves PROSECUTION FOR MANY THINGS....AND DESERVES CRIMINAL PENALTIES ENFORCED UPON HER!
California has been crossed OFF MY LIST. Lived there as a child in 1953, south of San Diego. Will NEVER set foot in the state again. Even airport connections are no more. PeeLousy has corrupted the whole state and there is no salvation.