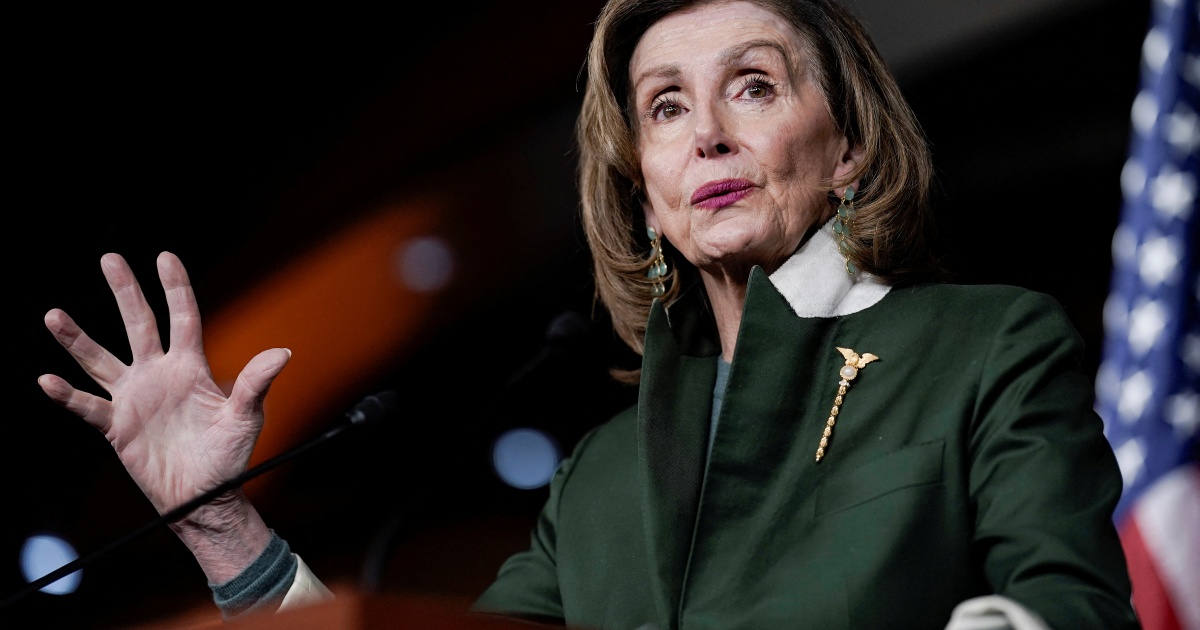 Nancy Pelosi latest US official to test positive for COVID

Nancy Pelosi, the speaker of the US House of Representatives, has become the latest United States official to contract COVID-19 after several legislators and cabinet members also tested positive for the virus this week.

Drew Hammill, a spokesperson for Pelosi, said the 82-year-old Democratic leader tested positive on Thursday but was asymptomatic.

“The speaker is fully vaccinated and boosted, and is thankful for the robust protection the vaccine has provided,” Hammill said in a statement.

Pelosi was in close proximity to President Joe Biden at a ceremony for the signing of a postal reform bill on Wednesday.

The White House said in a statement on Thursday that the president tested negative for the virus.

“The president is not considered a close contact of Speaker Pelosi as defined by the [US Centers for Disease Control and Prevention]. The President saw Speaker Pelosi at White House events and had brief interactions over the course of the last two days,” the White House said.

“Last night as a part of his regular testing cadence, the president tested negative. He will continue to be tested regularly. The president wishes Speaker Pelosi a speedy recovery.”

Vice President Kamala Harris, whose communications director tested positive on Wednesday, also returned a negative on Thursday, a White House official was cited as saying by the Reuters news agency.

Several of the officials who tested positive had attended events in Washington, DC, together. Most legislators with positive tests have said they have mild cases, crediting vaccination for their light symptoms.

“I am feeling fine – thanks to being vaccinated and boosted,” Peters, a California Democrat, said in a statement on Wednesday.

Kilmer also said he was not experiencing symptoms. “I am currently asymptomatic – and I am grateful to be vaccinated and boosted. I will follow CDC guidance and isolate for the next several days. My office will remain fully operational,” he wrote on Twitter on Wednesday.

COVID-19 cases in the US, which peaked in January with the spread of the Omicron variant, have been in decline for months.

The US has reported more than 80 million confirmed COVID-19 cases and more than 984,000 deaths linked to the virus since the outbreak of the pandemic in 2020, according to data compiled by John Hopkins University.

Oh ya 178 days ago
Well so much for the clot shot doing what they told the public that it was a vaccine. Now if it does what it was really intended to do all will be good
View all comments (1)Add comment