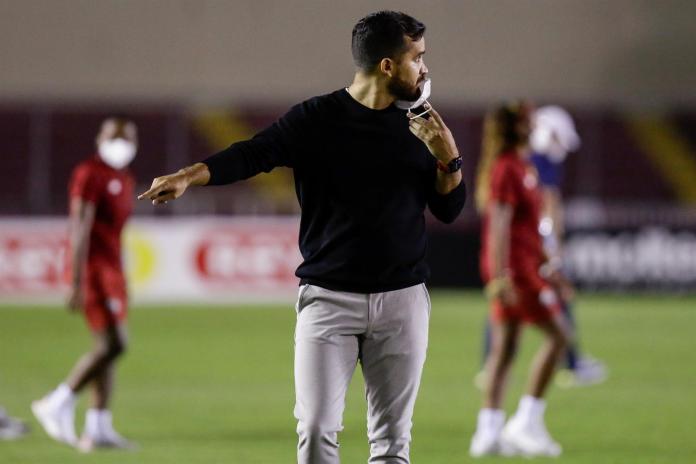 Mexican Ignacio “Nacho” Quintana, coach of the Panamanian women’s soccer team, said they are aware that they are playing for their pass to the final octagonal round of Concacaf on the way to the World Cup Australia-New Zealand 2023 in the duel in April against El Salvador.
“We will take the match against El Salvador as a final, as we have taken the matches so far. We know that El Salvador is a dangerous team and has players who are abroad and are very similar to what we can see in the octagonal,” said the coach in an interview broadcast by the Panamanian Soccer Federation (Fepafut).

Quintana assured that from El Salvador they have a lot of information to do the preliminary analysis and try to counteract what is dangerous, but “we will also focus on ourselves, we have to improve a lot.”

“We have some deficiencies in defense, that other teams are not going to forgive and the scoring opportunities have to be more forceful,” he said.

She warned that in terms of physical fitness, many players are coming off a four-month break, “we have to improve their physical condition so that many of them are more in rhythm by April.”

Regarding the goal difference, Quintana pointed out that “we are not pressured to score more goals or receive fewer goals than other teams, we simply win the games and we are sure that the four of us are going to pull it off.”

He added that “statistics play a role, but winning all four games is in our heads.”

The Panamanians resolved their first matches with victories, 5-0 at home against Barbados and 8-0, in their visit to the El Cuscatlan stadium in El Salvador, against Belize.

Panama, at the end of the first two dates, is the leader of group D, with six points and 13 goals for and none against, followed by El Salvador, with the same number of points, but one less goal in its favour, Aruba , Barbados and Belize complete the classification without points.

The coach pondered the group’s attitude, the credibility and the ambition of the girls in the face of the commitment they have, which is to reach the World Cup.

“Nacho” announced that they have scheduled for April, where they will face Aruba and El Salvador, two microcycles with players from the local league, with whom they were part of these first two games and some want to see.