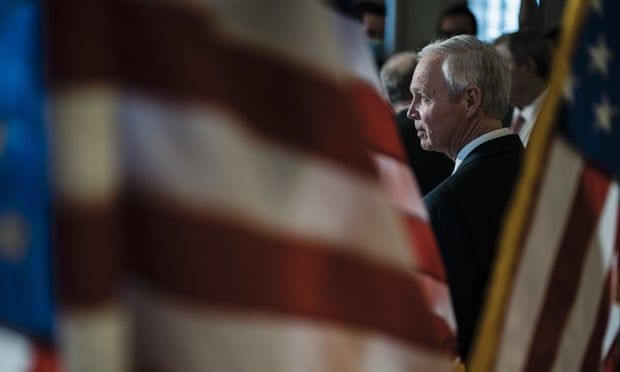 Hunter Biden and Anthony Fauci will be prime targets of Senate Republicans should the party win control in November, a senior senator said.

Asked by the Hill what he would want to investigate should he control a committee with subpoena power, Ron Johnson of Wisconsin said: “Like everything? It’s like a mosquito in a nudist colony, it’s a target-rich environment.”

Fauci, 81, has served seven presidents as head of the National Institute of Allergy and Infectious Disease. He has played a lead role in the response to the coronavirus pandemic, which has killed more than 970,000 in the US. He has become a hate figure on the political right, even leading to threats against his security.

Fauci suggested this week he could soon retire, telling ABC News: “I’d love to spend more time with my wife and family. That would really be good.”

But high-profile clashes with Republicans including Senator Rand Paul of Kentucky have shown Fauci is likely to remain a prime target for GOP attacks.

Paul is in line to chair the Senate health committee. In one headline-making clash with Fauci, in July 2021, Joe Biden’s chief medical adviser told the hectoring senator: “You do not know what you are talking about.”

Earlier this year, Paul said: “If we win in November, if I’m chairman of a committee, if I have subpoena power, we’ll go after every one of [Fauci’s] records.”

Johnson, who has advanced Covid conspiracy theories and advocated unproven treatments, told the Hill: “There’s so much more in terms of what happened with our federal health agencies that we need to explore.”

Hunter Biden, 52, is the president’s surviving son. His business activities, particularly regarding Ukraine, have long been a Republican priority. Donald Trump was impeached for the first time for withholding military aid to Kyiv while seeking dirt on the Bidens.

A laptop once belonging to Hunter Biden has re-emerged as the subject of scrutiny, particularly after the New York Times this week reported on his tax affairs.

In 2020, Johnson played a prominent role in a Republican investigation which counted Hunter Biden among its subjects. Democrats then won two run-offs in Georgia, to control the 50-50 Senate via the vote of the vice-president, Kamala Harris.

Johnson will seek a third term in November but faces a tough fight in Wisconsin.

“I’d kind of like to wrap that up,” he told the Hill of his investigation of Hunter Biden. “We’ve been trying to get his travel records for a couple of years now.”

Other areas of likely Republican attack, the Hill said, included border security and immigration and the US withdrawal from Afghanistan.

A spokesman for the Democratic Senatorial Campaign Committee said Republicans were preparing to pursue a “toxic agenda”.

“I’ll be that mosquito,” he said. “Hard to tell what targets I might pick. They’ll all be juicy.”