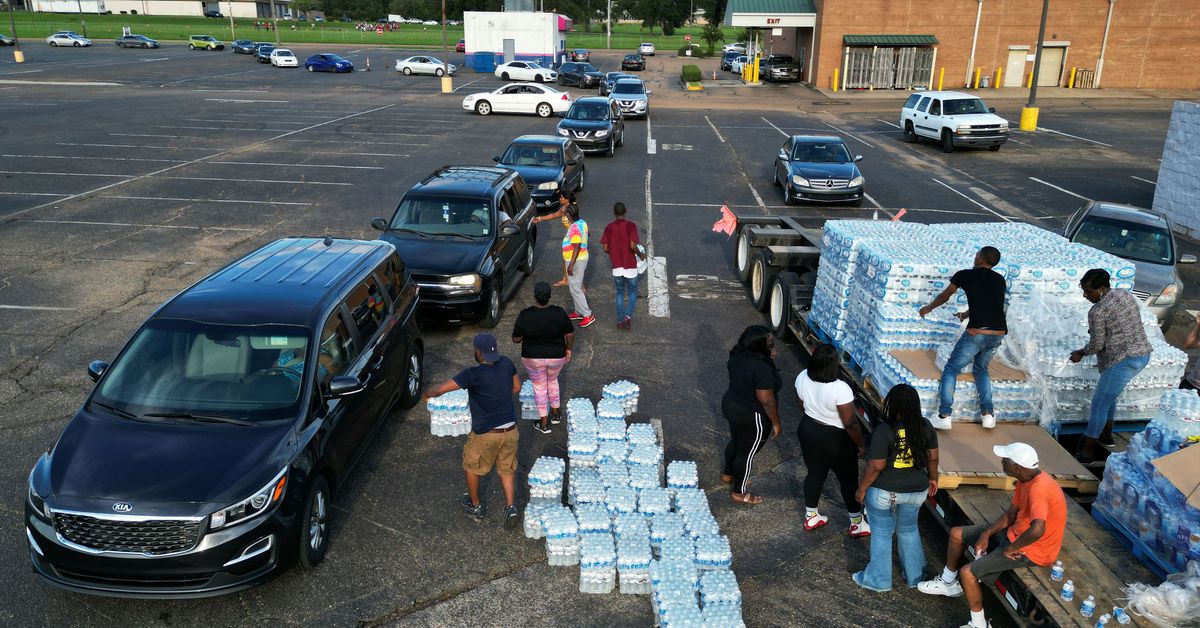 Seven new distribution sites opened in Mississippi's state capital on Thursday to dispense bottled water to people who have been without clean tap water since the city's long-troubled treatment plant failed four days ago.
While residents continued to line up at distribution sites and grocery stores in Jackson for bottled water, the city said "significant gains" had been made overnight in repairing the O.B. Curtis Water Plant. Complications from recent floodwaters knocked the plant offline on Monday night.

"There are some challenges remaining to navigate over the next few days, but the outlook for today is currently continued progress," the city said in a statement. It said limited water pressure had returned to some areas.

Mississippi Governor Tate Reeves said 600 members of the National Guard would be deployed to the new water distribution sites through the city and surrounding area of 180,000 affected people.

"To everyone in the city, I know that you are dealing with a profoundly unfair situation. It's frustrating. It's wrong. It needs to be fixed," Reeves said during a news conference.

The crisis has hobbled Jackson. Many stores and restaurants have shuttered, while the public school system and Jackson State University have been forced to move classes online.

"I have me and six kids here. I have to constantly remind them, 'Do not brush your teeth with that water, do not wash your face with that water,'" said Denika Samuel, who was at home helping her children with remote schooling.

"Me as a parent, I'm going to do whatever it takes for us to survive during this water crisis."

Since the plant failed on Monday, state and local crews have raced to install a temporary pump and make repairs and adjustments to existing equipment. The city said on Thursday that more than half of the tanks on the surface system have begun filling back up and that the pressure throughout the system would continue to improve as tank levels increase.

U.S. President Joe Biden's administration approved an emergency declaration late on Tuesday to free up federal assistance, while the Federal Emergency Management Agency and Environmental Protection Agency had been sent to Jackson to assist.

"We are going to continue to work with the state and local government officials to explore, I can tell you, all options to ensure that the people of Jackson have the access ... to clean, safe drinking water," White House spokesperson Karine Jean-Pierre told reporters.
#Joe Biden

Oh ya 27 days ago
This is because it never rains in Mississippi. Government leaders at there best LOL
View all comments (1)Add comment