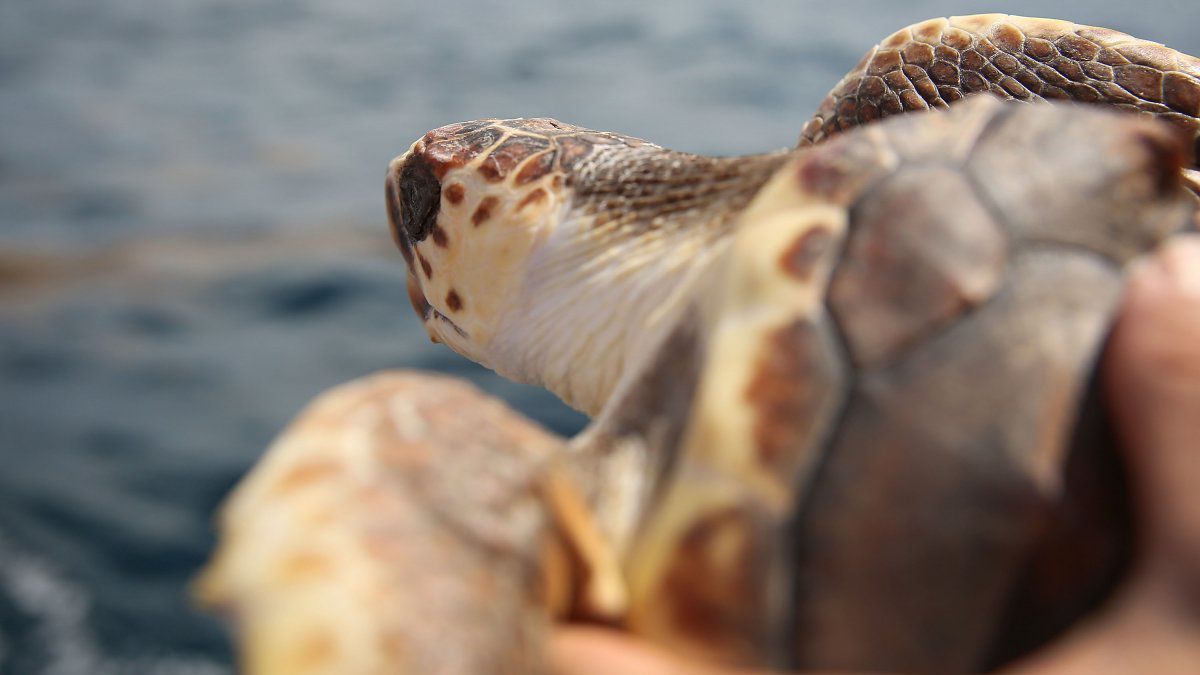 Sea turtles are in danger due to excessive and illegal capture of adult specimens.
A tagging program has allowed the Panamanian authorities to calculate more than one million sea turtles born in the Central American country in a decade, the Ministry of the Environment (Miambiente) reported on Tuesday.

"The National Program for the Marking of Sea Turtles , in its 10 years of execution, registered approximately 3,500 turtles, whose nesting occurs on our beaches, thus implying the birth of more than a million turtles (hatchlings) in Panama," said the office of Environment.

This figure reflects only the number of newborns registered within the National Marking Program, "so it is not ruled out that it is even higher," added the official information, which highlighted "the effort made by the country to establish mechanisms to protect the Marine turtles.

The results of the program "have been encouraging" since it has been possible to mark turtles that "are in danger of extinction" including the olive ridley or olive ridley turtle (Lepidochelys olivacea), the leatherback or channel turtle (Dermochelys coriacea), the hawksbill turtle (Eretmochelys imbricata) and the green or white turtle (Chelonia mydas), said the Miambiente.

Sea turtles are in danger due to excessive and illegal capture of adult specimens, the looting of their eggs on nesting beaches, the pollution of the seas, the destruction of their habitat and the effects of natural phenomena such as red tides. explained the Panamanian office.

The marking program is executed by the Ministry of the Environment, organizations and community groups, and is carried out in several beaches in Panama, each one channeled as a different project, so the plates are not the same.

The tags were provided by the Eastern Pacific Sea Turtle Assessment and Ecology Program of the National Office of Oceanic and Atmospheric Administration (NOAA), a scientific agency of the United States Department of Commerce whose activities focus on in monitoring the conditions of the oceans and the atmosphere.

"With this initiative, Panama joins countries such as Mexico, Honduras, Costa Rica, the Dominican Republic, Ecuador and Peru, which use this measure to know the reproductive biology, movements, stranding, distribution and growth rates" of sea turtles.

The health status of the turtles is also evaluated. In each monitoring day, a veterinarian is in charge of evaluating each specimen and medical attention is given if necessary, explained the Miambiente.

The head of the Department of Coastal and Marine Resources Management of the Ministry of Environment, Marino Ábrego, indicated that the studies show that the frequency of turtles in some places has been increasing.

However, in others, such as Isla Cañas, the frequency of nesting has decreased and currently "research work is being carried out to identify the reasons" for this behavior.

"The most interesting thing that has been observed in the monitoring sessions is that some turtles that have been tagged, in the case of the olive ridley or olive ridley turtle, have returned to the beach at intervals of 14 to 15 days, which is extremely important. because it is part of the behavior of this species that nests several times during a season, "he added.

In the Coiba National Park, turtles have been observed that have been marked in Playa Mata Oscura (Pacific) and another that was marked in the Osa Peninsula in Costa Rica, the official information specified.