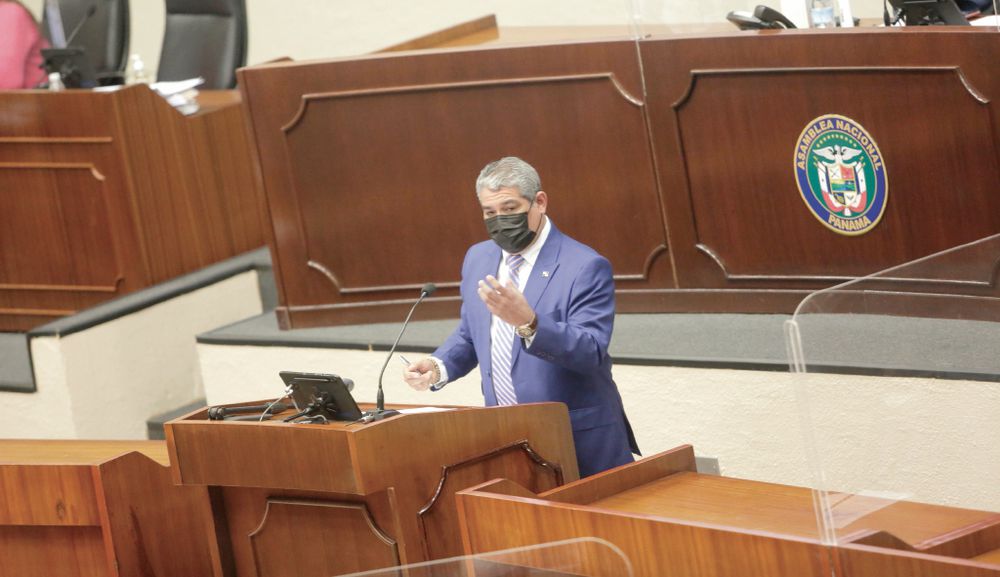 More than $ 1.4 billion has been earmarked for the pandemic

To date, $ 1.4 billion has been allocated for the management of the Covid-19 pandemic in Panama. Of that total, $ 969.5 million has already been disbursed, while there is $ 435.8 million to pay.

This was explained yesterday by the Minister of Economy and Finance, Héctor Alexander, before the plenary session of the National Assembly (AN), in a session in which the Ministers Luis Francisco Sucre and Erika Mouynes, of Health and Foreign Relations, respectively, also participated.

The ministers answered the deputies questions related to the health strategy to combat the pandemic and the plan to reactivate the economy.

Alexander explained that $ 1,068 million [of the $ 1,405.3 million] were allocated to the Panama Solidario program. Another $ 291.6 million have been invested in the health sector and $ 35.9 million in security. The remaining $ 9.8 million has been assigned to different entities, such as the National Authority for Government Innovation.


Several of the questions posed by the deputies focused on vaccines and their distribution. Sucre denied that any company was involved in the process. While Mouynes and the Deputy Minister of Health, Ivette Berrío, who also attended the Assembly, reiterated that in the first quarter of the year the 450,000 doses of vaccines agreed with the Pfizer company will be received. "In the next seven weeks the doses agreed with the pharmaceutical company will be received," said Mouynes.

She added that the first delivery of 216,000 doses of the AstraZeneca vaccine is expected to be received in March, as part of the agreement through the multilateral Covax mechanism. In total, Panama plans to receive 1.1 million doses through the Covax mechanism.

Mouynes, for her part, clarified that Minister Sucre is the one who signs the contracts on behalf of the State with the pharmaceutical companies that supply the vaccines.

While the president of the Assembly, the PRD deputy Marcos Castillero, who presided over the session, gave courtesy of the room to the nurse Eusebia Copete, National Head of Nursing of the Minsa. She explained that teams of trained immunization nurses are prepared to face the challenge of vaccinating as many people as possible, "quickly and efficiently."

She specified that a team of two people, one that adapts the space and another that applies the vaccine, can vaccinate 15 people per hour. He said there are 228 nurses ready for immunization, which would result in 114 immunization teams.

Copete explained that they plan to vaccinate 58,000 inhabitants over 60 in the district of San Miguelito in a period of 5 and a half days, through the logistics that the Minsa will apply once the necessary doses arrive.

Sucre was cautious in answering certain questions. "God forbid" was his answer to the question of whether another total quarantine is expected to be decreed in the future.

He said that the pandemic is an "uncertain" situation and that the closures are based on the numbers handled by the Ministry of Health.

The deputies questioned the effectiveness of the quarantines implemented in Panama during the last 11 months of the pandemic. "We had one of the strictest and longest quarantines in the world," the deputy of the independent bench Raúl Fernández said in plenary session. He added that other countries have had shorter quarantines and have fewer infections. Sucre responded that "that is relative" and maintained that other countries have seen repeated waves of infections and have been forced to close.

Despite the lengthy session, some of the questions posed were not fully answered. This was the case, for example, of the request for a breakdown of registered deaths by age range and chronic diseases.