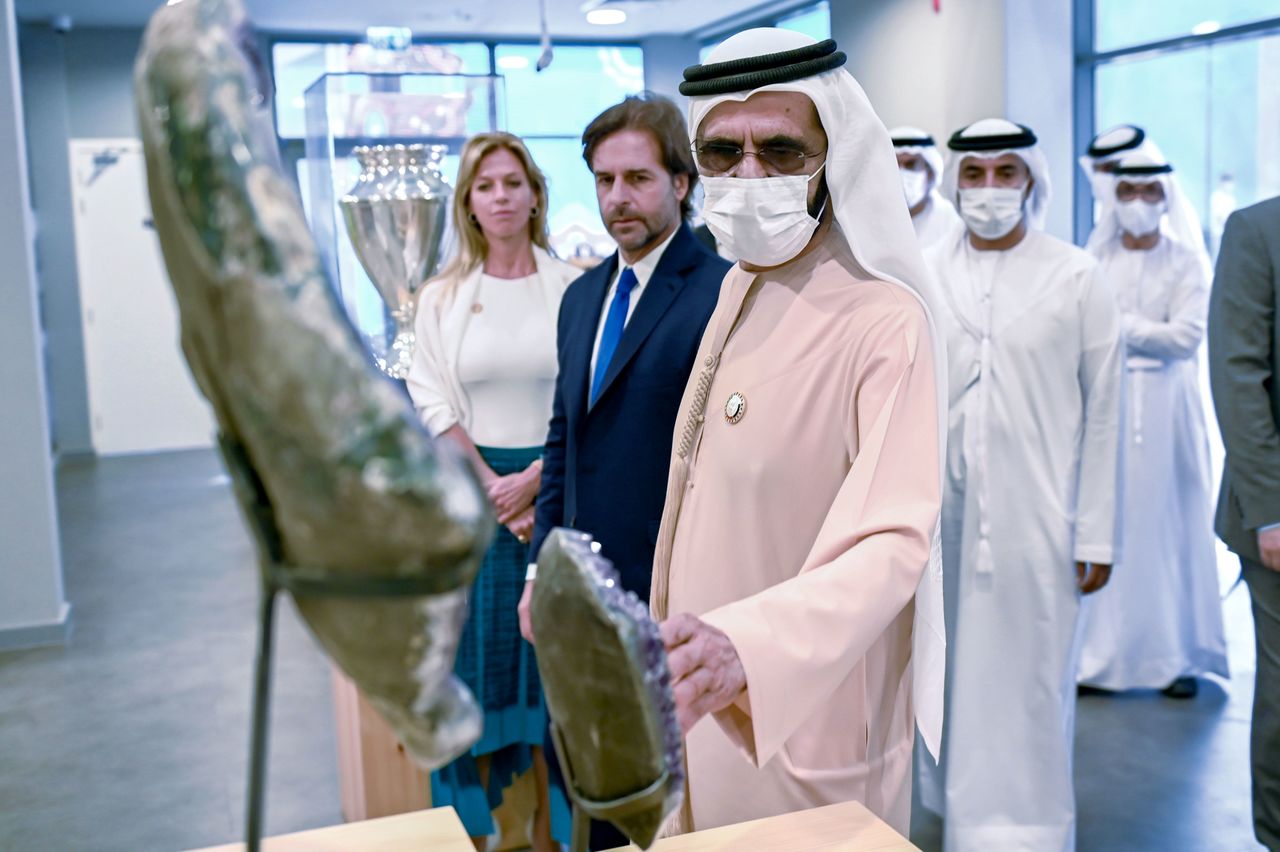 His Highness Sheikh Mohammed bin Rashid Al Maktoum, Vice President and Prime Minister of the UAE and Ruler of Dubai, today met with Luis Lacalle Pou, President of Uruguay, who is currently on an official visit to the UAE to participate in Uruguay’s national day celebrations at Expo 2020 Dubai.

His Highness welcomed the President and his accompanying delegation, in the presence of His Highness Sheikh Maktoum bin Mohammed bin Rashid Al Maktoum, Deputy Ruler of Dubai, Deputy Prime Minister and Minister of Finance.

During the meeting, which took place at the Uruguay pavilion, the two leaders discussed ways to further strengthen bilateral relations between the two nations in various spheres, including business, investment and tech sectors. The meeting also explored new avenues for expanding cooperation to serve the development goals of both countries.

The meeting discussed Expo 2020 Dubai’s role in building bridges of cooperation and bringing people together to learn about the world’s various civilisations and cultures, as well as discover new tech breakthroughs and solutions that serve humanity.

The President of Uruguay expressed his appreciation for the warm welcome and hospitality he received during his visit to the UAE. He said his country’s participation at Expo 2020 Dubai provides a new opportunity for both countries to take bilateral relations to greater heights.

President Luis Lacalle Pou also congratulated the UAE on the exceptional hosting of the mega event, and said that the UAE has set an example for the world for promoting dialogue, coexistence and peace. He also wished the UAE and its people further progress and prosperity.

During the tour, His Highness learned about Panama’s efforts to facilitate global trade through the Panama Canal, a man-made wonder that links the Pacific and Atlantic Oceans and connects the two Americas to the rest of the world.