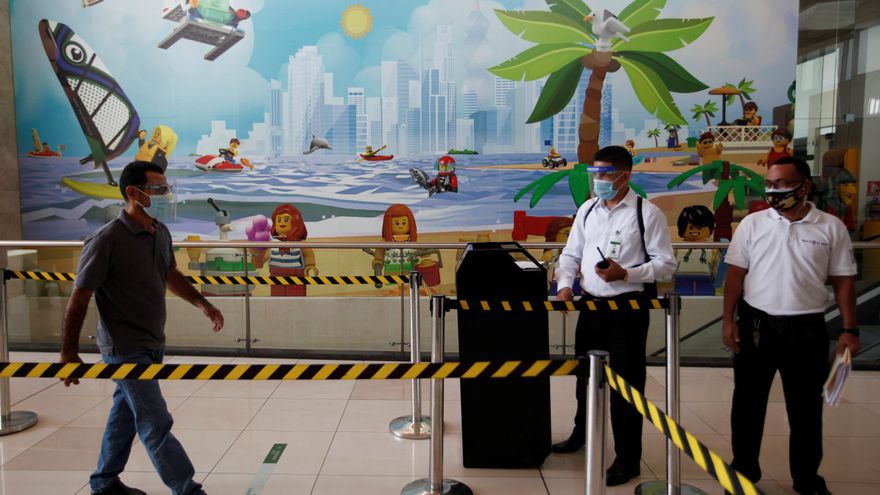 Mobility hours are extended in Panama and Panama Oeste

The Ministry of Health of Panama announced the flexibility of mobility measures in the provinces of Panama and Panama Oeste. The restriction of circulation by hours according to ID number was eliminated, and mobility is maintained on specific days according to gender. Women will be able to circulate on Mondays, Wednesdays and Fridays; and men on Tuesday, Thursday and Saturday, from 5:00 am to 7:00 pm
In addition, physical activities in the open air and walking with pets will be allowed.

This measure, which will begin on Monday, August 24, arises after various economic sectors were opened, and citizens expressed lack of time to carry out basic procedures.

On Sundays the total quarantine will be maintained.

On the other hand, the entity indicated that the curfew on Saturdays and Sundays in the provinces of Chiriquí, Colón and Bocas del Toro, will be maintained.

The productive activities were suspended at the national level from the second week of March, and for the gradual reopening of businesses, the National Government divided economic activities into six blocks, however the owners of commercial establishments warned that despite the opening, time given to customers is not enough.

The opening of the rest of the economic activities, at the national level, will depend on citizen behavior, RT, hospital capacity and other factors.

Panama registered its first case on March 9 and is the country most affected in the Central American region in terms of deaths and infections. Currently, the country exceeds 82 thousand cases of coronavirus and adds more than a thousand deaths
#Coronavirus
Add Comment