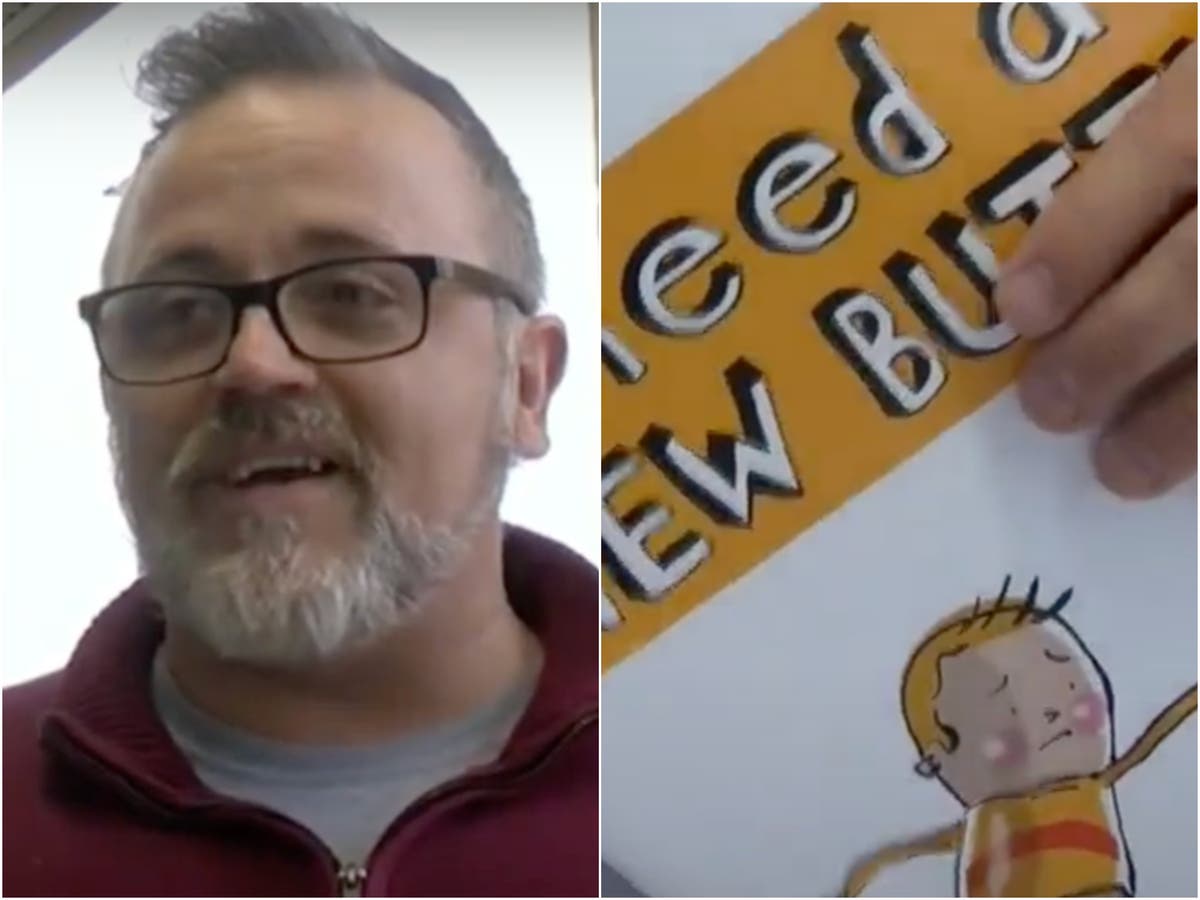 The book has over 15,000 positive reviews on the Amazon Canada website. ‘I didn’t think twice about reading it because I’ve never had an issue with it before,’ fired assistant principal says

An assistant principal in Mississippi has been fired after reading the children’s book I Need a New Butt to a group of second-graders.

Toby Price told local media that he was laid off from Gary Road Elementary School in Byram, south of Jackson, without warning after reading the Dawn McMillan book to students aged seven and eight, WJTV reported.

In a Facebook post on 7 March, Mr Price confirmed that he had been let go “for reading an awesome book to kids”.

“It’s a funny silly book. A book that kids love,” he added on the page for his GoFundMe fundraiser. “I am just looking for some help to pay bills while I look for another job. I have two kids with autism and another BPD. Thank you for helping. We have found an attorney and need help with the fee.”

Mr Price told WLBT that he read the book during a Zoom session with students after a guest reader failed to appear.

“My boss told me ‘go ahead and read,’” Mr Price said. “I grabbed one of my favourite books that I had nearby, I read it to them.”

“I didn’t think twice about reading it because I’ve never had an issue with it before,” he added. “There are other books that have much more suggestive material that are much more widely accepted.”

In a letter ending Mr Price’s employment, the Hinds County School District said he had caused “unnecessary embarrassment” and said he was let go because of his supposed “lack of professionalism and impaired judgement”, according to WJTV.

The book follows a young boy who suddenly realizes his butt has a large crack in it.

“So he sets off to find a new one. Will he choose an armor-plated butt? A rocket butt? A robot butt? Find out in this quirky tale of a tail, which features hilarious rhymes and delightful illustrations,” a summary of the book states. “Children and parents will love this book — no ifs, ands, or butts about it!”

The recommended age for the book is between six and 10 years old.

Hinds County School District officials told Dailymail.com that they didn’t know if the complaint was made on behalf of students or parents.

Mr Price has spent almost two decades in education, with ten years at the principal level. He has also taught first, fourth, and fifth grade.

The Hinds County School District board will hold discussions concerning the incident, but a hearing date hasn’t been determined.

The book has a 4.7 out of five rating on Amazon, with mixed feelings among those compelled to write a review.

Amazon user Kayinsun said it was a “creepy book” with images showing “full butts not just cracks here and there...one pic shows a man painting on a boy’s butt, another has the boy walking as a naked model on the red carpet with adults watching, another has the boy going into a dark nightclub with a bumper on his butt. I will not be reading this to my child anytime soon .. too much effort to return. Creepy stuff!”

Another reviewer wrote that neither of their grandkids “thought this was funny. The 4 yr old announced after page 1 that ‘this doesn’t make sense, everyone knows there’s a crack there!’ There was a smile about the idea of using a bumper only after I explained the word ‘bum.’ They both thought pages were missing at the end. I did too. Neither has been interested in reading it again and I don’t think I can donate it because I’m sure some will find it offensive”.

But user Heather007 wrote that “if you’re not a prude, buy this book. You’re in for a ton of giggles coming from your loved ones if you do”.

“I didn’t have high expectations for this book and simply purchased it to see what it was like. When I received it, I was incredibly amused, as were all three of my children, ages, 2, 7, and 9,” she wrote.

Mr Price told WJTV that he was “very upset” after his firing. “I did what I could to dry my face up.”

Attorney Joel Dillard, who represents Mr Price, told the local outlet that the book is “available on Hinds County’s own e-book programme for students” and that “there is a problem in this state in particular with respecting the rights of teachers to speak out”.