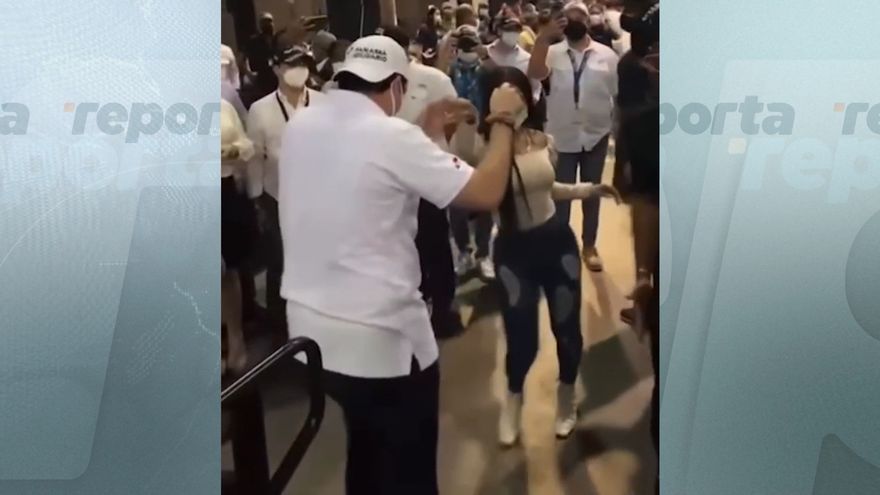 The Ministry of Health (Minsa) will investigate whether the COVID-19 biosafety measures were breached in the ceremony to commemorate the anniversary of the Panama Solidarity Plan, said the Minister Counselor of Health, Eyra Ruiz.
“I spoke with the Minister of Health (Luis Sucre) very early, he says that he is going to do an investigation to see what happened if the biosecurity measures were not maintained because the event was to entertain and encourage the seven thousand workers who were there, with music whenever they play background music so that the work is smoother, but he did not understand that there was dancing, so the ministry will do the pertinent investigations," said Ruiz.

According to the Minister Counselor, in Atlapa there is music every day to lift the spirits of the volunteers.

"It was set up to acknowledge all the workers of Panama Solidario, of all the institutions, in the end what happened was that there was an emotion on the part of another group and the background of what the entertainment was was misrepresented," he said.

The National Government issued a statement regarding the commemoration that has generated a shower of criticism.

According to the note from the Presidency, it was an act of recognition for volunteers from the program and not a dance.

The note indicates that in the event there were Congo dances and modern dances, in the afternoon, the members of the National Police (PN) Music Band performed, and Osvaldo Ayala Ensemble that performed four 4 musical pieces.
#MINSA  #Sucre  #COVID-19  #Covid
Add Comment