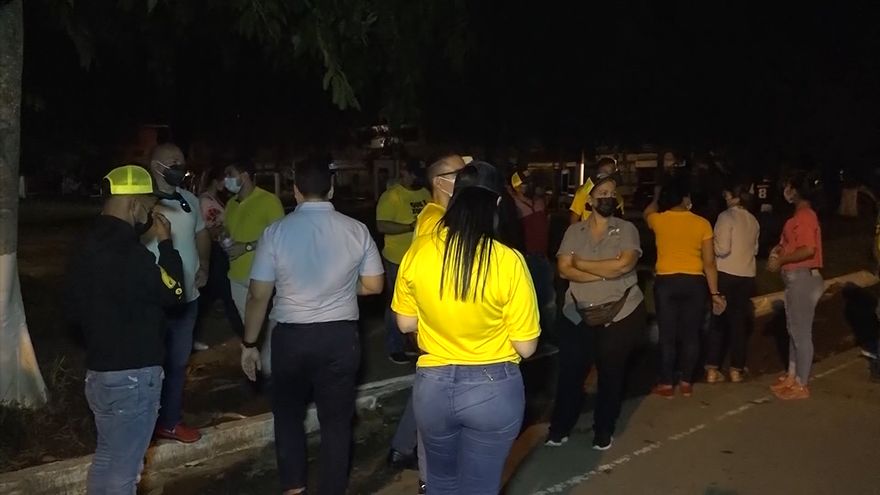 The Ministry of Health (Minsa) of Panama sanctioned a group of people who were gathered yesterday, Saturday, in a place in the city of David, in the province of Chiriquí, for not complying with sanitary measures.
According to the entity, it was found that there was no adequate distancing coupled with another series of situations that ended with the driving of a person who apparently had summoned the attendees.

For his part, Luis Eduardo Camacho after the activity of the “Realizando Metas”(realising goals) party said that they were as they have done in different provinces in meetings, where biosecurity measures are kept and with the use of masks.

The Minsa reiterates through a statement that meetings outside the family bubble are prohibited and that during this month operations will continue where sanctions will be vigorously applied to those who violate the rules.
#MINSA

Jim Curtis 90 days ago
Gross incompetence by Minsa and the powers that be...or a plot to destroy the economy and the people of Panama for subjection to a One World Government? Now is the time for patriotic Panamanians to come to the aid of their country. Resist the restrictions and get out the message: the government that governs least governs best.

Oh ya 90 days ago
Only 99.8 % of the people live through this flu so let's destroy the people and the country. Hey Minsa maybe people are getting tired of this crap
View all comments (2)Add comment