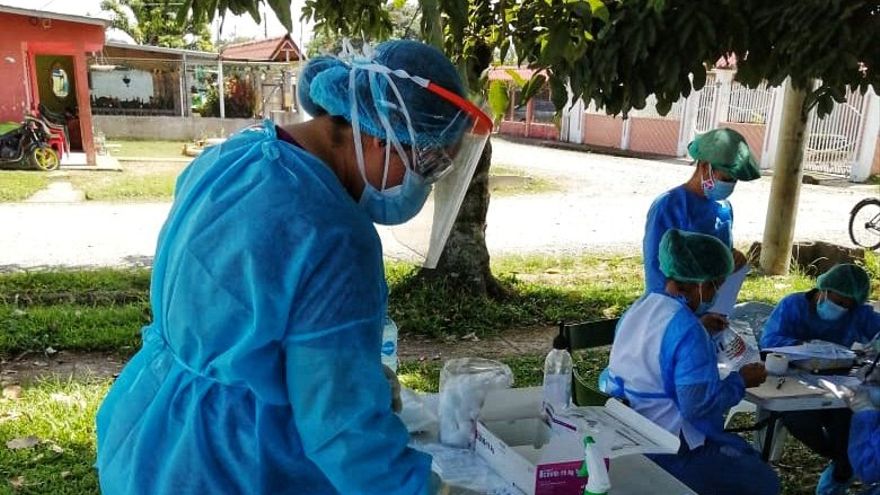 For this Tuesday, September 1, the epidemiological report of the Ministry of Health of Panama (Minsa) reported that the Rt or reproductive number of COVID-19 is 0.96, compared to 0.94 that was marked in the previous week.
Despite the slight increase in this indicator, the director of the Metropolitan Health Region, Israel Cedeño, said that it is important to keep it below 1, since this represents that a person in Panama infected with this virus can only infect one person or none.

Cedeño said that there has also been a decrease in hospitalizations in the last weeks of July, which has allowed to maintain hospital capacity.

On the provinces that are in red before the incidence of infections are Bocas del Toro, Panama, Colón and Veraguas. While Herrera and Los Santos remain in green in the graphs with the presentation of fewer cases in the country.

Cedeño pointed out that despite the rise in the application of tests, their positivity has remained at 18.3%, adding that new methodologies are being applied, since antigenic or rapid tests are being used to give more coverage to the population and detect cases earlier.

It was reported that the district with the highest Rt is San Martín in East Panama, which presents a 2.95.

In the case of deaths, Cedeño highlighted that there has been a decrease since the last weeks of July, remaining below the threshold of 3, in the country the lethality of the virus is 2.2%; and this, according to the director, occurs because fewer and fewer people with vulnerabilities are infected.

The contagion continues to be more lethal in people who are 60 years or older. And in mortality statistics, males have the highest mortality rate.

Finally, the Minister of Health, Luis Francisco Sucre, pointed out that the reopening in the country will continue to occur if we manage to maintain indicators such as the Rt at 1 or below it, the lethality of COVID-19 below 3%, the availability of beds in wards with more than 20% and in intensive care units by 15% or more.
#MINSA  #Sucre  #Cedeño  #COVID-19  #Covid
Add Comment